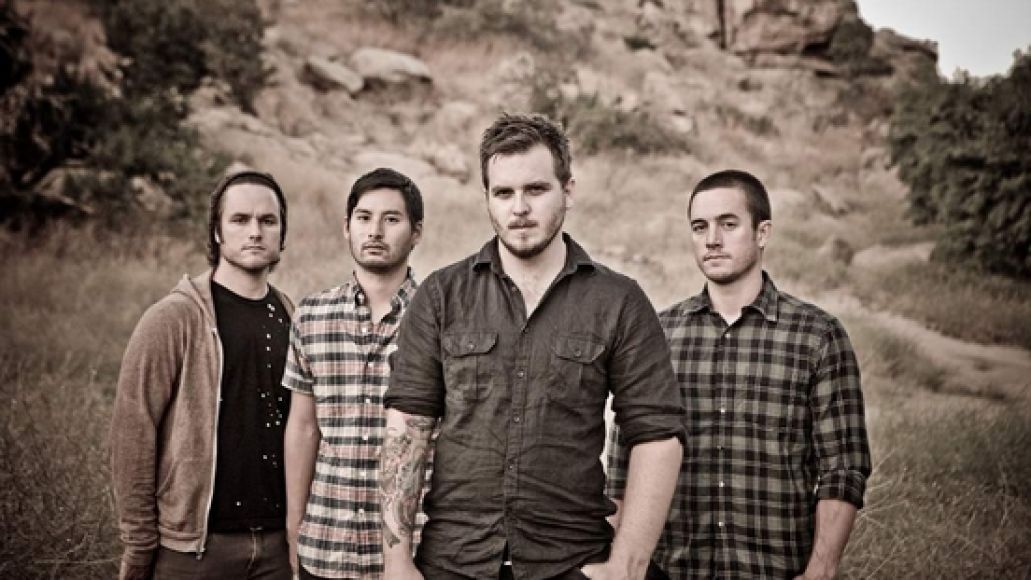 Ever-evolving, post-hardcore rockers Thrice will will follow up 2009’s Beggars with Major/Minor, their eighth LP due out September 20th through Vagrant Records. Dustin Kensrue and his SoCal crew have been hard at work in Santa Monica with producer Dave Schiffman, who previously shared studio credits with Thrice on Beggars and 2005’s Vheissu.

“We have really been trying to be observant of flow, tempo, key, dynamics and the storyline of the song,” the band recently explained from the studio, where they’ve been fielding fan-submitted questions on their website. “This has meant multiple key changes, tempo changes, and adjustments to dynamics that change mood, flow and synergy between instruments.”

When inquired how the band has been so successful in creating a sound that is both sparkle and bite, guitarist Teppei Teranishi responded, “that equipment is only 50% of the sound. The other 50% obviously being the guitar player.” His advice? “If you want your sound to be big and aggressive, you have to play big and aggressive.”

In addition to user-friendly Q&A sessions, fans can satisfy their Thrice itch with studio footage from the album’s sessions. That should help alleviate the three month wait.