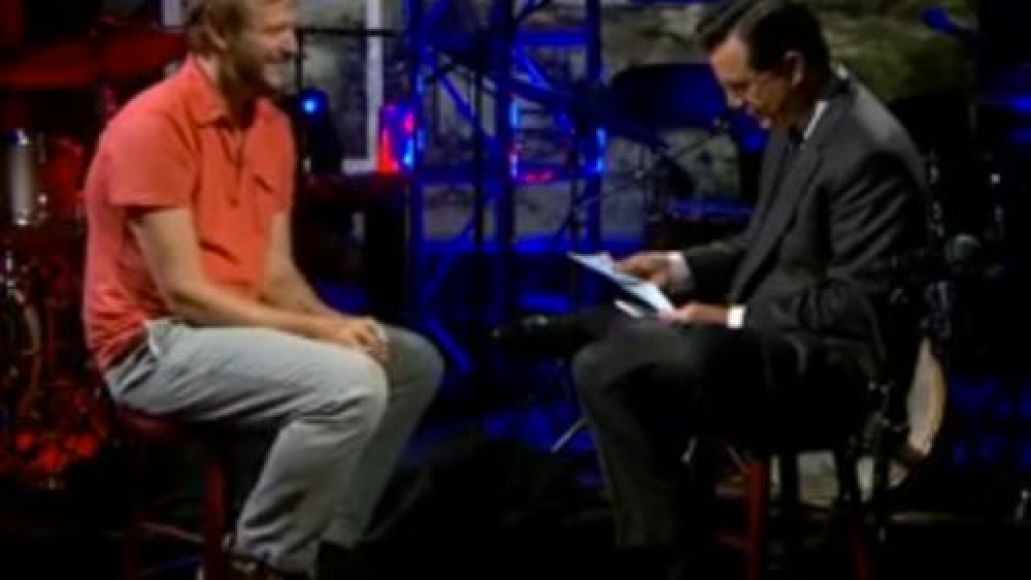 Stephen Colbert is dedicating this week to his very own summer concert series. The awesomely titled StePhest Colbchella — what else did you expect? — promises performances from Florence and the Machine and Talib Kweli, along with a “number of segments” featuring Jack White, but the late night talker kicked it all off on Monday night with the man who can currently do no wrong — Justin Vernon of Bon Iver.

Before performing a stellar version of “Calgary”, from his self-titled sophomore LP, Vernon sat down with Colbert to discuss, among other things, his college major and minor, the correct pronunciation of “Bon Iver” and how it’s not short for ‘Bonathan,” and the fact Vernon is the only artist to have a stage name less pretentious than his real name (Justin DeYarmond Edison Vernon). Via Mr. World Premiere, watch the on-air highlights below, as well as an exclusive web-only performance of the Bon Iver classic “Skinny Love”.

Bon Iver is out today via Jagjaguwar.