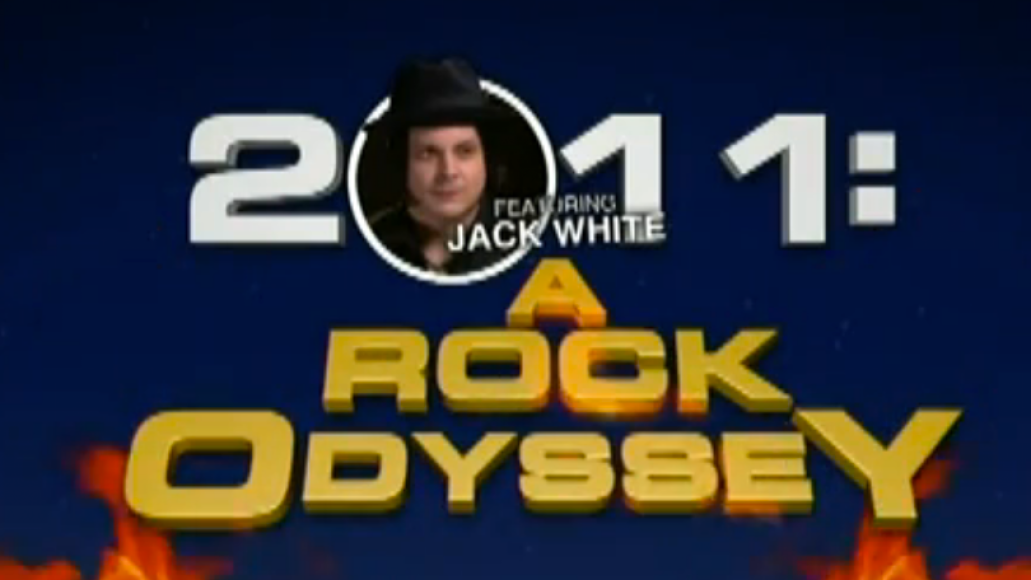 Last night, Jack White and Stephen Colbert got to know one another, plus discussed ways to make money off yogurt. In part two of “2011: A Rock Odyssey featuring Jack White,” the Third Man Records CEO and the late night talk titan got down to business. Colbert, who hopes to reignite his past rock glory days with a White-produced hit, asks if White can guarantee a Grammy victory, since the former White Stripes frontman is, after all, a “Grammy factory.” From there, the discussion points vary from White’s influences, and his favorite memory of Colbert’s old band, which leads to the best LOL of the night, as well as Colbert’s drug addiction. Finally, the two discuss the song itself and we learn White’s plan is to match Colbert up with the Third Man-signed Black Bells. “With your qualities and their good looks and talent, we can probably put something together,” White explains. We’ll hear for sure when they debut the song in the final installment of this epic mini-series on tomorrow night’s episode of The Colbert Report. In the meantime, peep part 2 below.