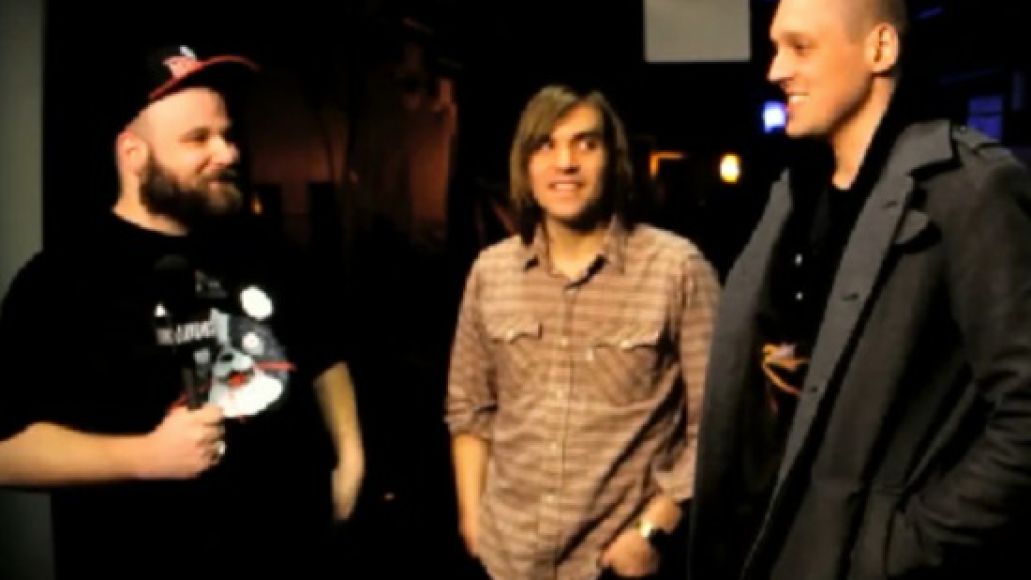 Besides both acts being Canadian and each having shockingly won major industry awards, Fucked Up and Arcade Fire have very little in common (can anyone believe they toured together?!) But thanks to FU frontman Damian Abraham‘s gig as the host of MuchMusic’s The Wedge, you can see the man they called Pink Eyes interview (and bear hug) AF’s Win and Will Butler as a part of the short documentary The Wedge Presents Arcade Fire. In the interview portion, the Brothers Butler talk about the band’s phenomenal rise to fame, their stance on award shows, playing in Haiti and the group’s connection with the country,  moving to larger venues, working with Terry Gilliam, and Win Butler’s hair. The 30-minute mini-doc also features insight from some of the band’s friends and collaborators, including Owen Pallett. Check out the three-part documentary below.