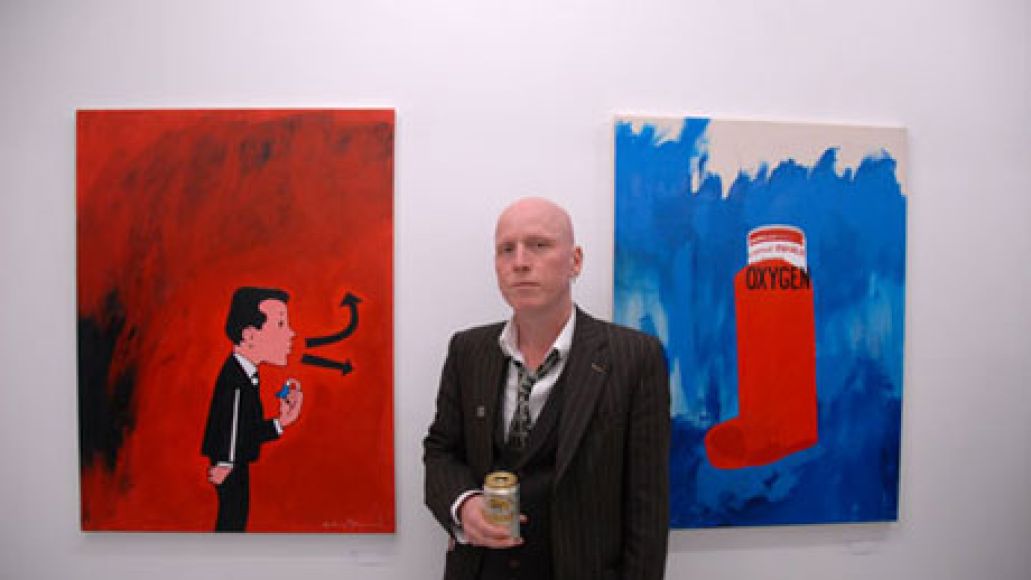 Pavement’s final album, 1999’s Terror Twilight, was riddled with cliché tales of a band falling apart, and diverting from their normal recording path wasn’t exactly helping the situation. For the first time in their career, Pavement brought in an outside hire to produce the album, long-time Radiohead producer Nigel Godrich. While the end result was somewhat of a mixed bag, it undeniably had that Radiohead feel to it (just compare the opening lines of “Spit on a Stranger” with “My Iron Lung” or “No Suprises”). And if that’s not enough of a Radiohead connection for you, Jonny Greenwood, a long-time Pavement fan, added harmonica to “Platform Blues”. With OK Computer and Beck’s Mutations under Godrich’s belt, Terror Twilight would prove to to be a lovely mess, and probably wouldn’t exist in its current state without the seven degrees of Radiohead. –Jeremy D. Larson

In 2000, two particular artists had watershed years in which they released critically-acclaimed albums that were drastically different from their previous sound. Radiohead dropped the alternative rock vibe that was spread throughout the ’90s, opting for the electronic and eccentric stylings of Kid A. Less than a month later, PJ Harvey released Stories from the City, Stories from the Sea. Rather than the unsettling, dark sounds that surrounded 1995’s To Bring You Me Love and 1998’s Is This Desire?, this album was full of beautiful melodies and lush layers.

Right in the middle of the record is Thom Yorke’s appearance on “This Mess We’re In”. Unlike the distorted, masked vocals he favored on Kid A, his voice is crystal clear here as it alternates between emotional pleas and passionate falsettos. It counters Harvey’s soft-sung lines in the chorus and doesn’t feel like an intrusion, which famous guest spots can occasionally become. Instead, the song and appearance slid right into the flow of the tracklisting. With chemistry like this, we’d love to see another collaboration, even if it’s just the length of a song. -Joe Marvilli

Originators each in their own right, Thom Yorke and Icelandic songstress BjÃ¶rk have collaborated on more than one occasion. The pair first worked together in 2000, on an album version of the song “I’ve Seen it All”, for the soundtrack to the BjÃ¶rk-starring film Dancer in the Dark. Listeners received their first taste of the potential of this dynamic duo, with Yorke’s vocals lent to BjÃ¶rk’s playful ideas as a songwriter. The two would later reunite in 2008, only this time through file-sharing. BjÃ¶rk was responsible for the production on “NáttÃºra”, adding Yorke’s backing vocals to the charity single for Iceland’s NáttÃºra Foundation. -Lauren Rearick

The only song on Amnesiac to not come from the Kid A recording sessions, “Life in a Glass House” is arguably Radiohead’s most shocking track. Radiohead doing a New Orleans style funereal tune?  Shit, that’d be like Radiohead doing a New Orleans style funereal tune! But it happened, and it remains one of the band’s strongest and most affecting songs to date. And the idea came from the guy whose band literally jazzes the eerie song up, Humphrey Lyttleton. Radiohead enlisted the former radio personality and British New Orleans Jazz revivalist to help flesh the song out in studio, with little idea of what they were looking for. Lyttleton described arriving at the idea in an interview (via Ateaseweb): “We had a meeting up at the BBC and I said, sort of half jokingly, ‘Sounds to me as though the sort of thing that might go would be New Orleans funeral music’ because as you know, it’s not ‘Happy Days Are Here Again’ when they perform. And [Jonny Greenwood] said ‘Yeah, great idea’.” In Lyttelton’s own words, spoken after the band had spent over seven hours recording those additional parts, “That’s it, it’s not going to get any better than that.” -Drew Litowitz