The latest offering from BjÃ¶rk’s forthcoming LP Biophilia comes in the form of “Cosmogony”. The song will be available on iTunes tomorrow (July 19th), but you give it an early spin below (via All Neon Like).

Also available on iTunes tomorrow will be the Biophilia app. As previously reported, the Icelandic singer-songwriter will release 10 corresponding iPhone/iPod Touch/iPad apps for the album’s 10 songs, each which will feature “an interactive game based on the song’s scientific and musical subject matter” and which will allow users to manipulate the songs in different ways (via P4k). The Biophilia app will serve as the ‘mothership,’ with the other apps gradually becoming available within it in the corresponding months.

The Biophilia app is already available on iTunes’ New Zealand version and the product description offers the following words:

Comprising a suite of original music and interactive, educational artworks and musical artifacts, Biophilia is released as ten in-app experiences that are accessed as you fly through a three-dimensional galaxy that accompanies the album’s theme song “Cosmogony”. All of the album’s songs gradually become available inside Biophilia as interactive experiences, beginning with the first single “Crystalline”…

Biophilia opens into a three-dimensional galaxy with a compass allowing navigation between the 3-dimensional universe and a two-dimensional track list. Take a closer look by tapping on stars within the constellations and you’ll see that each is an in-app purchase that gives access to the inspired combination of artifacts for each new BjÃ¶rk song: interactive art and games, music notation which can be used to sing along karaoke-style, abstract animations, lyrics, and essays that explore BjÃ¶rk’s inspirations for the track. These artifacts bring together conventional and alternative ways of representing and making music to create an environment for entertainment and learning. Biophilia challenges the way we think about music. Here, for the first time, is a music album that exploits the multimedia capabilities of mobile interactive technologies.

And here are some in-app screenshots: 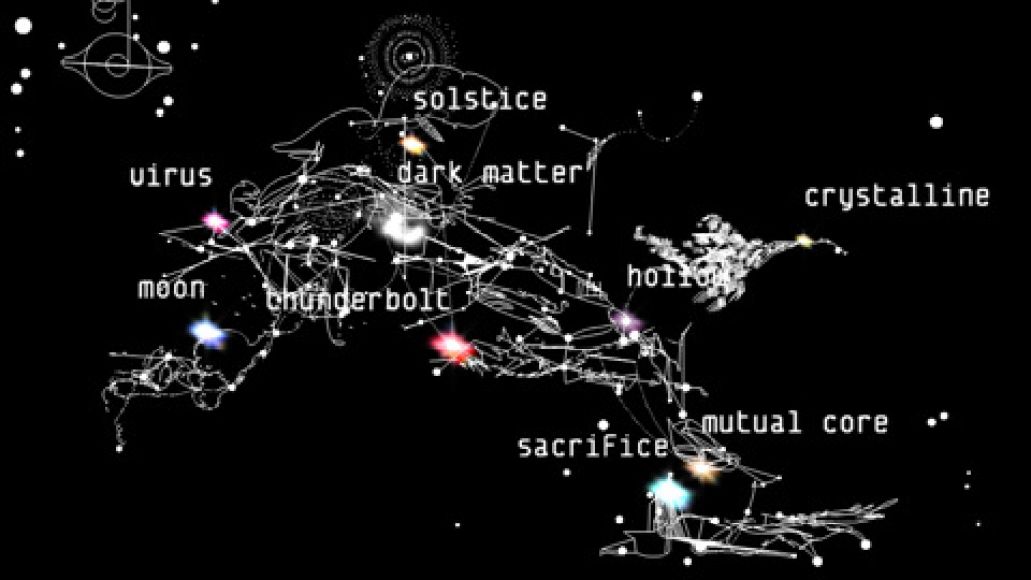 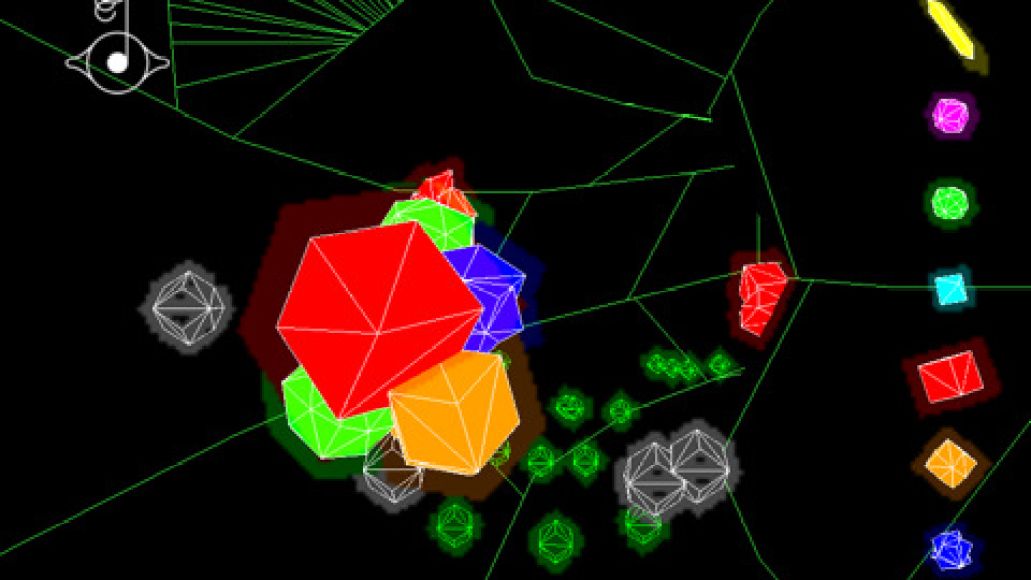 Update: Via Disco Naivete, check out an introduction to the Biophilia app narrated by British broadcaster David Attenborough:

And if that weren’t enough, BjÃ¶rk has also announced another residency, this time in her native Iceland. Her complete tour schedule is posted below.

The Biophilia album is due September 26th via One Little Indian/Nonesuch.