This past April, Seattle’s Experience Music Project (EMP) launched its latest exhibit, Nirvana: Taking Punk to the Masses. Utilizing over 150 artifacts from the band’s history, the story of the acclaimed Pacific-Northwest trio comes to life, in addition to one of the most fascinating and important movements in American music history: the independent punk scene. Recently, Consequence of Sound/Cluster 1 visited the Emerald City and stopped by the EMP to check out the much-talked about exhibit. What we discovered was a collection that’s not only heartbreaking, or strictly fascinating, but, above all, ultimately reassuring.

Come September, Nirvana’s breakthrough sophomore effort, Nevermind, turns 20 years old. So much has changed since its release. For one, the band has become less a garage band of yesteryear and moreover a cultural icon in rock ‘n’ roll. Following frontman Kurt Cobain’s tragic death in April 1994, the trio’s accessible blend of punk, noise, black metal, and, yes, pop music has ignited generation after generation of new fans, in addition to a round robin of imitators. But, that’s not why they’re important. Take away the college dorm room posters, the faded CDs (or cassettes!), and the crackled tour shirts, and it’s all just a dated myth. No, instead, the true core of Nirvana’s influence lie in the simple fact that rock ‘n’ roll really did change forever. What makes Nirvana: Taking Punk to the Masses so successful is that it embraces this idea. 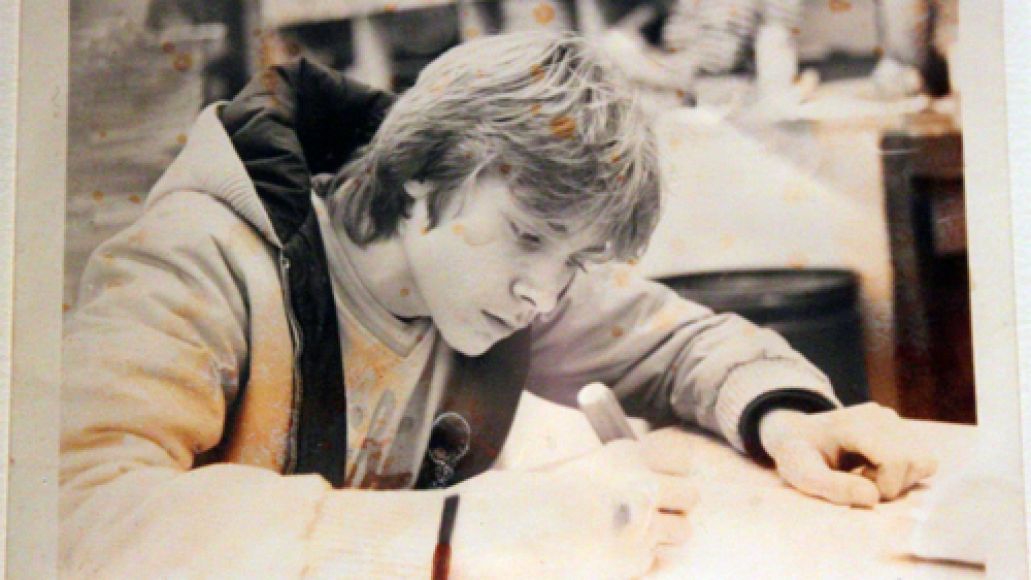 On the whole, the exhibit acts a walking history of Nirvana; from the band’s conception to its very unfortunate end. Visitors can see rare, never-before-seen relics like faded high school photographs of Kurt Cobain, Mari Earl’s (Cobain’s aunt) historic TEAC reel-to-reel tape machine which captured the infamous Fecal Matter demos, handwritten, crumpled up set lists, letters from Mark Arm, and the list goes on and on. Some die-hards will likely have a panic attack at seeing original journal entries by Cobain, or his mythic Univox Hi-Flyer Guitar, which he destroyed at Evergreen State College in ’88. For those willing to shell out a few extra bucks, bassist Krist Novoselic even narrates your journey via iPod, available as a rental outside the exhibit. It’s all unbelievable.

However, the most rewarding facet of the exhibit comes at the notion that Nirvana were only a small part of an incredible amassing scene. This isn’t kept a secret from you, either. In fact, it’s highlighted at the very start of the exhibit, in a section titled, “Building the Infrastructure”, which literally maps out the different underground music scenes that were happening all across America. This includes everything from Minneapolis’ HÃ¼sker DÃ¼ & The Replacements, to Massachusetts’ Dinosaur Jr., to New York’s Sonic Youth, and especially the surrounding Pacific Northwest territories. Readers of Michael Azerrad’s Our Band Could Be Your Life, who flipped voraciously through each band’s story, will spend countless hours here – and they can, without repeating too much, either. There’s plenty of literature to peruse, including cuts of audio from a myriad of acts and priceless interviews with a multitude of faces involved in each scene. It’s heaven for lo-fi historians. 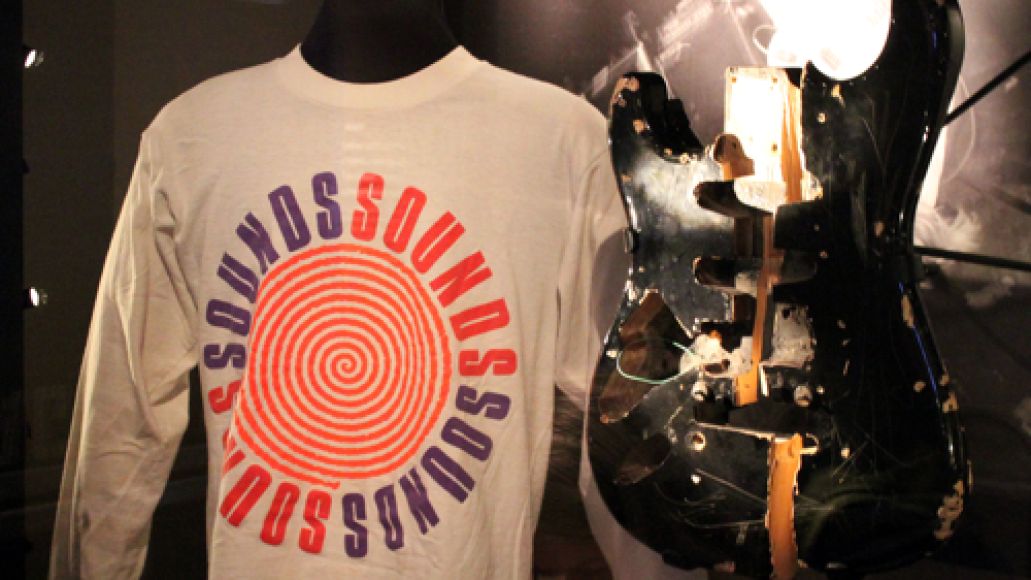 But, it’s something you have to see to believe. Really. As cliché as it reads, the exhibit is hard to put into words. EMP Senior Curator Jacob McMurray assembled one of the most efficient exhibits of its genre, giving Cleveland’s Rock & Roll Hall of Fame a run for its money. Since so many of you can’t make it out there, however, Consequence of Sound/Cluster 1 put together an extensive gallery and a mini-documentary, which actually features an exclusive interview with McMurray. For those of you who listen religiously to this music, to these respective scenes, you really owe it to yourself to hike out west and experience it in person. It’s a once in a lifetime exhibit that oozes with heart and passion. And if anything, you’ll eat some great fish while you’re vacationing, too. Win-win, right?

Photography by Heather Kaplan. For more information on the EMP, including ticketing and hours, please visit the venue’s website.
——