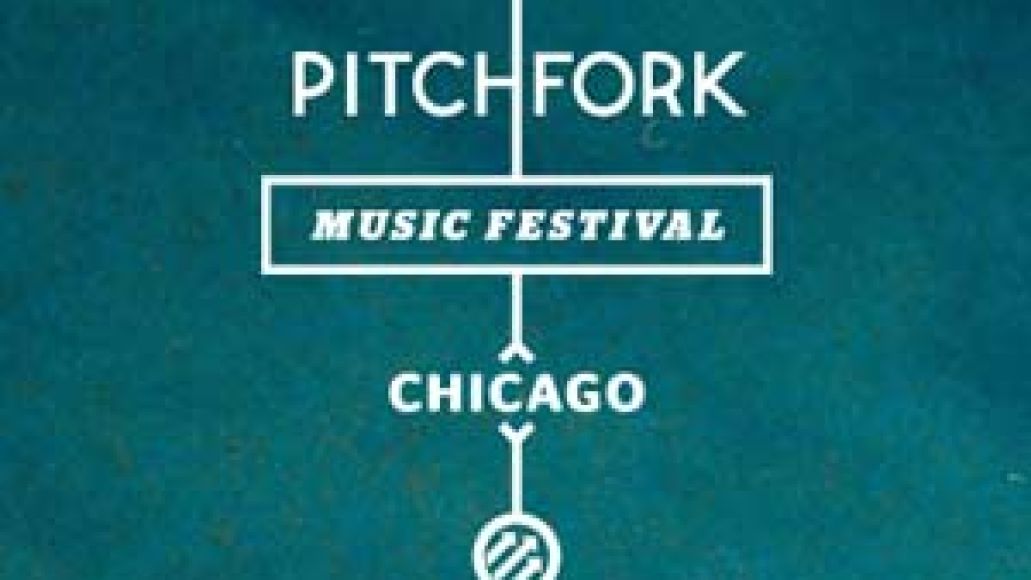 During Fleet Foxes’ headlining set on Saturday night, I looked up from the crowd to the jumbo-tron on the left and noticed the boom camera was high in the air shooting the audience. It was an endless sea of faces made orange by the stage’s flood light and a surprisingly powerful street-light that hung over the main stage. Eighteen thousand people watching Fleet Foxes — if you would have told me three years ago that this Seattle collective would be playing for 18,000 people I would have pushed you down a hill.

It’s a testament to the spirit of discovery that Pitchfork champions. Their passion for unearthing, promoting, and booking remarkable bands for Pitchfork Music Festival is always exciting, as many bands are new to the festival scene and aren’t used to thousands of people staring back at them. And during Fleet Foxes’ set especially, it became clear that one website’s passion for music has been transferred to the masses. Now that’s a feat.

Save for the controversy surrounding Odd Future’s performance (and the performance itself), this year turned out to be a very polite festival, and that’s not necessarily a good thing. Not to say there’s nothing to blog home about, but the bands that are still with myself, Adam Kivel, and Paul De Revere in the days after the festival are but Fleet Foxes, HEALTH, Deerhunter, TV on the Radio, Cold Cave, Woods who all seemed to be playing at their peak with definition, confidence, and clarity. They delivered some of the best sets of the weekend and, in hindsight, I wish there were more bands that were taking the next step up in the ambiguously tangible music ladder. Many of the bands on the bill were making nostalgia candy for all, in flux trying to carve out a new sound, or cutting their teeth much like the Fleet Foxes did three years ago.

There were plenty of acts we loved and very, very few we didn’t (see below), but there was an overall imbalance that lingers with me. Maybe last year’s lineup was too perfect, too timely to compare to this one. Maybe the music of 2011 is too unsettled to have found its vanguard. Maybe the PR fracas and the anarcho-punk of Odd Future’s set was the most relevant, most indelible memory of the weekend which can make for a hard pill to swallow. But the best thing about Pitchfork Music Festival is that there’s a needle for every groove — vegans get vegan gyros, record hounds get a bountiful record fair, interior decorators get 20 or so different graphic designers selling band posters at Flatstock, and everyone got three days of sun, weed, beer, friends, and over 30 of the best bands around.