With its cobblestone streets, outdoor cafés, and back alley artisans, Quebec City, Canada has long been referred to as “The Paris of North America.” But every July, it seems to have more in common with Chicago and Lollapalooza, as its historic downtown core is transformed into one of the world’s largest concert venues for the Quebec City Summer Festival. The “Festival d’été,” as it’s known locally, shares a great deal of similarities with Ottawa Bluesfest and Milwaukee’s Summerfest in that big acts are spread out over multiple weeks instead of compacting everything into a single weekend, whether it be two or three days.

In 2011, Elton John, Ben Harper, Simple Plan, and The Black Keys were just a few of the stars Quebec City hosted, alongside home-grown, French-language singers such as Jean-Pierre Ferland and Marie-Mai. I myself only parachuted in for the last two days of this rapidly becoming renowned fest, specifically to see one legendary band who are celebrated in Quebec even more so than the war generals on the hallowed battleground they played, and that honor goes to Metallica. An estimated 100,000 metalheads descended upon the Plains of Abraham, scene of the famous 1759 battle between France and Britain, where the latter gained control of the valuable “New France” colony that would eventually be renamed Canada a little over a century later.

The only question on Quebecers’ minds after Metallica’s conquest on Saturday, July 16th is what can their city possibly do for an encore? I heard more than one attendee whisper how AC/DC would be awfully cool next year…if that’s the case, count me in again, although I’ll definitely stay a little longer! 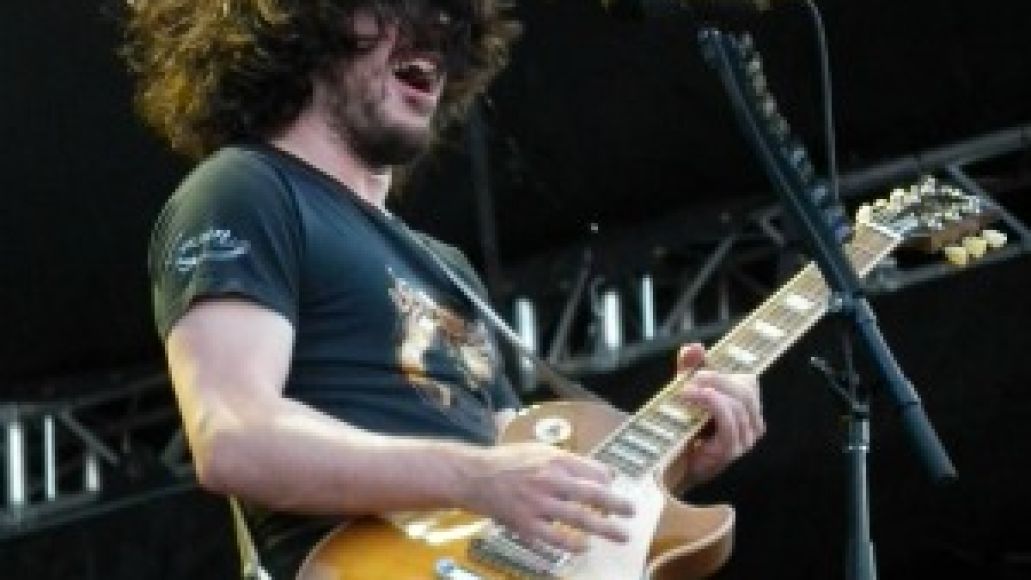 To say Quebec’s Dance Laury Dance fulfilled a dream on Saturday night would be a bit of an understatement. Not only did they play their hometown festival in front of an army of prospective new fans, they opened for their longtime heroes Metallica. Seriously, I think all 100,000 or so people who were there rushed the stage as soon as the gates opened at six p.m.! As they excitedly told me backstage just before they faced the frenzied horde outside, this is as big as it proverbially gets. I know I wasn’t the only one who was impressed by their commanding presence, like THEY were the 30-year music veterans. That and how they weren’t afraid to call everyone “Motherfuckers” as often as possible. If you’re any kind of metal or hard rock fan, check out their recent album, Living for the Roll. 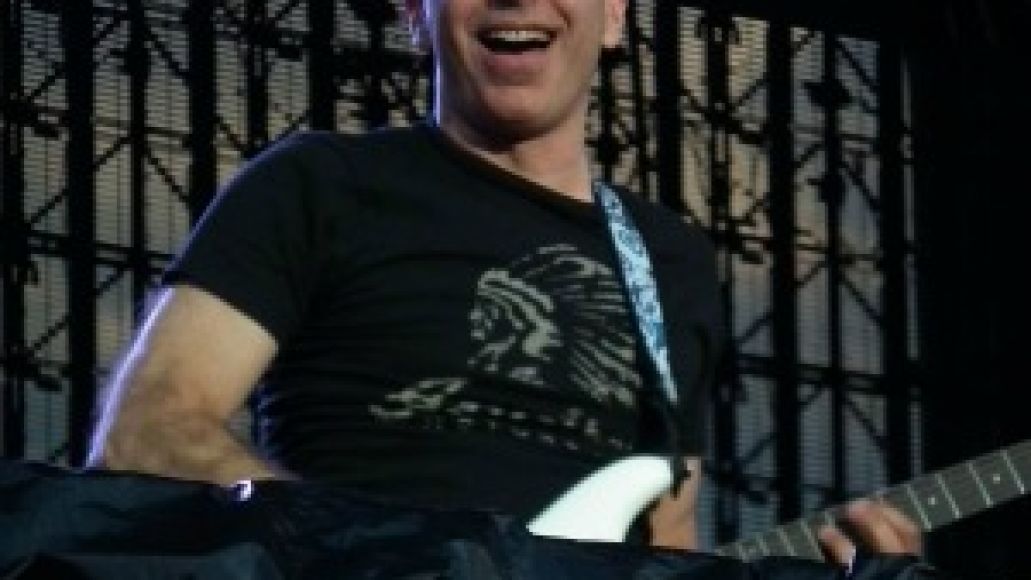 Any guitar buff worth his or her salt knows and respects Joe Satriani. If his resume of accomplishments doesn’t get you, his blistering, prolonged, blues-tinged instrumental jams definitely will. While there’s no doubt that anything he strums rocks, I’m not sure if his leisurelier pace was the ideal lead-in to the aggressive assault the Metallica faithful were anticipating. To his credit, no one could have looked much cooler with his clean shaved head, dark sunglasses, and plain Indian motorcycle shirt. And he beamed ear-to-ear the entire time, combined with some ‘Aw shucks, really?’ facial expressions that belied “Satch”’s 25+ year legacy in the music business. Quebec City will probably see him again sooner rather than later, as it’s not like he’s going to slow down much after this solo tour – There’s a second Chickenfoot album on its way, which the band (featuring Satriani on lead guitar), have curiously called Chickenfoot III. (Psst, it’s only their SECOND record, don’t ya know?!) 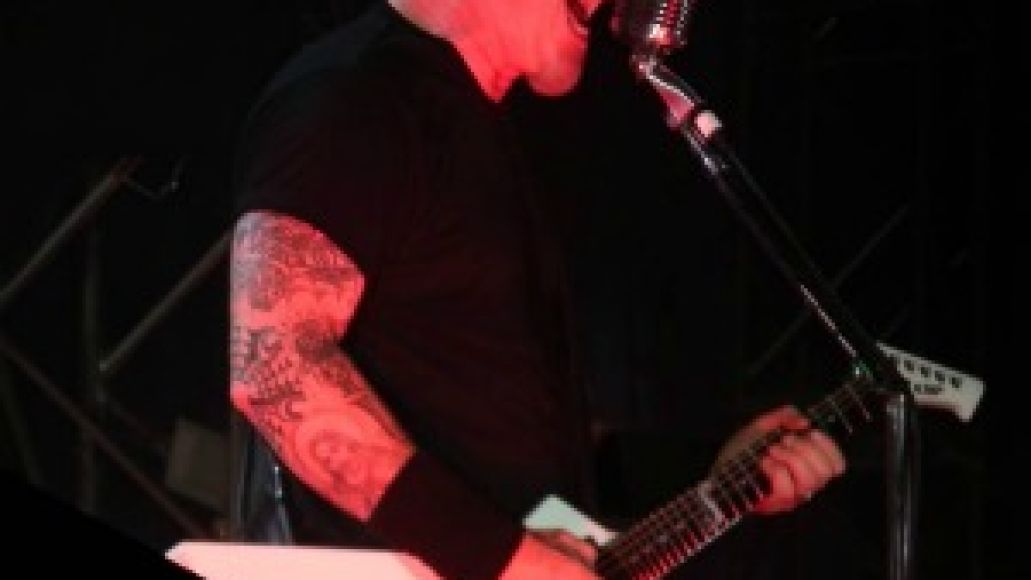 There honestly isn’t much more I can add to Metallica’s triumphant two-and-a-half hour siege of Quebec City, and it’s not like I’m even a big fan of theirs. Not only were they facing one of the biggest concert congregations I have ever seen, there was another group of people – probably more gathered than there EVER were at Edgefest in Toronto the week before – watching giant video screens broadcasting the event’s proceedings. There was a wicked-cool moment that the camera crew caught where a kneeling James Hetfield showed off his branded white guitar pick before exploding into “Enter Sandman”, complete with fireworks. 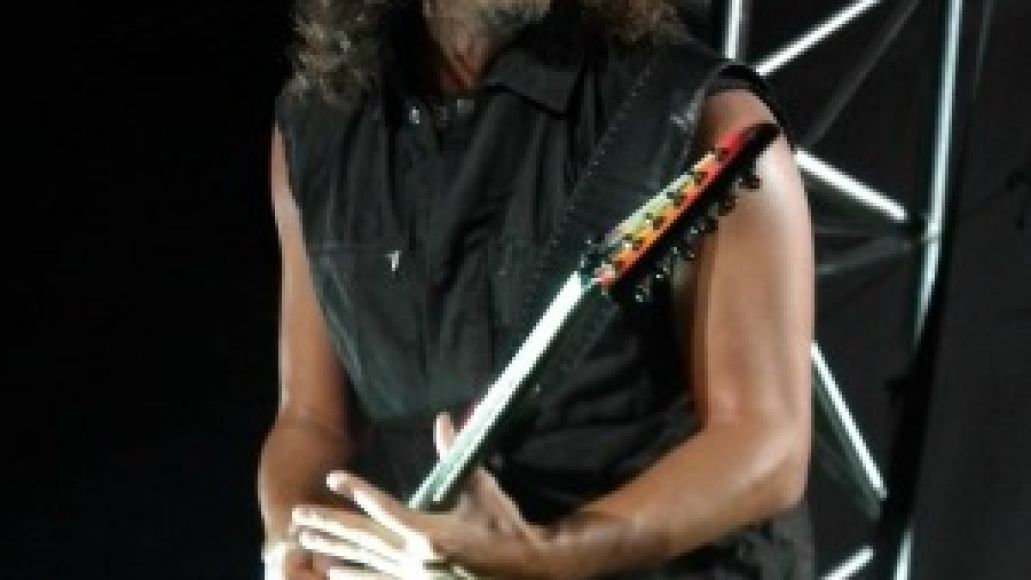 A little earlier, gunshots sounded during “One” in a musical recreation of sorts of the Battle of the Plains of Abraham. The setlist was a Metallica fan’s wet dream, filled with “oldies” like “Hit the Lights” and “Seek & Destroy” from 1983’s Kill ’Em All, as well as some goodies (specifically their cover of Diamond Head’s “Am I Evil?” to begin the encore). It was kind of weird, though, to hear Hetfield plead with the crowd almost to give “new” songs “Cyanide” and “All Nightmare Long” a chance. Haven’t they been touring behind Death Magnetic for nearly three years now?! It was an emotional night for the biggest of the “Big Four;” at one point near the end, all Hetfield could manage to blurt out was, “Thank you Quebec. You made us feel good.” 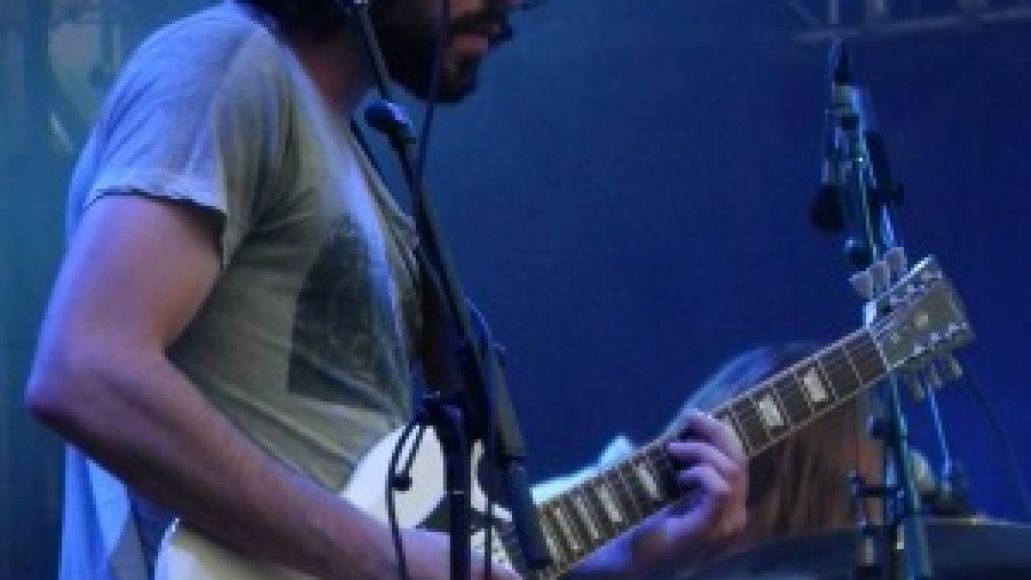 After everything they went through Sunday to get to Quebec City, The Sheepdogs may want to consider changing their names to the sled dogs after “mushing” nearly 5,000 kilometers from Vancouver (over 3,100 miles, or a shitload of football fields) to be on time to open for John Fogerty on the closing night of the festival. All in the name of trying to curry as much favor as they can across Canada to get on the cover of Rolling Stone magazine. In my opinion, they won the contest ages ago, as their ’70s-harkening look and sound has made them a “must-see” band as well as a breath of funky-smelling air in a time that is occasionally a little too stodgy. 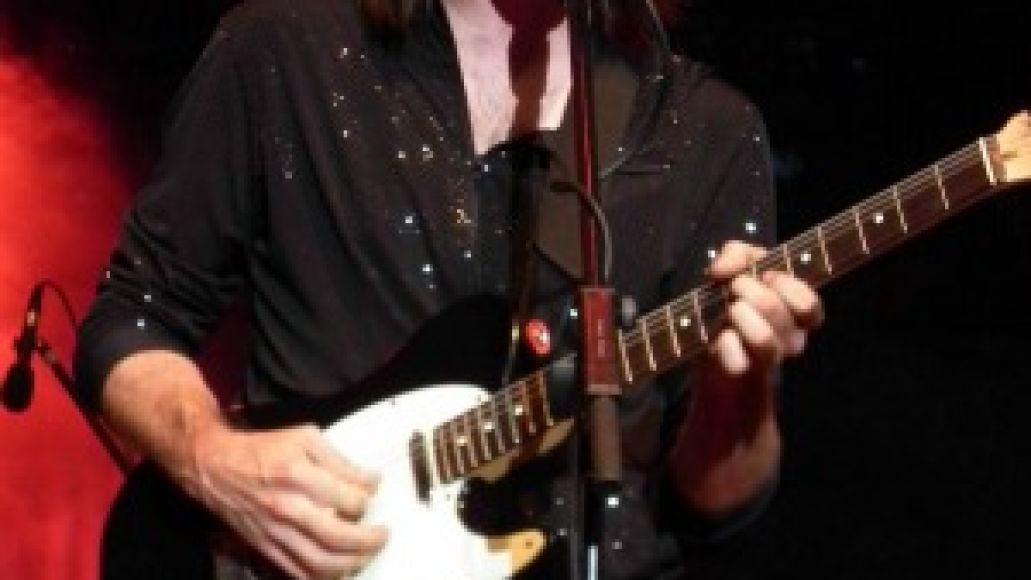 Classic rock elitists will probably be upset for what I’m about to admit, but I blew off seeing John Fogerty on the main stage so that I could catch Malajube at the infinitely smaller “Molson Dry” one. (Molson Dry being one of the most well-liked beer brands in Quebec.) I don’t regret what I did for a second, even though everything they sing is entirely in French, which, despite the name, isn’t really my first language. Great, dance-inciting rock knows no language barriers, however. They also come highly recommended by several Canadian indie bands from around the country like Hollerado. It was an early favorite, but their 2011 album La caverne failed to make the Polaris Prize shortlist cut. As a testament to how popular they’ve become in their home province, they were one of those rare, non-headlining acts who were given an encore. Fascinatingly, the crowd seemed to actually thin out just a little after they finished and the next band came on… 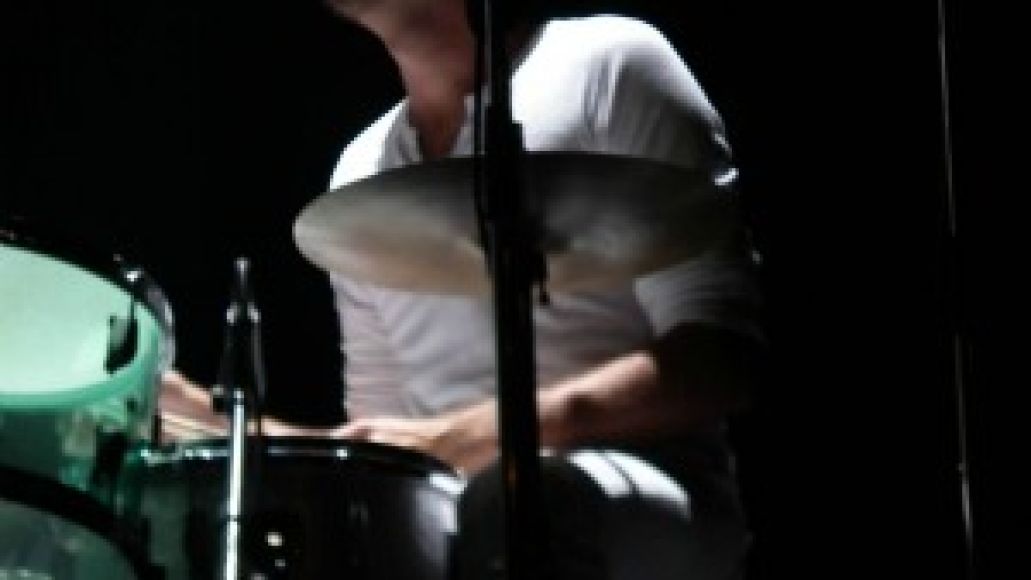 Yes, the reunified Death from Above 1979 are from Toronto, but in many ways, this was a homecoming for bilingual drummer/singer Sebastian Grainger. He did everything possible to make it unforgettable alongside bassist/keyboardist cohort Jesse Keeler (well, and Mother Nature too). Around the time they started up “Cold War” (from their one and only full-length album, 2004’s You’re a Woman, I’m a Machine), the wind began to blow violently, forcing stagehands to take down their backdrop, and lightning began to flash. When the rain clouds opened up and the mosh pit activity only increased, it made for a spectacular visual. I’m actually surprised festival officials allowed DFA 1979 to carry out their 15-song set considering what happened earlier in the day at Ottawa Bluesfest. I had a chance meeting with Grainger on the streets of Old Quebec the next day, and he told me how he sincerely thought it was the best show of their reunion tour so far because of the elements and electricity from the partisan crowd. Now are you jealous of Canada?