When it comes to musicians, John Flansburgh is as friendly and outgoing as they come. For anyone who knows his band, They Might Be Giants, this won’t come as a surprise. Over their 30-year career, the group has done everything from making educational children’s records to having their music appear on Tiny Toons. (We apologize in advance for “Particle Man” or “Istanbul (Not Constantinople)” getting stuck in your head.) They’ve also assembled a pretty damn impressive collection of alternative-indie rock that evolves and advances with each release.

That being said, it’s easy to see why everyone’s getting excited about Join Us, They Might Be Giants’ first “adult” record since 2007’s The Else. While it won’t reach consumers until July 19th, fans won’t have to wait for new tunes. The band currently has an EP out, which features four tracks from the record. It comes free with an album pre-order and has more than enough catchy melodies to get you jazzed for next week’s release. We caught Flansburgh on a Monday morning to discuss the new album, upcoming anniversaries for the band, making music in the Internet age, drunken adult crowds, and the strange scenarios he ran into in Europe.

Join Us is They Might Be Giants’ first “adult” record since 2007. What led the band to switch back and move away from your recent kids’ albums?

Cause we’re sick of that kid stuff!

What types of themes did you focus on this time around?

With Join Us, it’s just a free-range kind of album on a whole variety of different topics and a whole different batch of unreliable narrators. There is no overarching theme. That blank piece of paper in the typewriter looks mighty blank when you aren’t writing for a big theme like science or the alphabet. 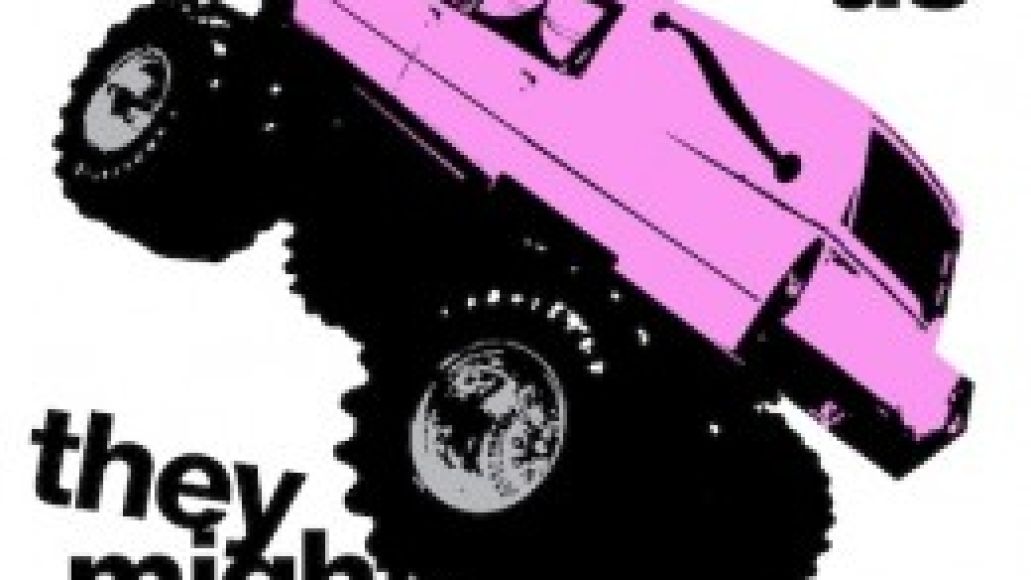 Even though Join Us doesn’t drop until July 19th, you currently have an EP out with four tracks from the record.

Yeah, we wanted to get the ball rolling and remind everyone that this is the kind of stuff that we do. We understand it’s challenging to have a band that exists in two worlds. Not many bands go to do the family thing and come back. We want to be back. The family stuff was interesting, and it was a really pleasant departure from having to think about our hairstyles and how our songs will fit into the world of commercial radio. But there’s something very satisfying about the crowd facing you. We were spoiled by the rapt attention of the drunken adult crowd, and we want to be back in that world!

I read in a recent interview that “Never Knew Love” was originally called “Never Knew Love Like This Before”. The shortened title gives the impression of a dark track, while the reality is the opposite. What was the reason for this ambiguity?

The truth of the matter is that there’s a very popular disco song from the Seventies called “Never Knew Love Like This Before”. I think we were just trying to distinguish our song from this other song. Over the years, we’ve tripped over a lot of song titles that already existed in some other form. In fact, we just figured that the title Join Us is one of the most common album names imaginable! It’s certainly not a singular album title. When you go to iTunes, there are like 50,000 albums with the same name, which is a little frustrating. It’s not like our album, though. Our album’s better than that!

What is “Can’t Keep Johnny Down” about?

It’s kind of a classic, unreliable narrator type of song. I don’t feel totally comfortable trying to sum it up. The lyric is about a guy who seems like he’s got some mixed emotions about the world. He’s sort of reading everything in a hostile way. But “Johnny” isn’t us, although we do share a name with him.

Giving away four songs with an online pre-order definitely shows an appreciation for doing things differently in the Internet age.  How do you feel artists should move forward into this online era, especially in terms of getting their music out there?

Well, that’s a really big question, and I wish I felt like more of an expert. To me, the music industry is clearly going away. The profitability of being involved in just the music-making career is pretty negligible. This is why you see people like Cee-Lo Green and Christina Aguilera, who in another era would be considered in the prime of their music/money-making part of their career, moving out of concerts and recording and into television. It’s very possible that they just want to be more famous. But it seems to me that the actual career prospects of somebody in the pop music world are pretty finite. It’s not the same scale business. It’s hard to feel confident when the actual industry you’re in is shrinking exponentially.

We have a very unusual career. We’re making music that we’re pretty confident most people won’t like! We’re not doing something that’s widely beloved. We’re doing something off to the side, making a lot of people shake their heads. It’s a little grim, but we’re in this for the long haul, and we’re doing it for reasons far beyond the economics of it. People who make the music have to figure out how to make it through this world. I’m cool with that.

Switching gears a little, They Might Be Giants are heading out on tour in support of Join Us this summer. The trek will include your first international dates in years. Why has it been so long since you’ve played outside North America, and why return now?

We’ve actually been so busy recording for the past few years that it hasn’t been a necessity to do tours. There are very few things more satisfying than actually getting to see some other part of the world when you’re on tour. It’s interesting to go to a foreign country in any event, but it’s really interesting to work in a foreign country. The experience is very, very memorable. There are a lot of places in the United States that are fun to play, but we’re going back for the eighth time or in some cases even more. Every time you do somewhere overseas, it’s just a whole new deal.

Even when it’s miserable, it’s interesting. We did a show in Leeds about 10 years ago, and we were playing at the Irish Center, which is not so different from playing a VFW Hall. Our tour bus was this incredible, steaming hunk of junk that smelled like the worst men’s room you’ve ever been in. We were parked overnight in the lot of that venue. While we were asleep, someone siphoned all of the gasoline out of the bus. There’s a lot of gasoline in a tour bus! The fact that this guy had the tenacity to roll up to a bus with all these people inside… he must have been standing out there for a half hour. That’s pretty dickish. Even though it was quite miserable, looking back on it, it’s something to laugh about. It is, by definition, better or worse, much more interesting to have experiences overseas. 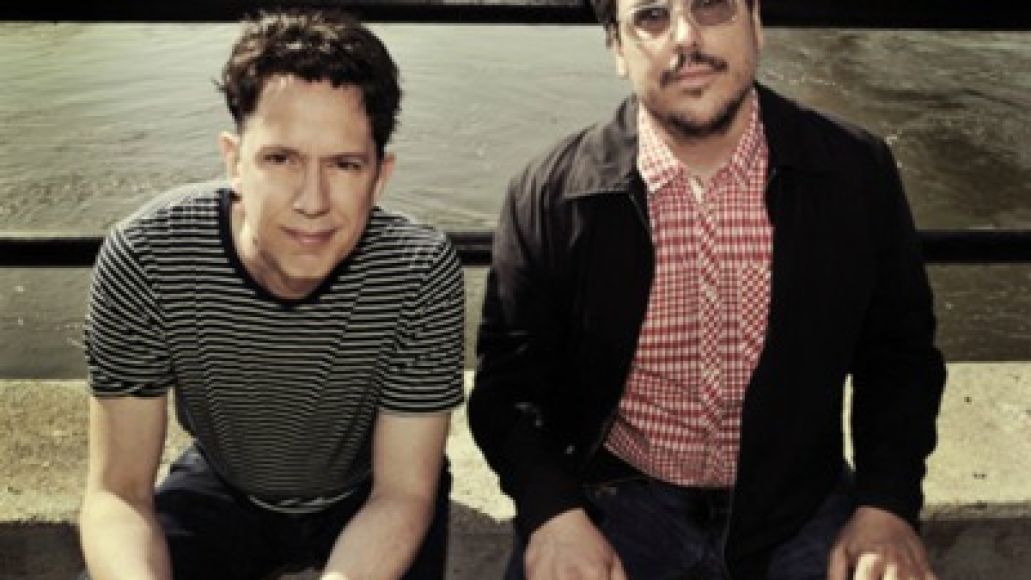 You have two big anniversaries coming up: This year marks the 25th anniversary of your debut, and next year marks your 30th anniversary as a band. Do you have any plans on how to celebrate these upcoming occasions?

It’s a strange thing. I have a friend who only likes first albums. I completely understand, from a fan’s point of view, that there’s a primacy to a band’s original work. I grew up with Frank Zappa and the Mother of Invention, and I was definitely a fan of his original stuff. Even though he was making records at that moment, there was something fascinating about seeing his whole body of work.

Being in a band is a very different challenge. To keep it new for ourselves is just as important. We tried very hard to make all of our work come up to the same bar or exceed the bar we’ve set previously. What we do is an evolution, and we take it very seriously. We don’t want to move into what they call in art history a “mannerist period,” where we’re just doing a diminished version of our original stuff. A lot of times, people say, “You guys have been a band for 30 years. No bands make records for 30 years. How do you keep on going?” The truth of it is, it’s still a really interesting challenge on a creative level, and that’s enough. There are a lot of other things we could be doing that would probably be less stressful and maybe more lucrative. But this is an interesting project for us, and we were lucky the way it got set up in the beginning. We’re very open-ended. We didn’t get trapped by being a one-hit wonder. We didn’t get trapped by some weird legacy of success. We found a pretty pleasant place for ourselves in the world.