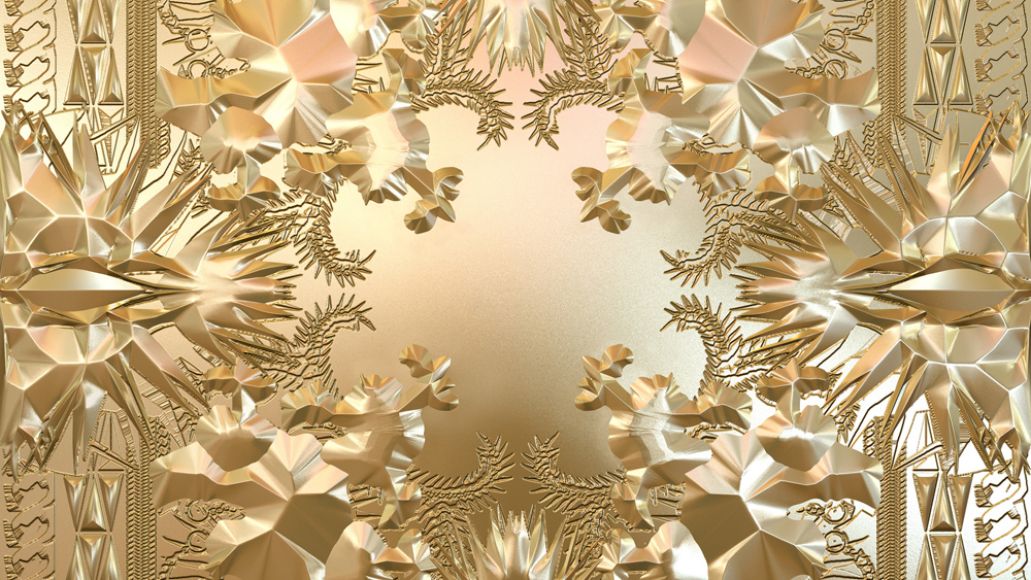 Kanye West and Jay-Z appear one step closer to releasing their long-awaited joint effort, Watch the Throne, as today has brought about the album’s Riccardo Tisci-created artwork (as you can see above) and a pre-order link for ‘standard’ and ‘deluxe’ mp3 and CD versions. The order page also lists a total of 10 tracks for the ‘standard’ version and 14 for the ‘deluxe’, but with the exception of a description promising the album’s lead single, “H.A.M.”, and a Beyoncé-featuring cut titled “Lift Off”, no other track titles are given. Also, upon purchasing either version of the album, a receipt lists a release date of August 2nd, though that date appears no where else on the pre-order page.

Official details stop there, but there are plenty more rumors to chew on. The latest and most legitimate sounding comes from Ryan Seacrest, who recently announced on his Los Angeles radio program that Watch the Throne‘s next single will arrive July 11th, with the album following in mid-August. Seacrest also reports that West and Jay-Z are considering the possibility of touring behind the album.