Any time Thurston Moore, God of Noise, descends upon Los Angeles, it’s a big deal. It’s an even bigger deal, though, when he isn’t headlining though — as was the case Thursday night. For part one of a two-night stint at the Troubadour, Moore opted to open for tour/label-mates Kurt Vile & the Violators; a move that might be surprising if you’ve yet to hear Vile and his Violators’ latest record, Smoke Ring For My Halo, a big contender for album of the year.

Keith Wood, who records and tours as Hush Arbors, opened things up in folksy fashion, taking the stage armed only with his acoustic guitar and his wispy sorta-falsetto. A signee of Thurston Moore’s Ecstatic Peace! label, Wood’s music bears a spacey though wistful edge that’s won his latest, J Mascis-produced LP, Yankee Reality, a fair share of acclaim, though nowhere near the amount it’s due. (That’s your cue, guys.) Three songs in, he was joined on drums by John Moloney of Sunburned Circle and Howlin’ Rain, providing a steady backbeat that did well to flesh out Wood’s lithe fingerpicking. 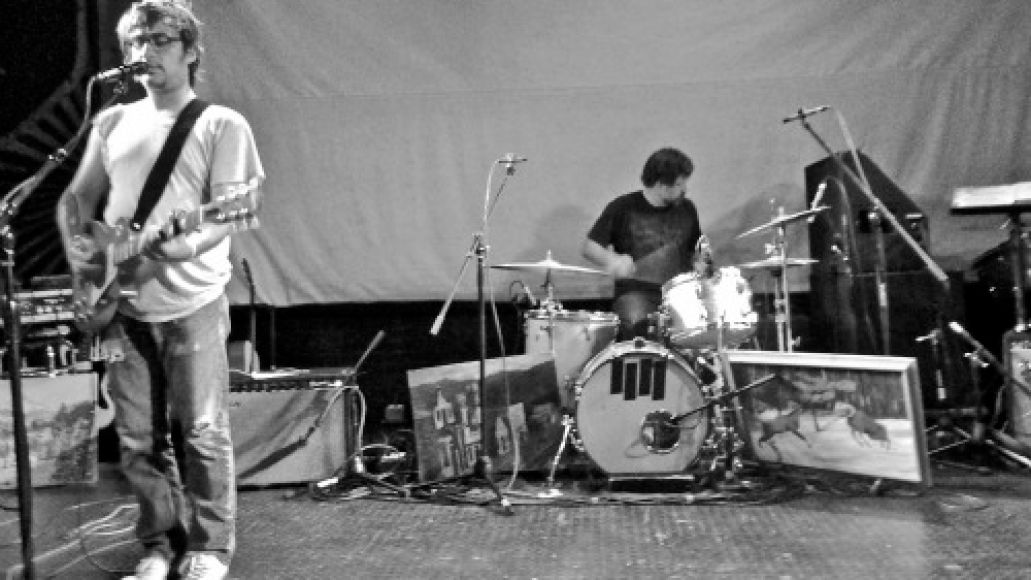 Thurston Moore hopped on stage to raucous applause, deftly handling a minor technical issue while keeping the audience entertained with old road stories about hardcore kids and the Meat Puppets. Perhaps too entertained, as was the case with a particularly rowdy fan who kept repeatedly pressing him to urge her fellow crowdsmen/women to “bounce with her”. (Her words, not mine.) Ever level-headed, he brushed her yowls aside for the length of “Benediction”, before replying point-blank, without a hint of derision: “Do you really expect me to engage in this conversation?” A bouncer stepped in and lifted the agitator up out of the crowd. Everyone cheered. He then proceeded to burst headlong into “Psychic Hearts”. On an acoustic. It was awesome. 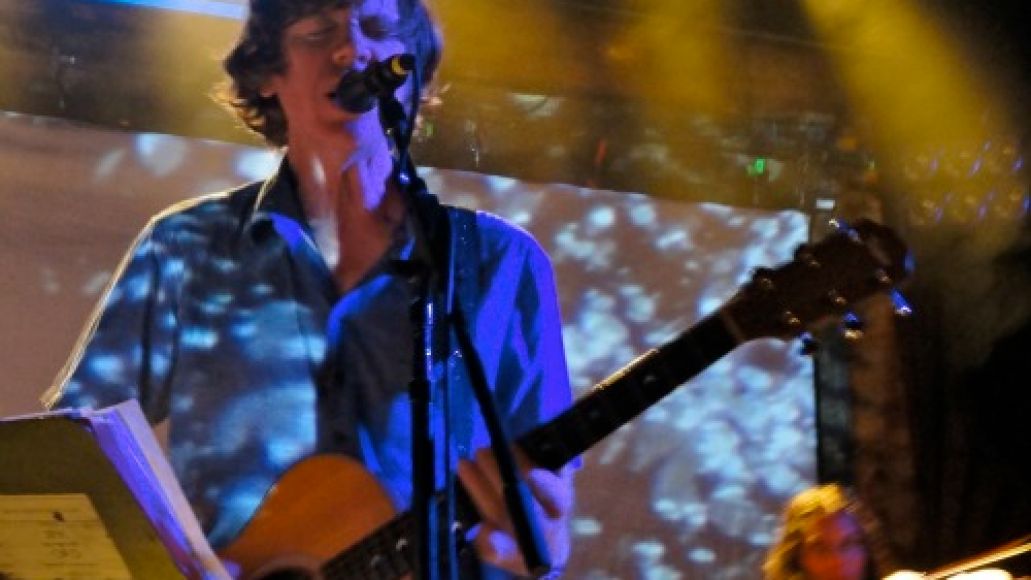 Solo/acoustic Thurston Moore isn’t too far off from Sonic Youth Thurston Moore, playing lead guitar while deeply entranced with eyes often closed, working with loping, droning figures, which sound — even without walls of swirling feedback — staggeringly heavy. Accompaniment came as it did on this year’s Demolished Thoughts, with Samara Lubelski on violin and Mary Lattimore on harp, as well as Keith Wood (of openers Hush Arbors) and John Moroney on acoustic guitar and drums, respectively. Lubelski’s string sweeps and Lattimore’s nimble harp plucks lent Moore’s tunes a keen, almost Baroque, edge. Moore himself hardly seemed the part of aging rockstar, ending his set with a transcendent take on one of the new LP’s standout tracks, “Circulation”. 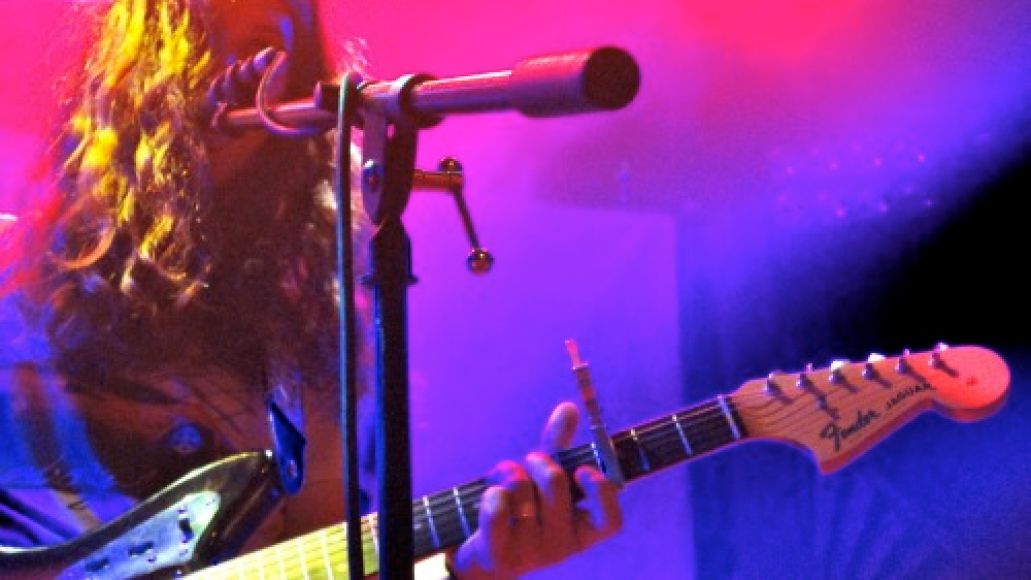 A short set-change was followed by the arrival of Kurt Vile and the Violators, who are Jesse Turbo and and Adam Granduciel on guitars, the ferocious Mike Zeng on drums, and Vile himself on lead guitar and vocals. Vile’s road-weary whine, which carries a striking resemblance to both Neil Young and a ballsier Tom Petty, registered just under the wash of swirling reverb and the occasional burst of squealing guitars. Though Smoke Ring is only now beginning to garner him mad praise, it’s now the fourth in a string of superb solo albums he has to Vile’s credit, which along with his time alongside War on Drugs, gives he and his band a wealth of material to draw on, as they displayed on a extended jam on “Freak Train”, off of 2008’s Childish Prodigy. From behind his curtain of flowing locks, Vile alternated between a six and a 12-string acoustic and a fuzzed-out Fender Jaguar, rarely interacting with the crowd and pausing only a couple times to thank the audience or quietly ask how everyone was doing. Not that any of that reserve mattered; Vile’s ragged tunes spoke plenty loud enough. Considering how well he followed up a stellar set from someone of Moore’s stature, it’d be tempting to say that he and the Violators stole the show, until you remember that it was his name atop the bill. And by the time he’d wrapped things up with a stunning, solo version of Smoke Ring‘s “Peeping Tomboy”, everyone knew why.