It’s crazy to think that U2 has been on the road with their giant 360° tour for more than two years now. As some of the stats that popped up onscreen before the show told us, 17 babies were born to the crew members during the trek. That’s a long tour. Despite the fact that there are only a few cities left to go and exhaustion must be setting in, those four Irish boys still put on one of the most massively stunning and incredibly energetic shows around this year.

Before the Irish rockers achieved liftoff in their giant claw spaceship, Interpol arrived to entertain us during the countdown (I apologize for all the space jokes). While their music is well-suited to theaters, it works far less in New Meadowlands Stadium. The massive size of the stage overwhelmed the band, whose members appeared nervous in front of such a large crowd. Still, they tried their best, knocking out songs from all four albums. Most of the band appeared lively, but singer Paul Banks was a black hole of dullness, sucking out any energy that could have been there. Another mistake was playing very little from 2002’s Turn on the Bright Lights, especially the lack of “NYC” for the New York crowd.

Soon enough, “Space Oddity” ringed in over the PA, announcing the imminent appearance of the main attraction. The sounds of the song mixed with Edge’s guitar, ripping into the riff of “Even Better Than the Real Thing”. The slightly remixed version was a shot of adrenaline to an already frenzied crowd. How do you follow such an excellent opener? You play three more songs from Achtung Baby. “The Fly”, “Mysterious Ways”, and “Until the End of the World” made for the musical equivalent of a big bang. On it continued with many of the band’s singles, both recent and ancient. “I Still Haven’t Found What I’m Looking For” and “One” were gospel sing-alongs. “Beautiful Day” featured an appearance from Commander Mark Kelly on the International Space Station. “Vertigo” and “Hold Me, Thrill Me, Kiss Me, Kill Me” were explosive. “Where the Streets Have No Name” was transcendent. 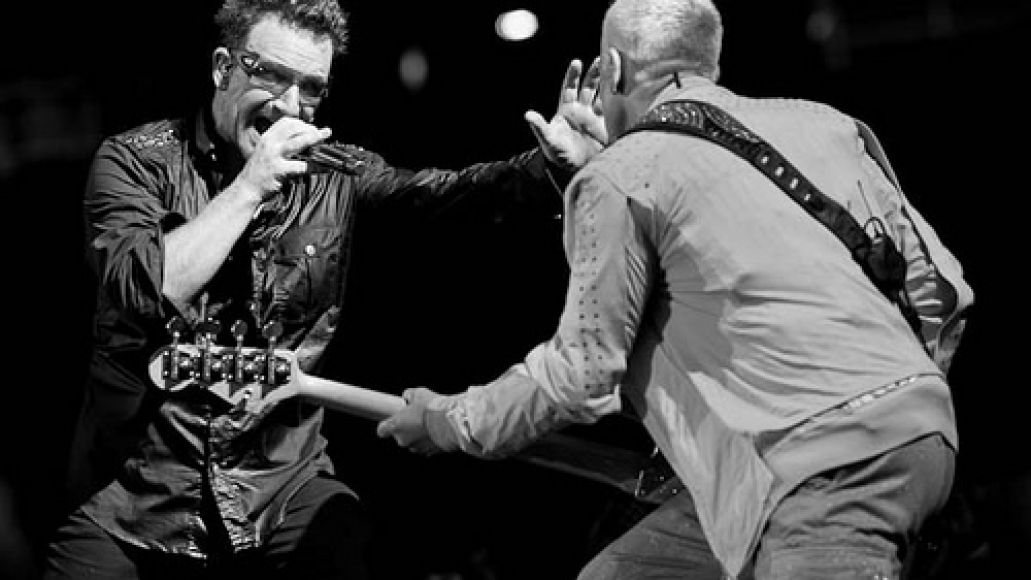 Among technological feats like the expanding beehive video screen, the moving ramps, and the neon steering wheel microphone Bono swung on, the best moments were the unscripted ones. Bono read off the band’s setlist from the first time they played New Jersey, 30 years earlier, which included three songs from the main set repeated in the encore. Edge told the story behind “Stay (Faraway, So Close)”, before accidentally starting “Stuck In A Moment You Can’t Get Out Of” instead. A laugh and a joke later, the song eventually surfaced and included a Frank Sinatra snippet. Towards the end of the concert, Bono had a fan pass up a sign to him that read “For Clarence.” The band dedicated “Moment of Surrender” to the late E Street Band saxophonist. By this point, it looked like everything was wrapped up, but Bono yelled out “One more!” to the audience as U2 slammed into “Out of Control”. 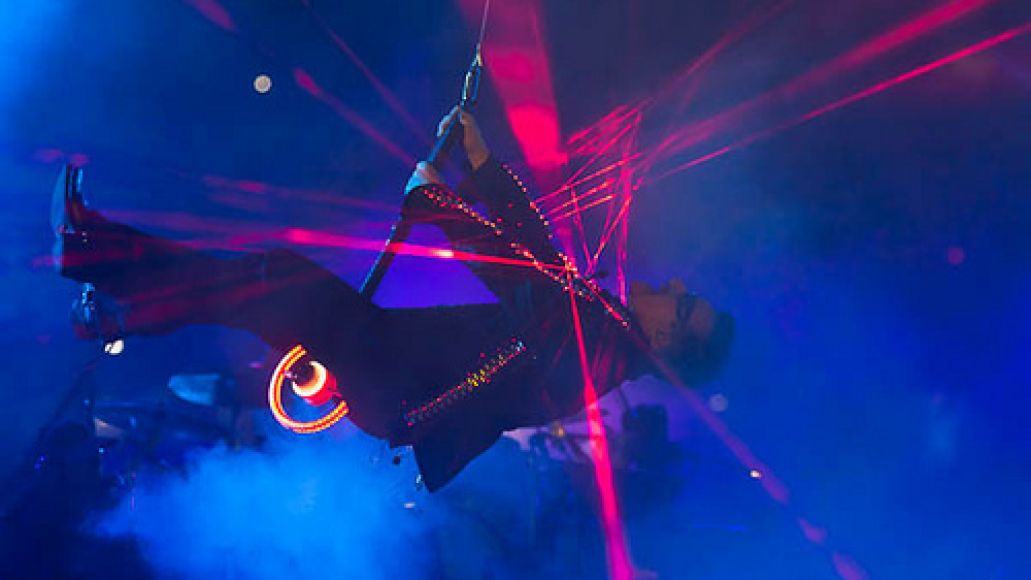 At 26 songs, the gig equaled the record for the longest U2 show. Even with that length, every single song worked. Nearly every album in U2’s long catalogue was represented. The combination of their massive hits collection, the jaw-dropping stage, and the band’s colorful personalities made for an unforgettable evening. With a concert like this, two years still doesn’t seem like enough.

Setlist
Even Better Than The Real Thing
The Fly
Mysterious Ways
Until The End Of The World
I Will Follow
Get On Your Boots
Magnificent
I Still Haven’t Found What I’m Looking For
Stay (Faraway, So Close)
Beautiful Day
Elevation
Pride (In The Name Of Love)
Miss Sarajevo
Zooropa
City of Blinding Lights
Vertigo
I Know I’ll Go Crazy If I Don’t Go Crazy Tonight (Remixed Version)
Sunday Bloody Sunday
Scarlet
Walk On
Encore:
One
Where the Streets Have No Name
2nd Encore:
Hold Me, Thrill Me, Kiss Me, Kill Me
With or Without You
Moment of Surrender
Out of Control