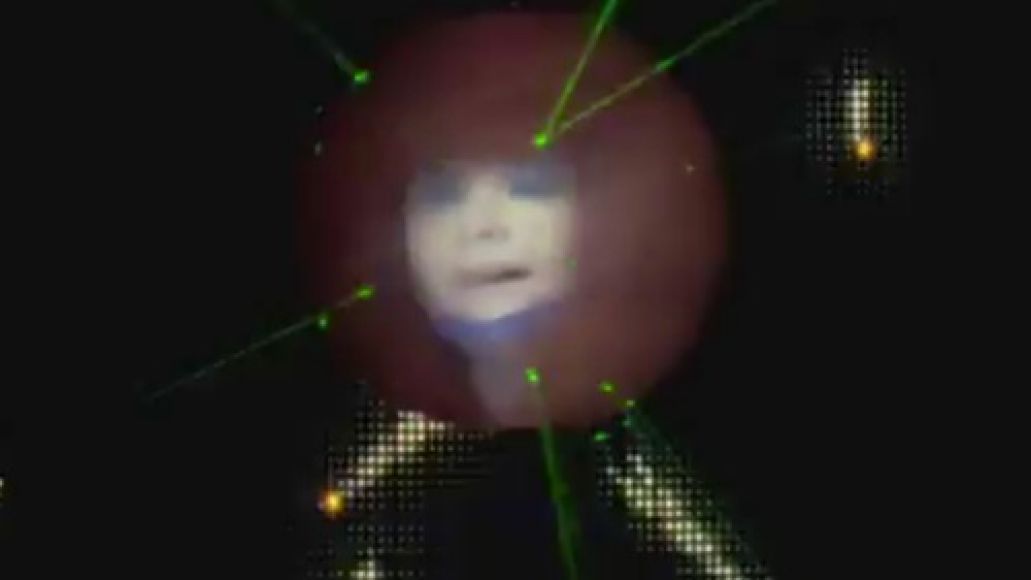 BjÃ¶rk‘s latest album, Biophilia, is a modern experiment in exploring the crossroads of sight and sound. But just because someone might be without the $800 to experience the “Ultimate Edition” doesn’t mean the album and its visuals still can’t be enjoyed. Case in point, the Michel Gondry-directed video for “Crystalline”.

As Gondry himself is a bit of an iPad hater/technophobe (“It’s the kind of technology that freaks me out,” he told Billboard. “I need to be more in the physical world.”), the video fits the same kind of hand-crafted surrealism of past Gondry videos like The White Stripes’ “Fell In Love With A Girl”. Rather than try to describe the magic ourselves, though, we’ll let Gondry discuss the video’s wildly imaginative concept.

“We shot it frame by frame, and we shot it by recranking the camera and re-exposing the film many times,” Gondry said. “I decided for this that the shower of meteorite would hit the ground and produce a sound . . . The idea that a beam of light can have the impact to make these things move is something that intrigued me. Later on, they create some ripples-like rain. At the third verse, they create bubbles in which the metallic objects appear. All of those are the result of multiple conversations with [BjÃ¶rk] that were going in many directions.”

Check out the end result below. Biophilia is due for release on September 27th; pre-order your preference at Nonesuch Records’ webstore.