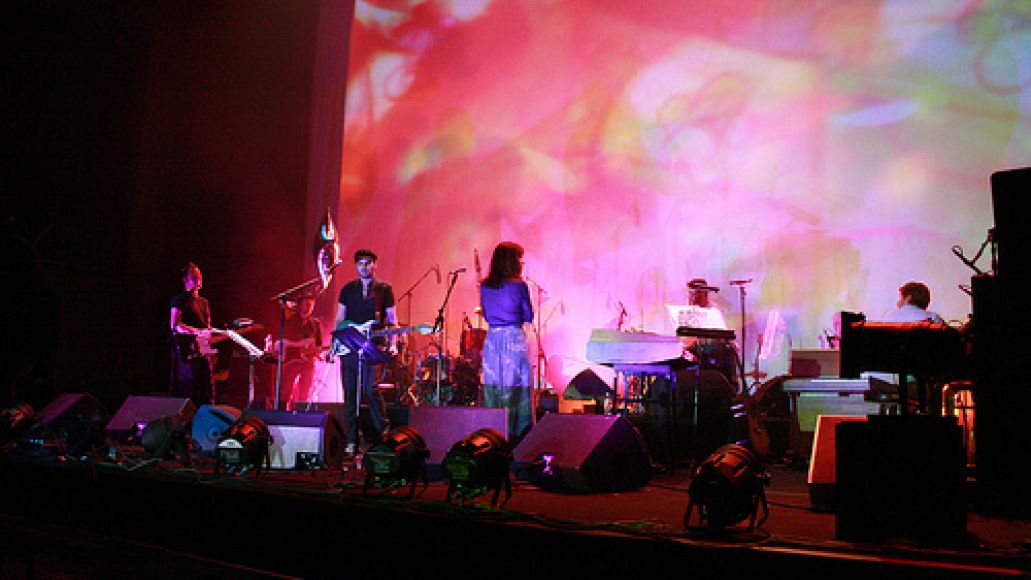 The Velvet Underground’s 1967 debut album The Velvet Underground & Nico is a massively important album, a 2006 addition to the Library of Congress’ National Recording Registry and the No. 5 album on our list the 100 Greatest Albums of All Time. As such, an album of its groundbreaking magnitude deserves only the most elite of collaborators for a tribute concert, which it got during last month’s The Velvet Underground Revisited concert in Paris.

Featuring Radiohead’s Colin Greenwood, Soap&Skin, Air’s Nicolas Godin, and The Hotrats (Radiohead’s Nigel Godrich alongside Gaz Coombes and Danny Goffey of Supergrass), the super-supergroup performed the classic album in its entirety. For a taste, check out their rendition of “Femme Fatale” featuring guest vocalist Leslie Feist (courtesy of TwentyFourBit). The track may have been covered by everyone from R.E.M. to Girl in a Coma beforehand, but here’s where the original is respectfully recreated at its most alluring.