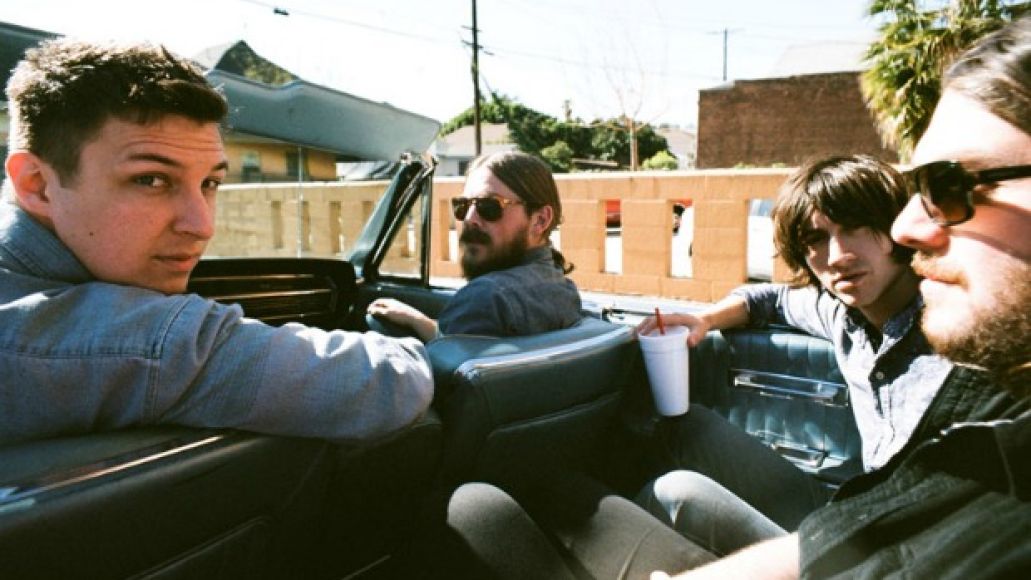 Though a little weather may have cut short the Arctic Monkeys’ Lollapalooza set, the following is possibly a small mea culpa from the band. Courtesy of Some Kind of Awesome, check out the Suck It and See B-side “Little Illusion Machine (Wirral Rider)” released under the band’s psuedonym The Death Ramps and featuring guest vocalist Miles Kane (The Last Shadow Puppets). The Death Ramps moniker was also used by the band to put out B-sides after the release of Favourite Worst Nightmare. This new offering, though, is equally psychedelic and rollicking as cuts from the band’s latest LP; plus, the only thing it rains down are gnarly guitar riffs.