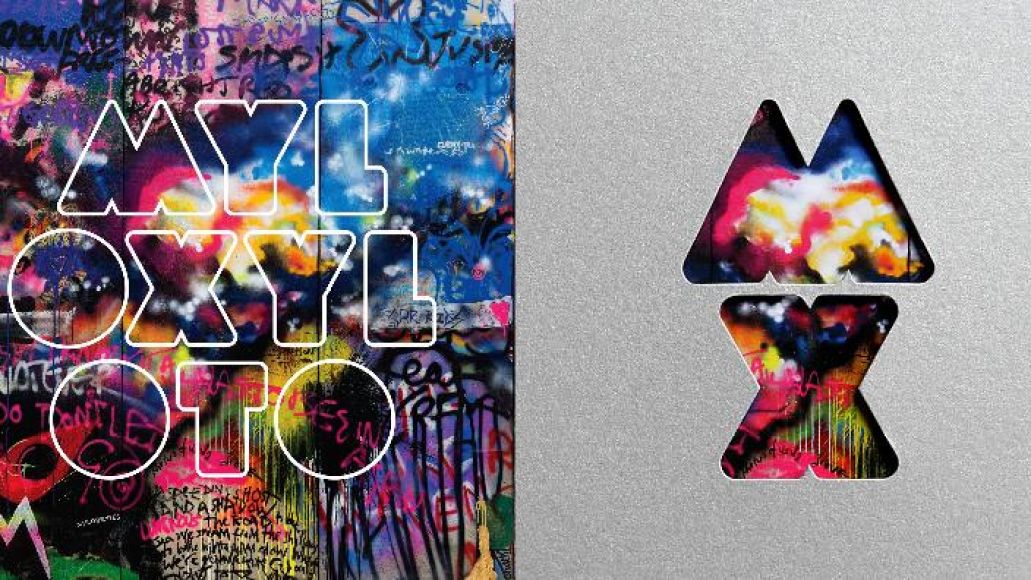 Coldplay will return with their fifth studio album, Mylo Xyloto (pronounced my-lo zy-letoe), on October 24th in the UK and October 25th in the U.S. via Capitol Records. The follow up to 2008’s Viva La Vida, the album was produced by Markus Dravs, Daniel Green and Rik Simpson, with “enoxification and additional composition” by the great Brian Eno.

Mylo Xyloto will be released in digital, CD and vinyl formats. The 180-gram vinyl edition will include a 12″ x 36″ poster. A special limited edition Pop-Up Album version will also be available, which will include a 12″ x 12″ hardback book containing graffiti pop-up art designed by David A. Carter, vinyl, CD and exclusive content including photographs, excerpts from the studio diary and the band’s personal notebooks. What’s more, half of the CDs will be packaged with the full color artwork as the cover while the other 50% will have the CD booklet flipped, showing the silver initials “M X” via a die-cut sheet placed over the color image.

Right below, you can stream the album’s already released lead single, “Every Teardrop Is A Waterfall”. The second single, “Paradise”, will be released as a commercial single on September 12th. The rest of the album’s tracklist is forthcoming.

Coldplay – “Every Teardrop Is A Waterfall”