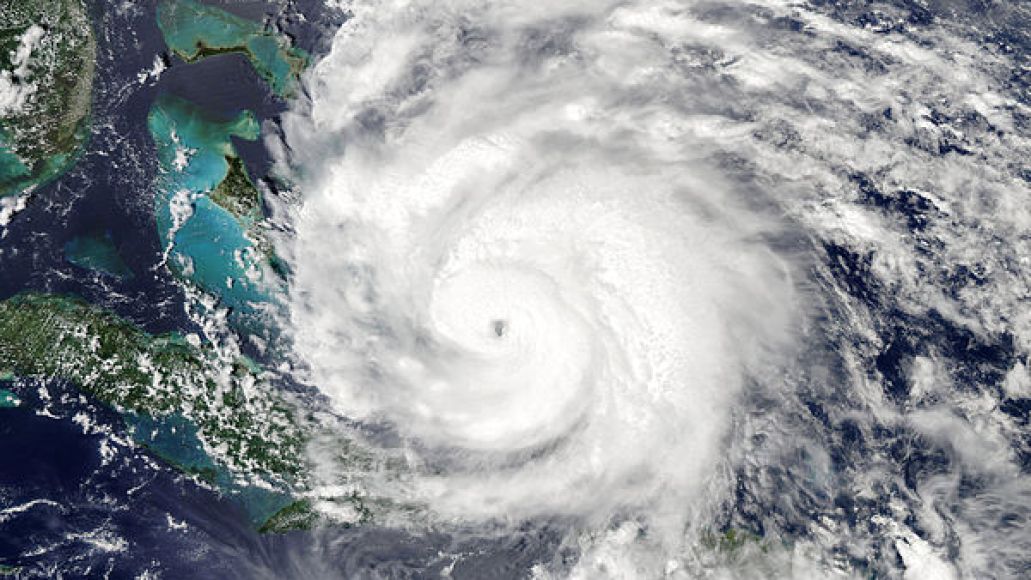 Hurricane Irene plans to obliterate the United States East coast this weekend, meaning a lot of concerts and festivals have been/will be forced to change their plans. Not even Dave Matthews can overcome the storm; Rolling Stone reports that the folk-rock warrior has postponed the second and third day of his New York City Caravan stop at Governors Island. As of now, today’s festivities will go ahead as planned.

Other festivals and concerts postponed or canceled as a result of the impending storm:

— Hoboken, NJ’s hMag Fest has been postponed. Festival organizers say the festival, which promises The Walkmen, School of Seven Bells, and The Kickdrums, will be rescheduled to an upcoming weekend in September.

— Central’s Park scheduled Sunday concert featuring Jagged Edge, Avant, and Melanie Fiona has been canceled. It was to be the final free show at Central Park Summerstage this summer.

— CANT’s scheduled show at New York’s Mercury Lounge on Sunday has been postponed.

We’ll update this post as more postponements and cancellations are announced.