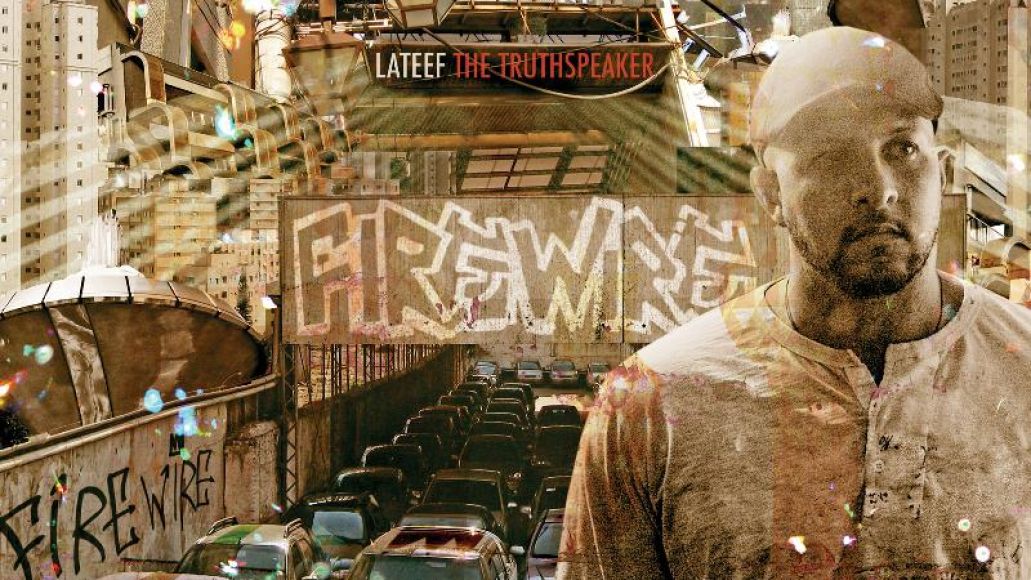 As the co-founder of the hip-hop collective SoleSides (now known as Quannum Projects), Lateef the Truthspeaker has been an integral component of the Bay Area’s hip-hop scene since the mid-1990s. The socially-conscious lyricist, who found success rapping alongside Lyrics Born as Latryx, is now bringing together some of the biggest names from his Rolodex to produce his long-overdue solo LP, Firewire.

The 13-track album drops November 8th via Quannum Projects, and features Chief Xcel, DJ Shadow, Dan the Automator, Del the Funky Homosapien, and Lyrics Born. According to a press release, Firewire is Lateef’s most ambitious project to date, with tracks suitable for “hip-hoppers, hipsters, dance heads, R&B lovers and unapologetic pop fans”. Check out the album’s lead single “Testimony”, as well as the complete tracklist, below.