When metal/grunge icons Soundgarden announced they would be ending their North American summer tour at The Gorge Ampitheatre in central Washington, you knew it was going to be a spectacular show. While some thought rainy Seattle would have been a more appropriate for the local boys, no venue can beat the stupendous scenery of the blue Columbia River against the sepia toned ridges, the consistent heat and the unfailing laid-back vibe that The Gorge provides to sun spoiled concertgoers.

Of course, Soundgarden at The Gorge would have been the ultimate selling factor in itself. But they went the extra mile, adding The Meat Puppets, Mastodon, and Queens of the Stone Age on the bill, creating one hell of memorable night that had the throngs of rock fans on the edge of delirium.

The Meat Puppets started off the show by going on stage earlier than scheduled. No time like the present, I suppose, though the jump did mean photographers missed the slot to take photos. So while I can’t show you the seminal Phoenix band doing their thing, I can tell you they put on a good show that had the crowd singing along (at least to “Lake of Fire” and “Plateau”) and was a fitting opener for the evening. Brothers Curt and Cris Kirkwood were in jovial spirits, no doubt brought on by the gorgeous scenery and the intense late afternoon sunshine. 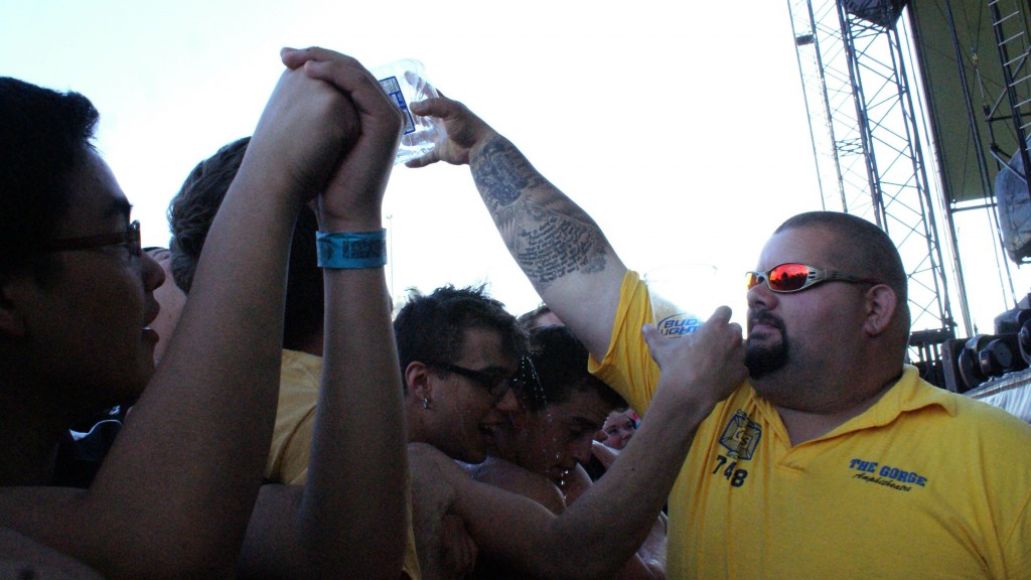 If the crowd was sweaty and exhausted when the Meat Puppets were over, Mastodon pushed them over the top. Their set was a tight, energetic assault that blew out your ears and raised your heart rate, the perfect antidote to copious amounts of overpriced beer and heatstroke. Watching bassist Troy Sanders play between guitarists Brent Hindes and Bill Kelliher was exhilarating eye candy, propelled by the intense drumming of Brann Dailor. In short, Mastodon gnawed your face off and got more than a few people pumped up for their upcoming album, The Hunter. 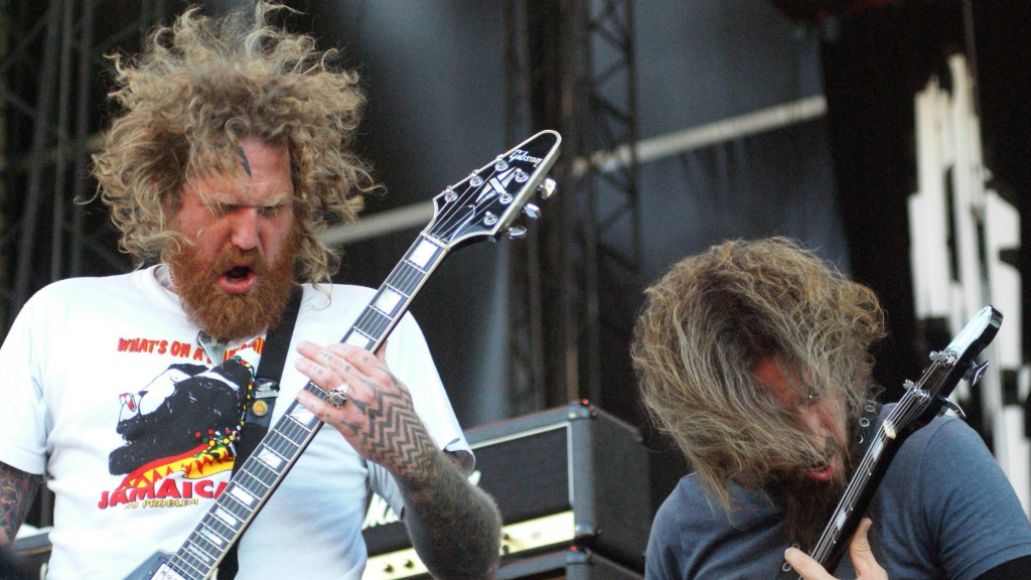 From sludge metal to stoner rock, Queens of the Stone Age was next on the bill. Josh Homme and his immensely talented crew played a quick but varied set that touched on everything from rollicking “Sick, Sick, Sick” to the easy grooves of “Make it Wit Chu” and the booming, freight-train thunder of “Mexicola”. Homme was especially playful with the crowd, oozing flirty banter and flattery between songs. The burly Ginger Elvis looked especially appealing as the sun set behind the stage, sending rays of golden light over the ampitheatre, illuminating the crowd’s hazy smiles and musical stupor. Queens were sending out the good vibes and the audience returned the favor. 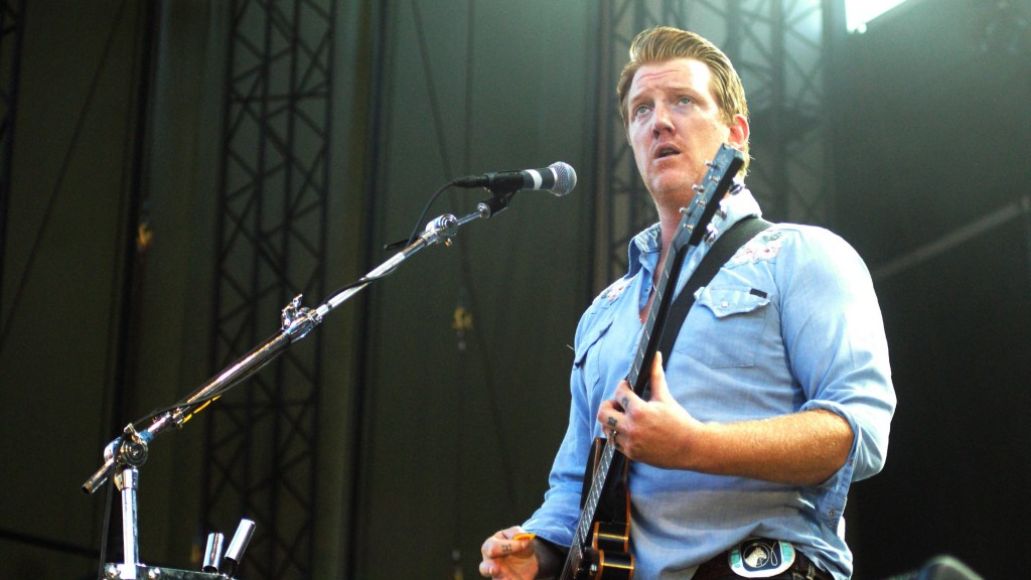 By the time it came for Soundgarden to take the stage, you had to wonder how they could top the bands who had already played. But the moment Chris Cornell walked out on stage, all Sexy Jesus-like with his arms raised and big smile on his face, you knew you hadn’t seen anything yet. This was Soundgarden. In their home state. After 14 years away. It hit you at how big of a deal this actually was.

And like every other Soundgarden show on the tour, the band was absolutely flawless. Cornell’s voice was transcendent. Mind-blowing. His wail floored the packed, pulsing crowd. It pushed you flat on your back and floated up into the clear night sky. Kim Thayil looked stoic in his bowler hat and zipped off memorable licks with the purest of ease while Matt Cameron was a bloody propulsion machine on the drums. Ben Shepherd’s pounding bass held down the rythym, while he added in a few rockstar moves of his own (such as tossing his bass across the stage). 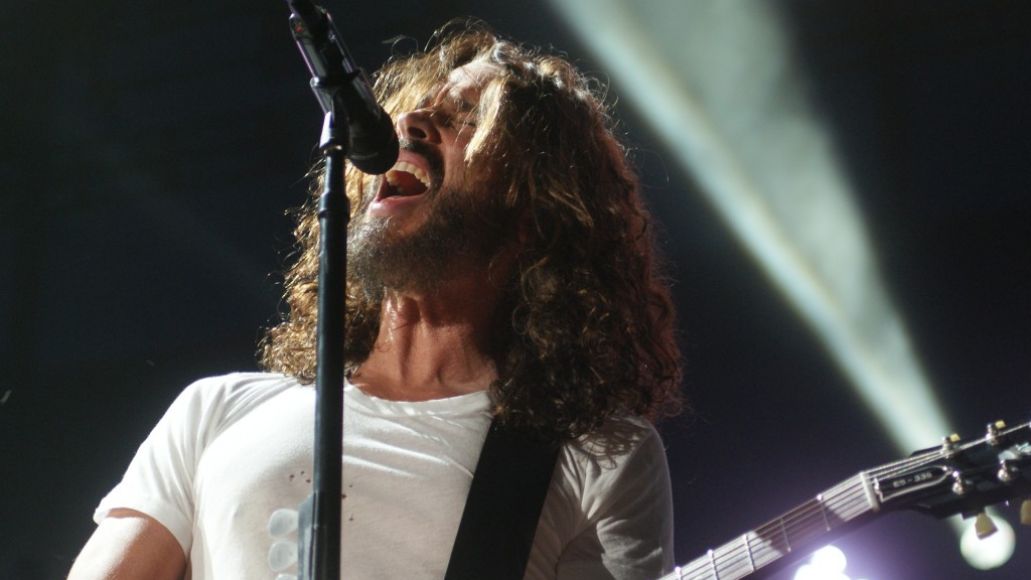 The crowd absolutely ate it up. Of course there were some shitheads in the mix (I’m pretty sure Ben Shepherd ordered someone in the crowd to be killed), and security guards were straining against the barricade to hold the boisterous fans back, but overall there was this ridiculous happy atmosphere. Fans singing along to “Pretty Noose”, “Black Hole Sun,” “Outshined”, and “4th of July” would just look at each other and smile. People were hugging and telling each other they were beautiful. It was amazing. Enough so that Cornell borrowed some lucky fan’s flip-cam, got the lights turned up, and filmed everyone. The band was just so incredibly appreciative. 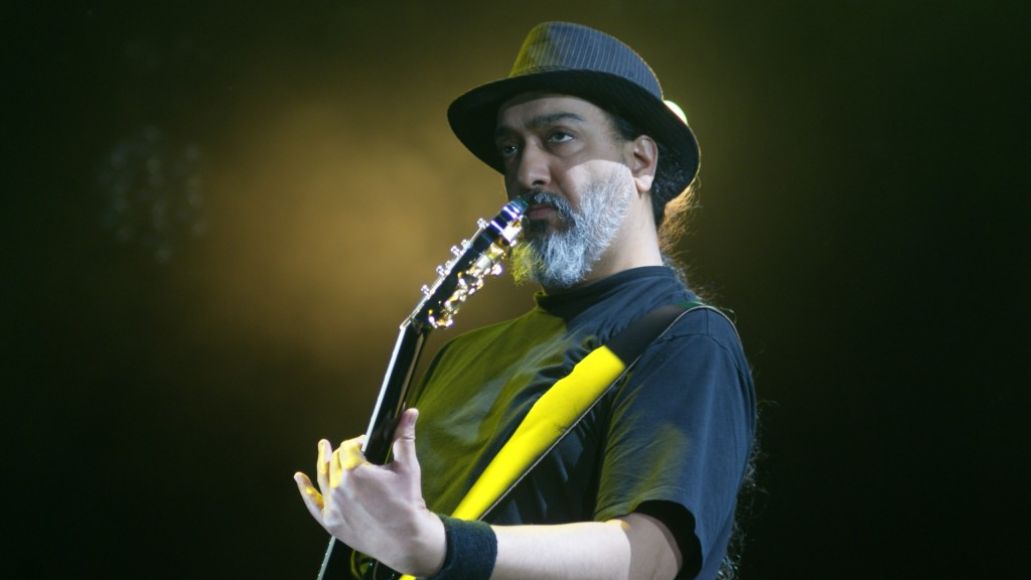 When their two-hour mix of hits and deep cuts finished, people were breathless, speechless and probably a little deaf. They also knew they witnessed a rare show that went beyond your usual concert experience: July 30th the dry, barren gorge was turned into a lush garden of sound.

Live Review: Soundgarden, Queens of the Stone Age, Mastodon at The Gorge Ampitheatre (7/30)