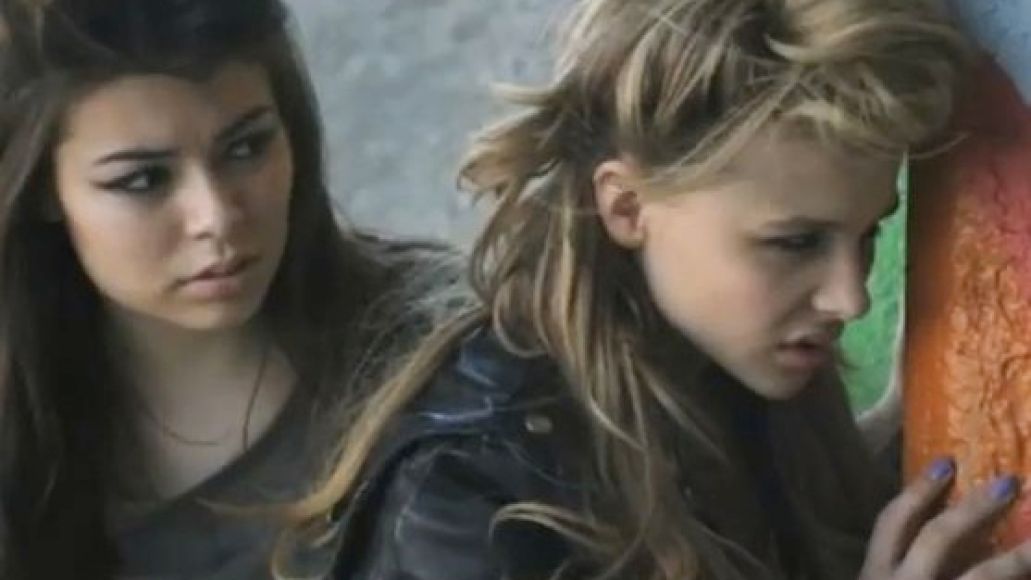 At this point, there’s almost nothing Best Coast can offer that will surprise us. But after videos featuring lol cats and adorable war games, the video for “Our Deal”, off last year’s Crazy For You, takes the rainbow-colored cake for absurdity.

Directed by America’s sweetheart Drew Barrymore, the clip illustrates the battle between the Day Trotters and the Night Creepers, Grease/Rebel Without A Cause-esque street gangs battling in LA like a West coast version of West Side Story. The glamorous young street urchins are made up of a boatload of young stars and starlets, including Shailene Woodley (The Secret Life of the American Teenager), Donald Glover, Alia Shawkat (Arrested Development), and Miranda Cosgrove (iCarly), with Chloe Moretz (Kick-Ass, Let Me In) and Tyler Posey (MTV’s Teen Wolf) cast as star-crossed lovers. We won’t spoil anything, but shit gets real. Real pretty.

And here’s how it was made: