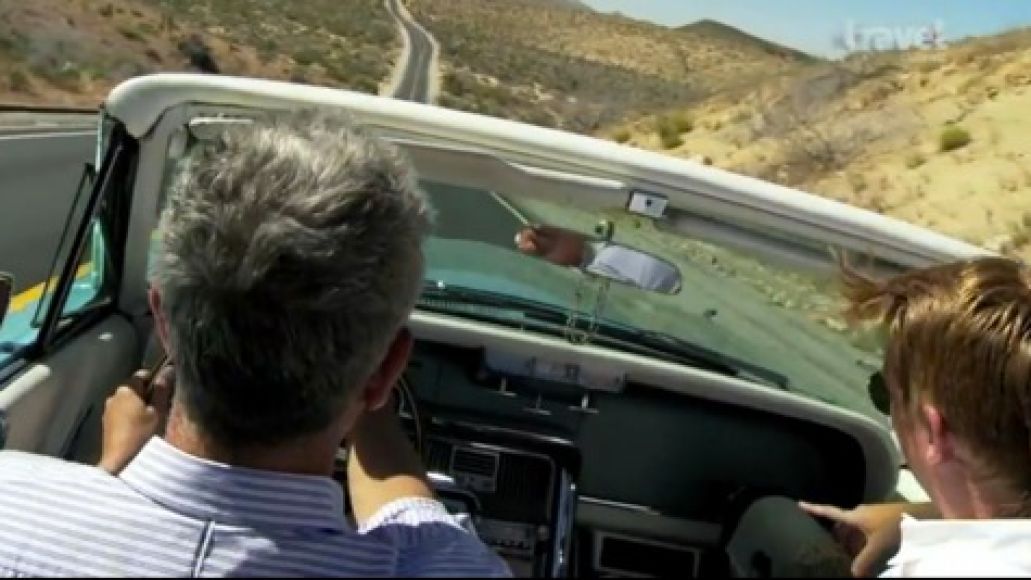 You wouldn’t think it, but Josh Homme is no stranger to the Travel Channel, having appeared on Anthony Bourdain‘s No Reservations back in 2007 with all of Queens of the Stone Age (QOTSA) in tow. Now, almost four years later, Bourdain has taken his show to the High Desert in Southern California, Homme’s stomping ground. The idea seems as if it were conceived specifically to have Homme make another appearance, though there may have been some coaxing on his part to get punk rock chef to visit.

As Bourdain and Homme traverse the sun-baked, tequila-drenched landscapes, many bits of insight into the life of a musician are offered through mouthfuls of Tex-Mex breakfasts and barbeque. Turns out it’s pretty lonely. “A job,” as Bourdain states bluntly at the end of the episode, which coincides all too perfectly with the desert backdrop. Many QOTSA songs are featured throughout, though they actually take a backseat to musical precedence here as the two friends set up shop at the isolated recording studio Rancho de la Luna. There, we’re taken through the process of Homme, with a little help from QOSTA and Eagles of Death Metal collaborators, writing a haunting, reverb-heavy, Kill Bill Vol. 2-esque theme song for Bourdain’s trip to the area.

Below, you can watch a five-minute teaser trailer for the episode along with b-roll footage featuring original music by Mr. Homme. There are more clips available at travelchannel.com, and the entire episode is available to purchase on iTunes.

Video: Josh Homme on No Reservations