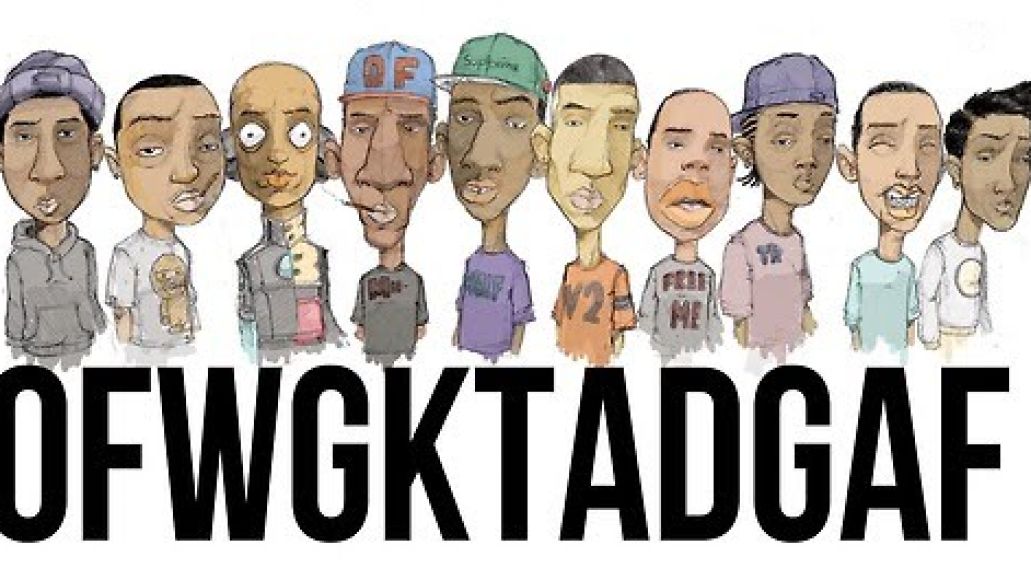 In the last year or so, California hip-hop collective/hooligans extraordinaire OFWGKTA (still just Odd Future to many) have captured the hearts and minds of the blogosphere and beyond with their wide-eyed and mischievous (read illegal) shenanigans and dark horrorcore-but-don’t-call-it-that-cause-they’ll-stab-you brand of rap.

From working with big-name rappers like Pusha T and The Throne to loads of touring and even pissing off Steve Albini, the group have made lots of lasting connections and thicker-than-blood bonds. Now, to let the world in even more and strengthen those ties that bind, a documentary made last year has been released to highlight the collective before the buzz. You know, that magical time of, like, eight months ago.

A Day In Ladera: OFWGKTA, as the 10-minute cinematic experience is called, truly encapsulates what OFWGKTA is all about. Shot in one day in the summer of 2010 by photgrapher Ryan Rigsby in the gang’s hometown of Ladera, CA, the clip captures the band prior to their meteoric rise to fame, before any groundbreaking late-night performances, any dope reissues, or even wins at the VMAs. From riding around bumpin’ music to staging fake inter-group fights and even the highly self aware moment of realizing how quickly they’ll undoubtedly get kicked out of a mall, the unit are at their most raw and most real.

However, don’t expect a ton in the way of heart-felt emotional revelations or soul-bearing. Instead, the greater truth of the band comes by seeing how they interact with one another and the rest of the world. Plus, even on the cusp of greatness, they never once turned from who they are. That’s realness, Mr. Albini.

Check out A Day In Ladera: OFWGKTA below, or head over to Cluster 1.