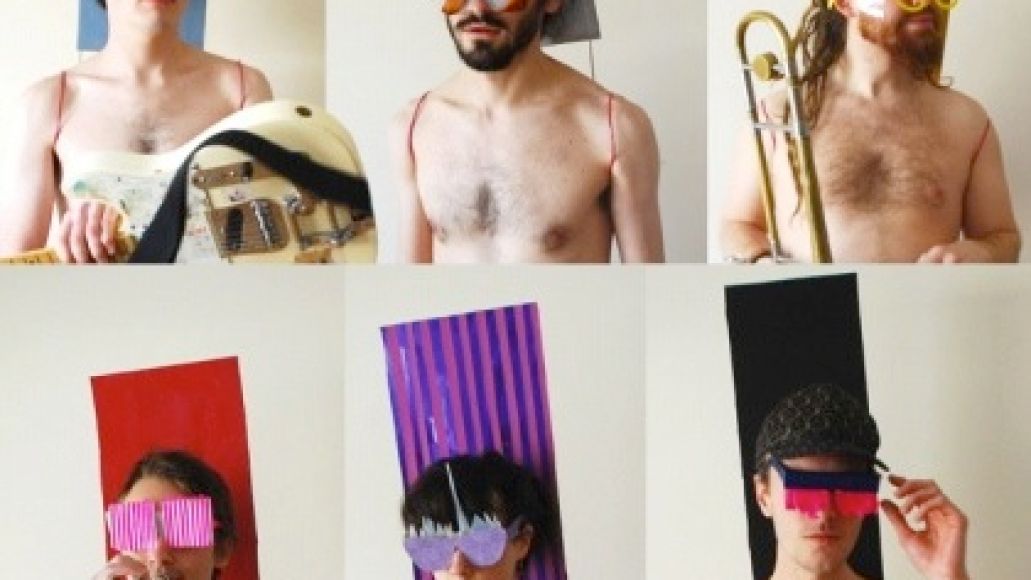 Rubblebucket is like the platypus of Brooklyn’s many up-and-coming young talents: a fusion of eclectic parts that somehow create a breathtaking whole. Produced by Eric Broucek (LCD Soundsystem, !!!, Holy Ghost) at DFA Studios, the eight-piece outfit’s newest LP, Omega La La, mixes indie pop, afrobeat, jazz, and synths, resulting in an undeniable mid-summer party starter. This off-beat mentality is resoundingly represented in their new video for “L’homme” (literally translated as ”The Man”).

According to a press release, the video was originally conceived by video artist/director Eric Barry Drasin as a triptych for live performances, but was later processed, scratched, glitched, rescanned, and combined with footage of lead singer Kalmia Traver, for a video that lives up to the playfulness of the track itself. Grab your French to English dictionary and watch the explosion of colors and absurdity below, or at Cluster 1.