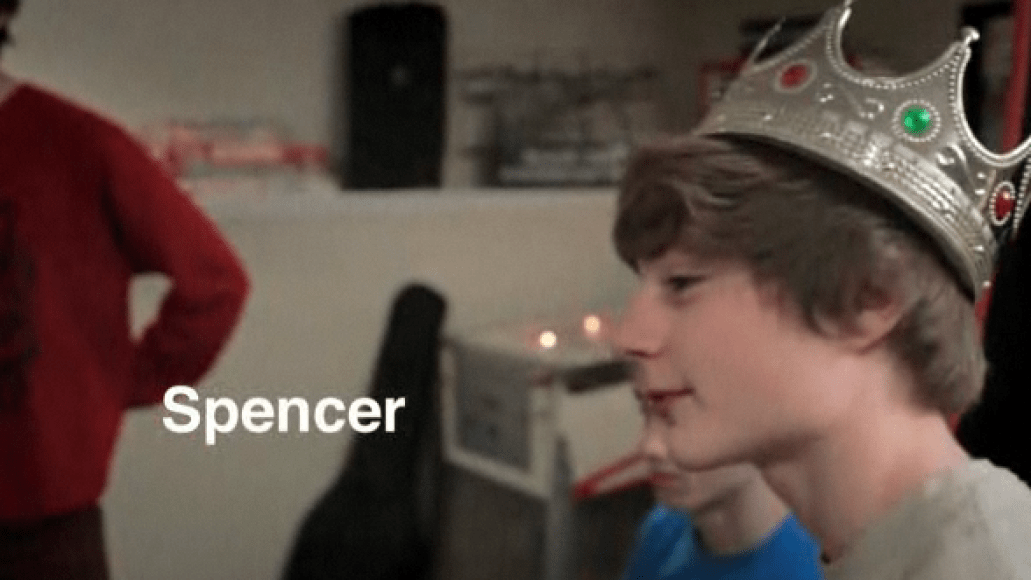 Besides learning to shave and talking to girls, another rite of passage for many young men is joining a band. After weening themselves on rock icons like The Clash or The Beatles, young men across the country grab their best buds, pick up some slightly used instruments, and hit the garage to try and make musical gold (and help make up for not being able to talk to girls properly). Some of these bands fail, while others go on to rock stardom. In the case of The Blisters, the subject of the latest side-splitting clip from Funny Or Die, the results are slightly more hilarious.

The aforementioned Blisters are the real band of Spencer Tweedy (the kid in the apropos crown/son of Wilco frontman Jeff Tweedy) and his friends Henry Mosher and Hayden Holbert. For the sake of the video, though, the trio gain a fourth member in actor Ben McKenzie (The O.C.), whose recent life changes place the four-piece at something of a crossroads. While Tweedy and his two pals are young teens dealing with adolescence, McKenzie’s character Dave experiences puberty in the best way possible: in less time it takes to get your oil changed. The resulting boost in testosterone leaves the band at odds and the audience with some hilarious moments (“Why don’t we toss the you shut up around?”) Check out the video below.

Here’s hoping that Spencer Tweedy’s other real-life band with his dad and brother doesn”t suffer from the same kind of infighting.