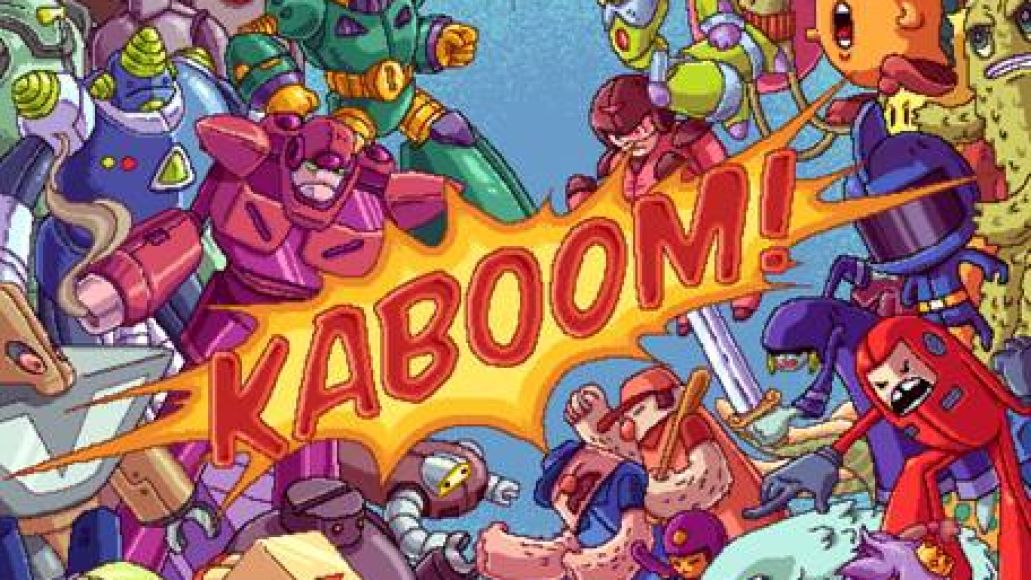 Chiptune nerd-rockers I Fight Dragons have been gleefully fusing Nintendo MIDI effects and power pop-punk to geekgasming results for just a few short years, but they’ve already amassed quite a following. Since the Chicago band released their Atlantic Records debut, Welcome To The Breakdown, in 2010, they’ve been soundtracking sessions of Battletoads & Double Dragon for nostalgic gamers everywhere. Their major label debut LP is finally on its way, and we’ve got a premiere listen at one of the tracks.

“Save World Get Girl” is surely a winner in any nerd’s heart based on name alone. As soon as the track gets going, you’re treated to the familiar tones of exploding pixels from your childhood. When the chorus bursts in with its jubilant overload of soaring riffs, swarms of NES soundcard blips, and Brian Mazzaferri belting out those title words, the heart of that 9-year-old little nerd inside of you can’t help but flutter. You can check out the infectious cut below. Kaboom!, is set for release on October 24th via Atlantic. The complete tracklist can be found underneath the song.

I Fight Dragons – “Save World Get Girl”

Check Out: I Fight Dragons - "Save World Get Girl" (CoS Premiere)