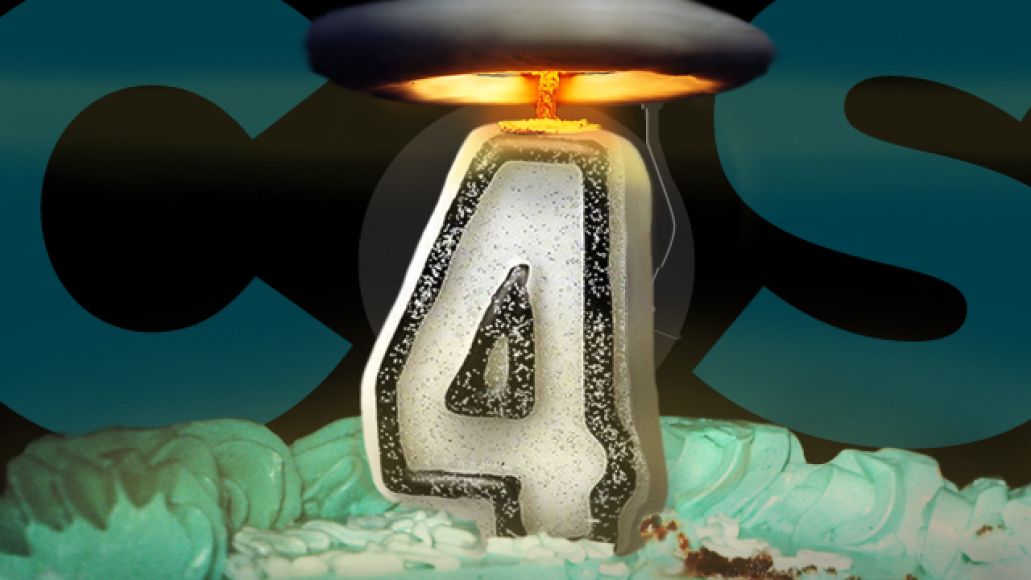 Four isn’t five, but it’s also not three. One is the loneliest number, yet two is for hipsters. Seven is considered lucky, while six is the result of dividing 666 by 111. We’re okay with four — at least for now. This week — check it, September 15th, 2011 — marked the fourth anniversary of Consequence of Sound. Back in 2007, on one lazy Saturday afternoon in New York, Alex Young decided to start a blog. What you see here today is the ongoing result.

But it’s not the result that’s mind-boggling. It’s the journey. Covering four years of every major music festival — from the barbecue-laced heartburn in SXSW to the muddy confines of Bonnaroo to the concrete jungle that is Lollapalooza — or chopping out block after block of news stories or checking off each season’s album release schedule or… you get the picture. The steps count. The turns matter. The articles entertain.

Since its inception in 2007, Consequence of Sound has published nearly 17,000 articles. We’ve worked with over 100 different writers, editors, and photographers. We’ve been to almost every state in America, and elsewhere. Like we said, it’s the journey that’s mind-boggling.

And that’s why we’re okay with four — simply because we’ll be at five, six, and seven in no time. For now, though, let’s have some fun with the number, starting with four thoughts from our CEO/Publisher Alex Young and President/Editor-in-Chief Michael Roffman…

4. My dream of a collaborative album between Jay-Z and Kanye West came to fruition this year.

3. My dream of a collaborative album between Jay-Z, Kanye West, and Jack White remains just that — a dream.

2. We Listen For You’s Soundcast is the best thing to hit the Internet in 2011.

1. Sorry, Chuck, but The Wire is the greatest television show ever.

3. I still subscribe to Rolling Stone. Though, when it comes to print, the best writing is in Vanity Fair or Playboy. No lie.

1. Regardless of all the music I’ve discovered over the past four years, I still haven’t found a better song to sing along to in the shower than Toto’s “Africa”. I am open to suggestions.