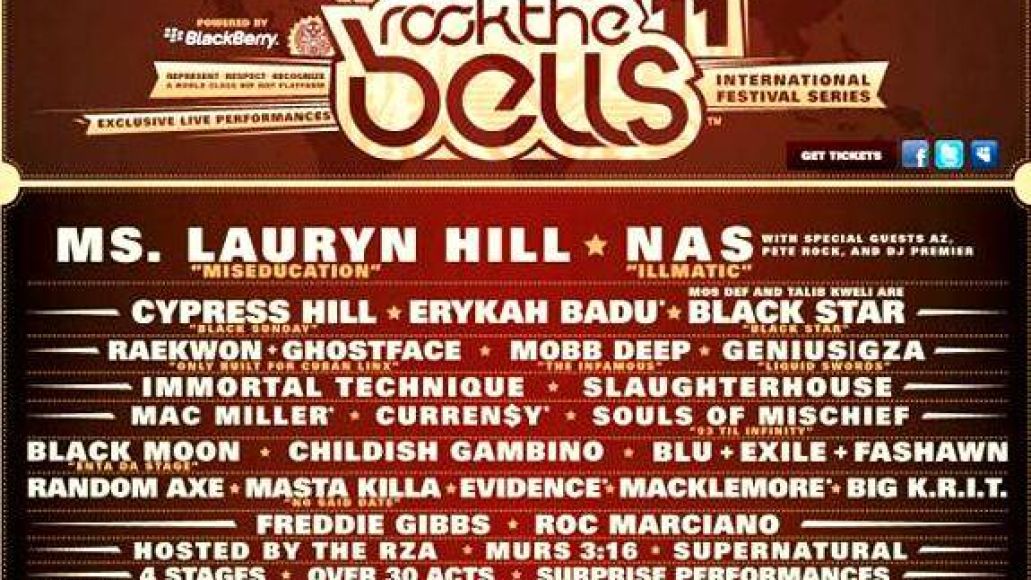 Consequence of Sound was on hand for the New York leg of the festival series, where the action played out across two main stages. The larger Rock the Bells Stage hosted hip-hop legends and modern R&B greats from Nas and Black Star to Lauryn Hill and Erykah Badu. The 36 Chambers Stage was home to numerous Wu-Tang Clan affiliates from GZA to Raekwon and Ghostface Killah, as well as other iconic East Coast hip-hop acts including Mobb Deep and Black Moon. Side stages included the Paid Dues stage, which put the spotlight on underground and up-and-coming acts such as Big K.R.I.T. and Immortal Technique, and the Grindtime stage, which hosted DJ performances.

Governors Island provided an ideal spot, merely a 10-minute boat ride from Battery Park, although attendees had to deal with hour-long ferry lines on the Manhattan side. Still, thousands of NYC-area music fans found themselves in a festival-sized venue within the city limits, catching some of the 90’s biggest names in hip-hop flash back to their most classic cuts. Even though Rock the Bells is making stops in Los Angeles, San Francisco, and Boston, New York City is where many of these artists call home, and so the entire day seemed to celebrate just how special New York hip-hop was in the mid-late ’90s and how important it continues to be.

Festival Review: CoS at NYC's Rock the Bells 2011