It takes a lot of guts for a band to attempt to take on an entire concept, let alone one as nefarious as Evil. But, that’s what Deerhoof did on their most recent disc, Deerhoof vs. Evil, and they’re probably one of the most logical choices for fighting badness. Whether its the band’s high energy noise pop, startlingly cute lyrics about dogs, ducks, and basketballs, or vocalist Satomi Matsuzaki’s charmingly child-like vocal delivery full of wordless hooks and lilting trills, there’s just too much fun to be had in the world of Deerhoof for Evil to survive. Nothing captures that sense of joy and bad-bashing better than seeing the San Fransisco four-piece in the live setting – especially one like Chicago’s intimate Bottom Lounge.

Steve Coombs and his loop-station (also known as Trin Tran) opened the Sunday evening, the one musician’s four limbs putting together percussion, synthesizers, and guitar, dropping some achy, guttural vocals over the top. While many other loop-based musicians revel in the orchestral and grand, Coombs’ compositions are aimed at revving up a crowd, the whole thing vaguely resembling a dense, dark new wave sound. 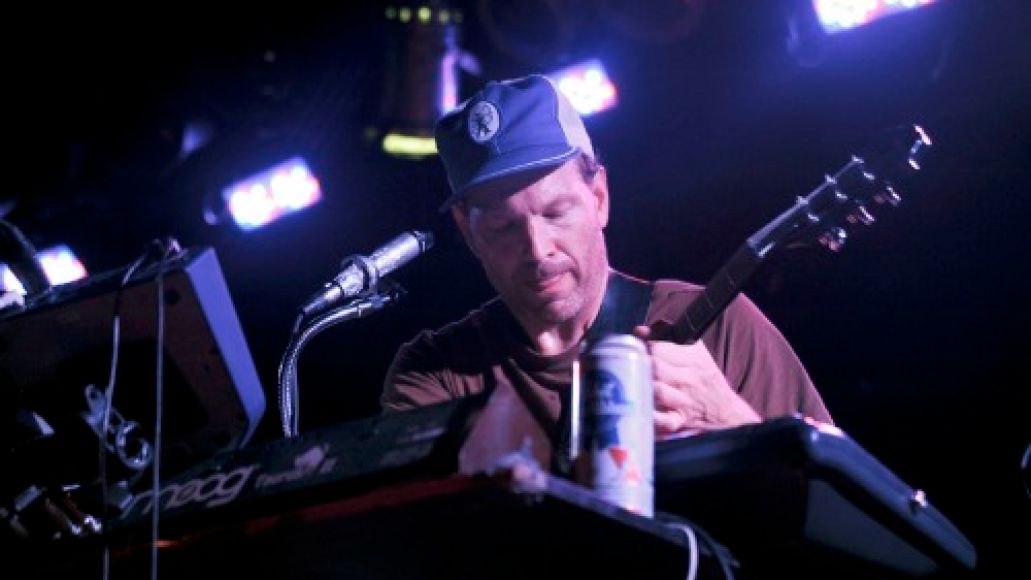 Proud Minneapolitans Andrew Broder, Martin Dosh, Mark Erickson, and Jeremy Ylvisaker strode on stage shortly after Coombs cleared his gear. While the four-piece’s work as The Cloak Ox was totally new, Dosh’s presence at the kit was a familiar sight. The solo artist/one time Andrew Bird one-man-backing-band was a solid, driving force in the group’s genre-twisting power rock. “Wax Museum”s twangy slide guitar and “Artist At the Door”s Dismemberment Plan-lite rambling each took their turn under the lights, netting a warm reaction from the Sunday night crowd. 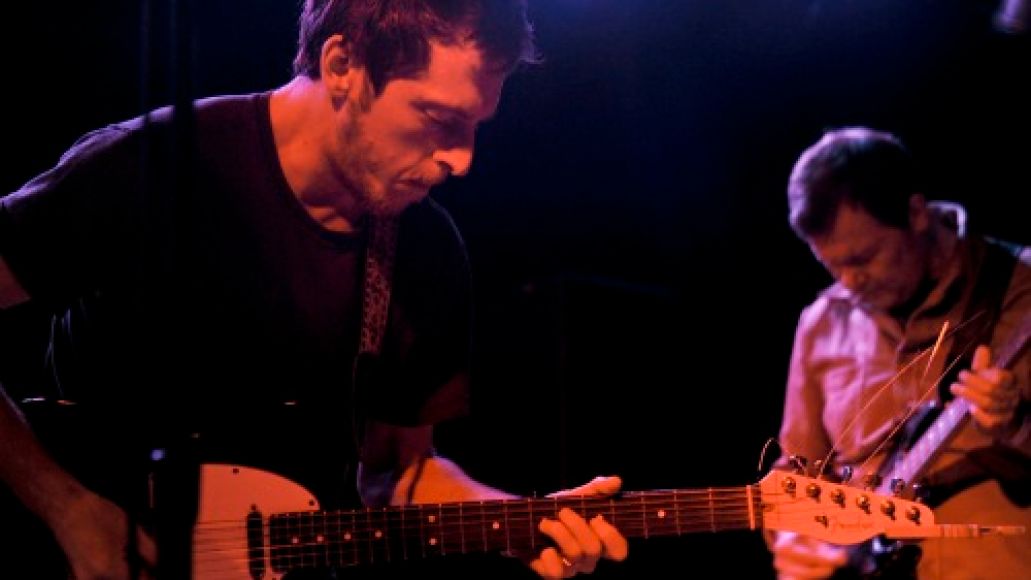 That heartfelt reception grew to a roar as “the almighty Deerhoof” (as Broder named them) meandered onto the stage. Bassist/vocalist Matsuzaki, guitarists Ed Rodriguez and John Dieterich, and drummer Greg Saunier set up their gear in a straight line, no single band member taking any more attention or spotlight than the others. The opening purls of “Super Duper Rescue Heads!” (from the strong Deerhoof Vs. Evil) brought clusters of cheers, but the first lines out of Matsuzaki’s mouth truly set the tone. “Me to the rescue!” she cooed repeatedly, pointing out to the crowd, initiating the beginning of Deerhoof’s mission to rescue Chicago from a boring Sunday night. 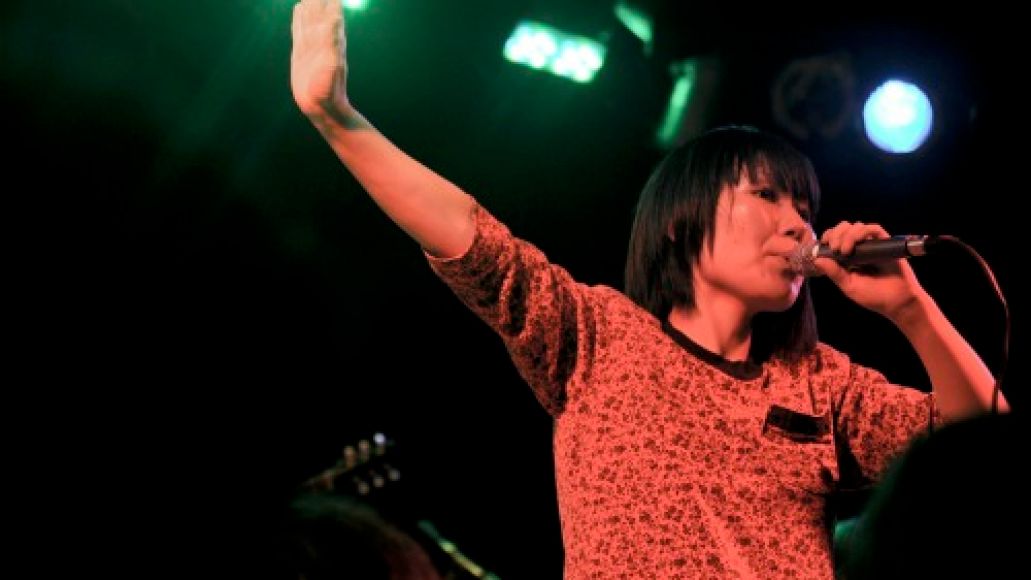 Offend Maggie opener “The Tears and Music of Love” found Saunier grinning and bopping along, smacking away at his sparse kit comprised of a single hi-hat, one snare, and a kick drum. His idiosyncratic percussion style manages always to impress, crushingly filling out a whole song’s depth on three surfaces. Matsuzaki bounced similarly, hopping on one foot. Later, the hugely successful live rendition of “The Perfect Me” featured Rodriguez and Dieterich trading skyscraper riffs, Rodriguez flopping around in his white suit, stringy black hair covering much of his face. “Something’s happening!” someone shouted from the back of the room, reticent of the expressive, powerful music unfurling. 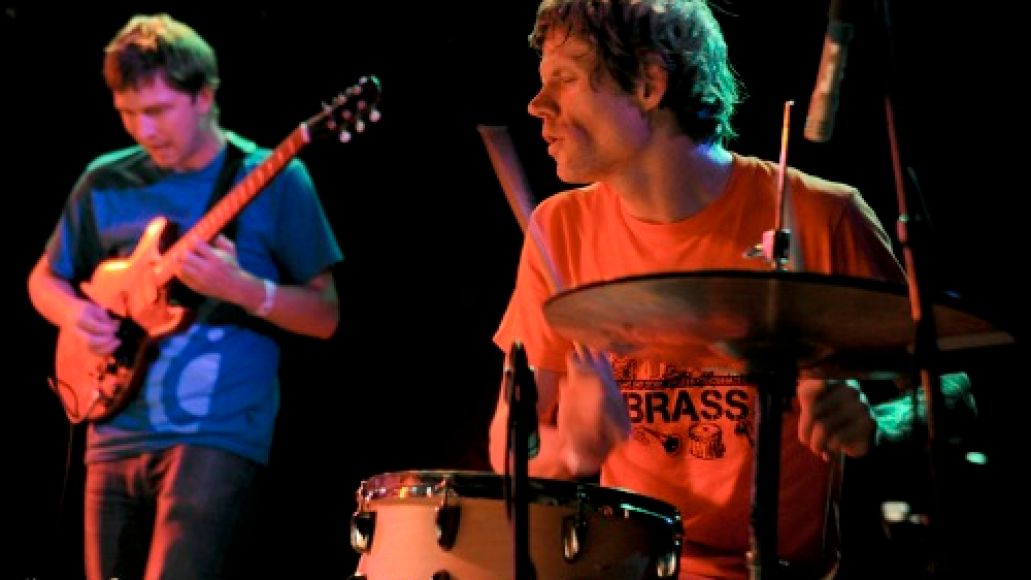 The crunching, dark wave riffery of “Giga Dance” got a huge reaction, Dieterich flailing at his strings, Rodriguez’s arm swinging upward wildly as he played, as if he were sewing something as manically as he could. The whole night he looked vaguely Edward Scissorhands-ian, his choppy movements, downward-cast gaze, mat of black hair, and sly smile only betrayed by the glow of his white vest. Later, “C” and “Milk Man” (from the album of the same name) roughed up the dance floor, longtime fans dancing to longtime favorites.

A cover of Beck’s “Cyanide Breath Mint” had Saunier switched to guitar and vocals, and Matsuzaki on drums. The song was, in true Deerhoof fashion, clonky and percussive in its melody, yet sharply sweet. Encore renditions of “The Merry Baracks” and “Basket Ball Get Your Groove Back” were charmingly messy, the former falling apart piece by piece. But, there was a smile plastered on every audience member’s face, and quite a few dancing feet scattered throughout. Evil (and boredom, to boot) had been defeated thoroughly, and the crowd was ready to venture into the newly joyous rainy evening.