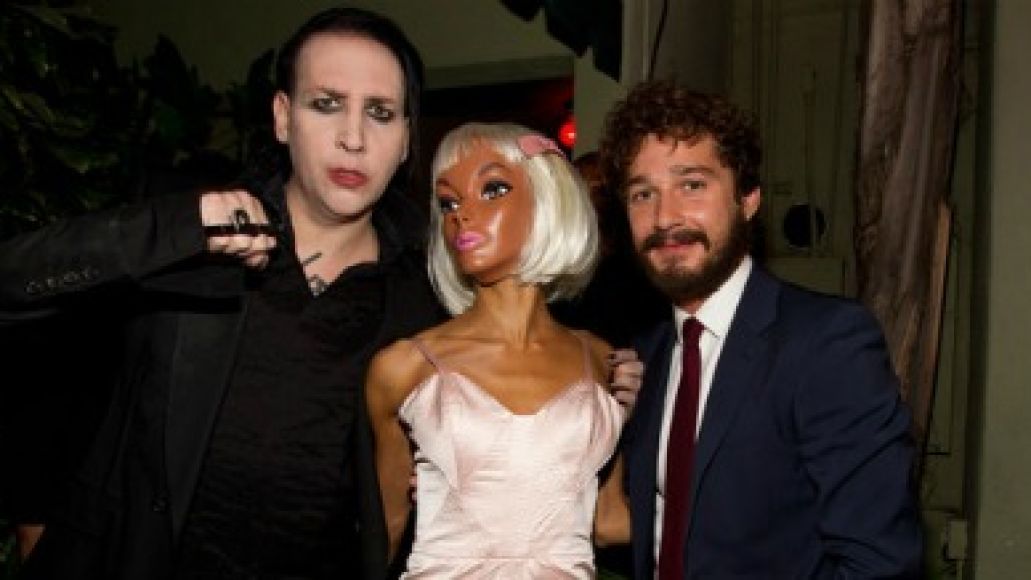 Tossing aside years of shock rock stability, Marilyn Manson (the man and his eponymous band) intend to go full-on punk rock with their upcoming as-yet-detail-less eighth album. But already, the singer and his musical followers are showing just how committed they truly are with the short film for the album’s first track, “Born Villian”: Transformers star Shia LeBeouf directed the Macbeth-referencing clip. Wait, are they sure they’re still not making shock rock art?

The duo of Manson and LaBeouf first became friends at a Kills concert (we’d like to have been there for that introduction). LaBeouf showed Manson another video he directed (Kid Cudi’s “Maniac”), Manson was overwhelmingly impressed, and they set to work on the near-seven-minute “promotional trailer”. While the clip focuses on the “Born Villian” track, drummer Chris Vrena said in an interview the film also features clips of other album tracks and bits of its own score.

With the cinematic experience, according to LaBeouf, “we tried to make Manson’s Un Chien Andalou macabre Macbeth — that’s sort of what that became”, with further references to obscure short films like Alejandro Jodorowsky’s 1973 film The Holy Mountain and the work of Spanish filmmaker Luis BuÃ±uel. The resulting clip is a mish-mash of dark, violent imagery, including unsanitary medical procedures, limb removal, blood spitting, and Manson offering free haircuts. In short, it’s the standard twisted visuals Marilyn Manson has built a career on.

Check out the video below. Marilyn Manson’s eighth album is scheduled to hit stores before the end of the year via Cooking Vinyl Records.