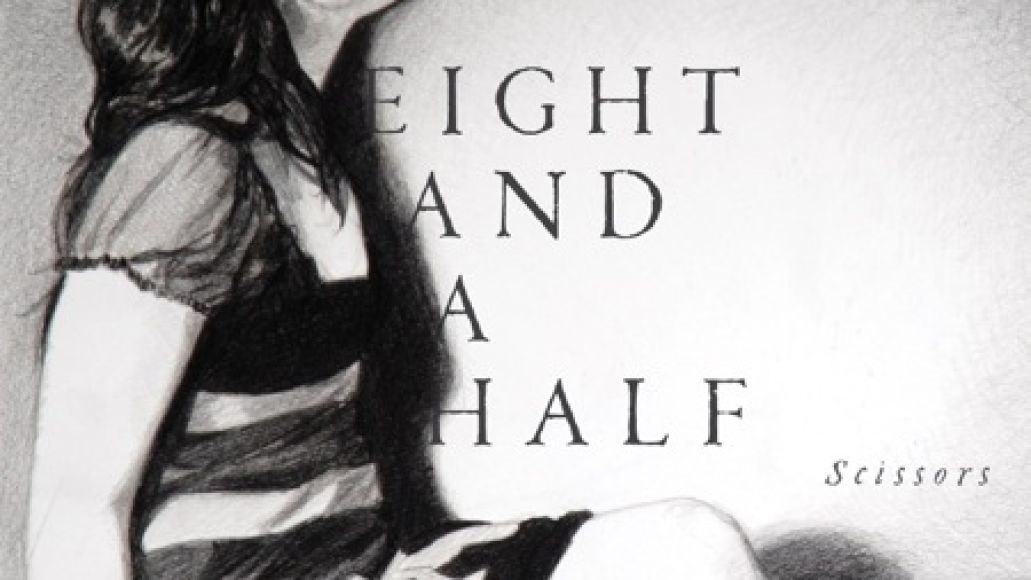 There have certainly been some truly awful spin-offs in the entertainment business: Baywatch Nights, Joanie Loves Chachi, Saved by the Bell: the College Years, and lastly and definitely least, Joey. Now, less than six months after the breakup of Canadian indie-rockers The Stills, former members Dave Hamelin and Liam O’Neil are attempting to right all the wrongs of former spin-offs by teaming up with Broken Social Scene drummer Justin Peroff for a new band titled Eight and a Half. Naturally, the project shares the same name as the renowned 1963 surreal masterpiece by director Federico Fellini (8 Heads in a Duffel Bag must have been taken). Check out their appropriately dreamlike first song, “Scissors”, streaming below.

“Hold me, like an old friend. Hold me, like an omen” sings Hamelin, his vocals buried deep inside the wonderfully lush and layered synth-based track. While “Scissors” definitely marks a change for the trio, they are in good hands with Grammy-nominated John O’Mahony (Coldplay, Metric) at the helm who took up the mixing duties for the as-yet-untitled and self-produced debut album. Expect the upcoming LP to be released sometime in early 2012.

As for the direction of the group and their music, Peroff recently told AUX, “I don’t know, to be quite honest with you. It’s not even really rock ‘n’ roll. It’s got rock sensibilities, it’s got pop sensibilities. It’s very synth driven, but not in a 2007 electro way. It’s pretty heavy.” Well, then. Throw in some cowbell and we’re sold.

Members of The Stills, Broken Social Scene form Eight and a Half