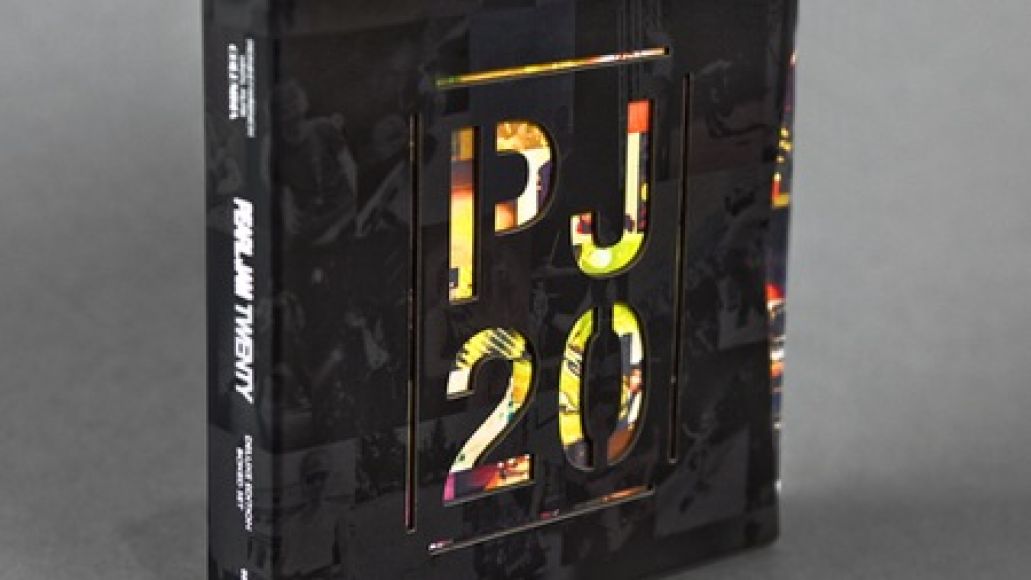 Of course you’ll want your own copy of Pearl Jam’s Cameron Crowe-directed documentary, Pearl Jam Twenty, so pay close attention. Beginning October 25th, the film will be available as a three-disc DVD/Blu-ray set, featuring the final version of the film, along with an alternate version and loads of bonus footage.

The alternate version, or The Kids Are Twenty version, was Crowe’s original vision for the film. Speaking earlier this month with Rolling Stone, he explained that “we were just going to do an archival study of them – a real straight [The Who’s] Kids Are Alright kind of account of all the stuff that was in the vaults that had never been released. ”

“We got halfway through. We actually have a version of the movie that’s like that, which will come out on the DVD, called The Kids Are 20 – it’s the movie with just performance and very little talk. But about halfway through, we were saying, ‘You know, it would be really great to go in there now and talk to the guys about all this stuff. But let’s talk to them in their houses, where they’re most personally comfortable, and ask them conversational questions. Let’s get them as guys on film.’ So that’s what we did.”

The exact tracklists for each disc are still forthcoming, but you can find a disc by disc breakdown below. A single-disc DVD version featuring just the final version of the film will also be available on the 25th. Pre-orders are now ongoing via the band’s website.

Disc 3: The Fans Are Alright (over 80 minutes of extras focusing on the fans and their relationship with the band)

Pearl Jam Twenty is now screening in movie theaters across the country. Ahead of its DVD and Blu-ray release, it will also be aired on PBS on October 23rd. Check out the trailer below.