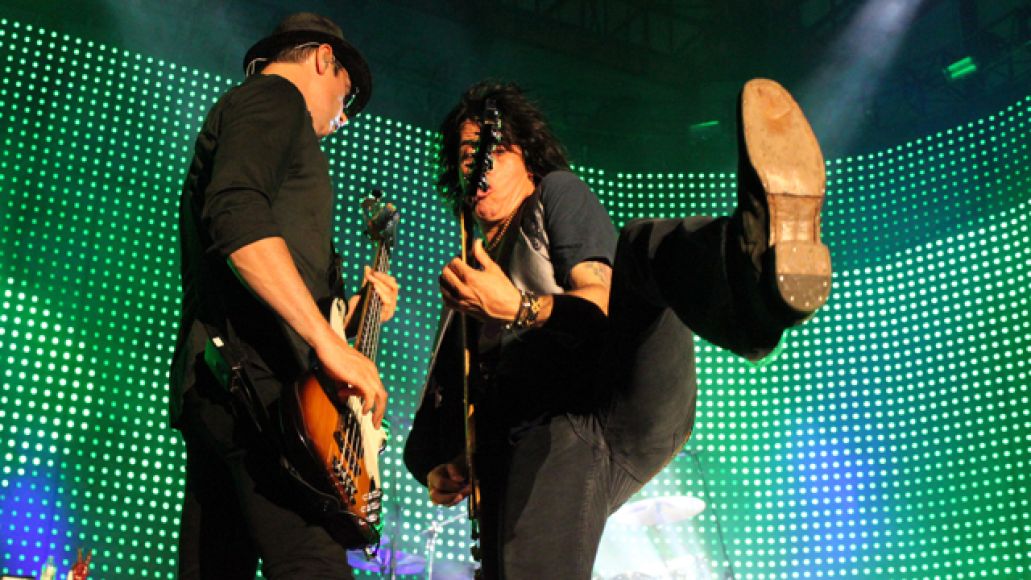 Someone get Scott Weiland some Ricola; the frontman’s vocals are in dire need of a vacation. At least according to the band’s Facebook page, who reports that Stone Temple Pilots have been forced to postpone their remaining dates. Like a dutiful student, who wants to avoid detention, the band has a note from a physician, Dr. Sid Khosla, Director of the UC Health Voice in Cincinnatti, where the band canceled their show on Wednesday night. He writes:

Today myself, Dr. Eva Van Leer and ENT Dr, Keith Casper consulted with Mr. Weiland. Upon a video stroboscopy we determined his left vocal chord has likely scarring and his right vocal chord is tremendously inflamed. With such a heavy concert schedule and vocal activity we determined that Mr. Weiland could potentially run the risk of a vocal hemmorage or suffer permanent damage hence putting him on complete vocal rest.”

Already the band’s Oklahoma gig has been rescheduled for November 5th, while the other three postponed shows - Cincinnati, Louisville, and Council Bluffs, IA – will be rescheduled soon. Original ticketholders can wait for those dates, or seek a refund. On the plus side, at least the band’s still intact, unlike concerns that surfaced from last year’s tour postponement.

Our advice? Warm tea with lots of honey, Mr. Weiland. Then, call us in the morning.