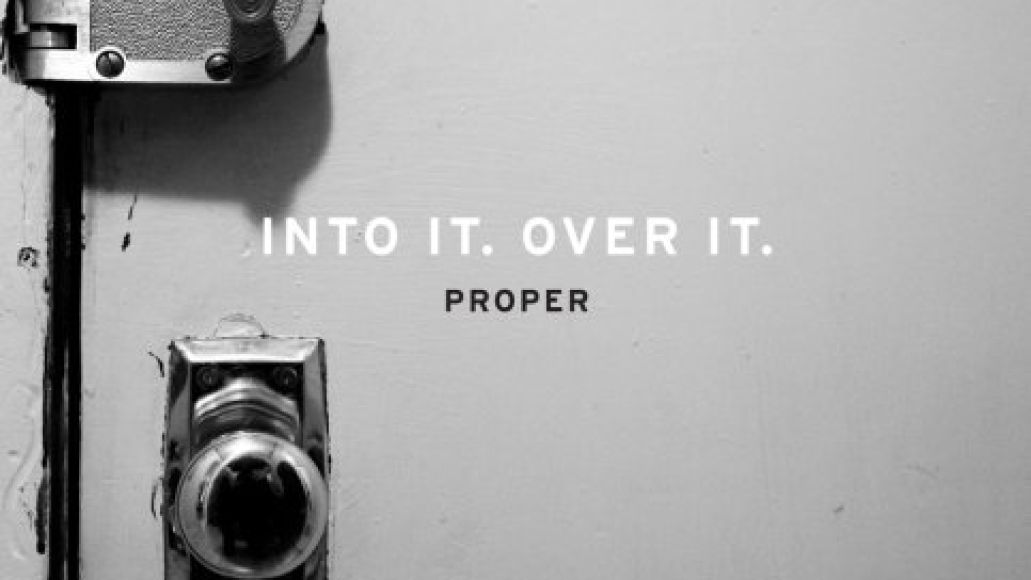 At only 26 years of age, Chicago-based punk-rock songwriter Evan Thomas Weiss has already made a lot of music. From recording with the likes of Up Up Down Down Left Right Left Right B A Start, The Progress, and Stay Ahead of the Weather to his 52 Weeks project (where he recorded a track a week for one whole year), Weiss’ sonic output is that of a man much older than himself. Now, he’s finally readying a proper solo outing with Into It. Over It., a project where Weiss channels the likes of Chuck Regan and Colin Meloy into earnest, emotional punk songs.

Into It. Over It.’s debut album, the aptly-titled Proper, is out today via No Sleep Records, but CoS is streaming the entire 12-track effort right now below. Recorded at Blacklodge Studios in Eudora, KS, the LP was co-produced by Ed Rose (The Get Up Kids, Touche Amore, Small Brown Bike), with cameos from Nick Wakim of Stay Ahead of the Weather/CSTVT on drums and Nathan Ellis of The Casket Lottery. The record overflows with Weiss’ autobiographical stories, coupled together with some of the most melodic and straightforward instrumentation of the punk genre.

Weiss is currently on tour with Frank Turner and Andrew Jackson Jihad now. Check out the full schedule below.

Stream: Into It. Over It. - Proper