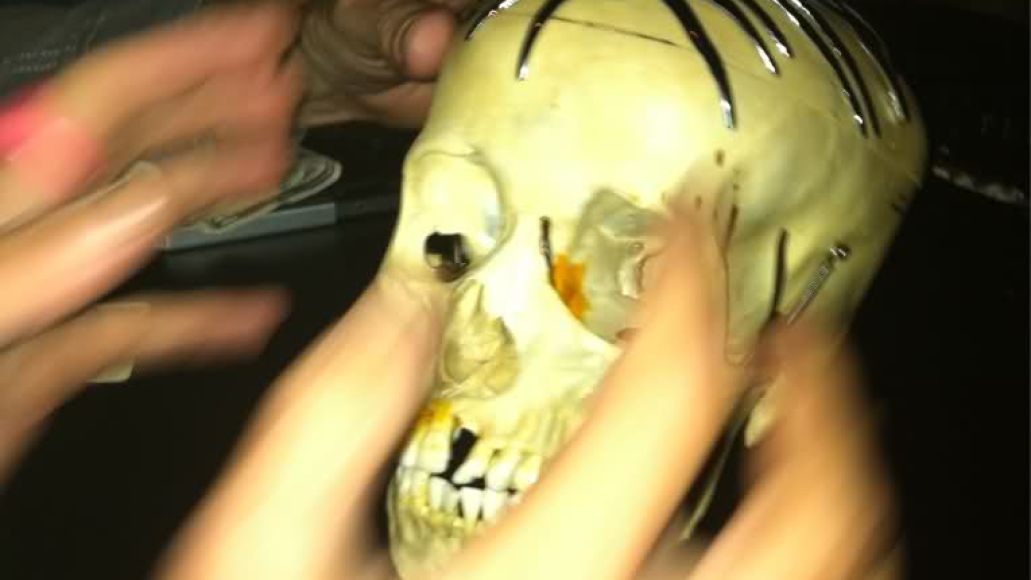 Fresh off the release of their six-hour song “I Found A Star On The Ground”, The Flaming Lips now have plans for their next eye-popping, mentally-exhausting project: a 24-hour live song. At this rate, we’re likely to have a month’s worth of new music from Wayne Coyne & company by Christmas.

Talking to the O Music Awards (via Pitchfork), Coyne said the track, which is “a song about death and it’s a song about fucking and it’s a song about life,” will be released on Halloween at midnight. The band is also moving away from gummy for a new packaging option: copies of the song will be transfered onto hard drives and placed into human skulls. “There’s a place in town (Oklahoma City, OK) that’s called Skulls Unlimited that’s been here for almost as long as the Flaming Lips have been here, and it sells human skulls,” Coyne said regarding the body part procurement. That may also explain why they love the OKC so much…

Update: According to Psych Explorations of the Future Heart, the released has been limited to five skulls for $5,000 a piece, all of which have sold out already. What a shame.

In the meantime, check out “I Found A Star On The Ground” in full below. Between now and All Hallows’ Eve, you should be able to get through it at least once.