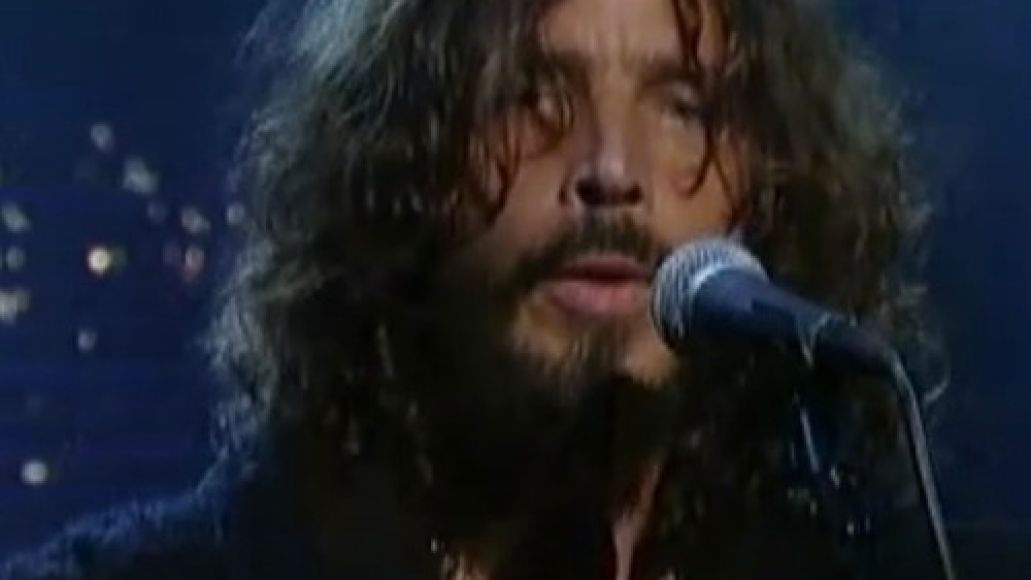 Teens are still rocking Nirvana tees, Pearl Jam has the ability to curate their own festival, and Soundgarden are set to headline Voodoo Music Experience 2011. In all, it seems Seattle grunge maintains a firm grasp on the hearts and minds of rock enthusiasts. But after more than 20 years the artists have undeniably changed… did anyone back in 1995 see Ukulele Songs or Scream on the horizon?

Last night, Soundgarden’s legendary frontman Chris Cornell took to the Ed Sullivan stage with just an acoustic guitar, one of rock’s most amazing voices, and his cohort Alan to perform “The Keeper” off of the official soundtrack for Machine Gun Preacher. The low-key performance showcased the elder Cornell; gone is the angst of early Soundgarden, replaced by a sense of wisdom, maturity, and renewed post-Timbaland humility.

The Machine Gun Preacher OST is available now via Relativity Music Group. Thanks to The Audio Perv for video support.