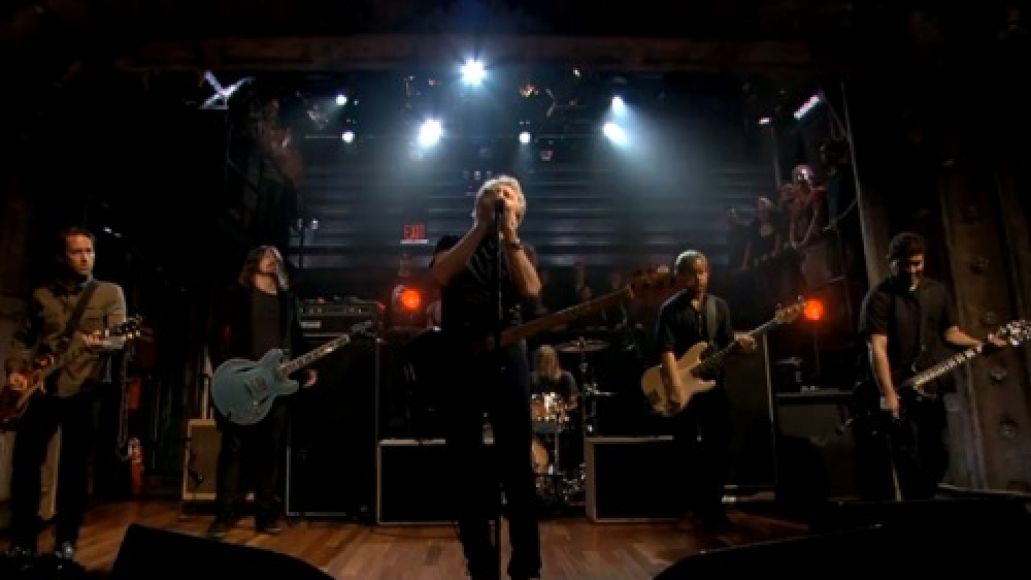 It’s one thing to have the Foo Fighters as your musical guest. It’s another thing to have Roger Waters stop by for a chat. It’s sort of a mindfuck to have both perform together. As Pink Floyd Week continues on Late Night with Jimmy Fallon, the musical guests just get better and better. Although some may argue hearing J-Fal mimic Bowie while singing Foster the People, or Joseph Gordon Levitt channeling Axl Rose for Kelly Clarkson’s “Since U Been Gone”, is enough to call it a solid, entertaining night, Late Night kept fans awake for 15 more minutes. Performing another favorite for the week, the Foo Fighters joined Waters for a stellar, solid cut of The Wall‘s “In the Flesh”. While this isn’t the first time Grohl & Pals have attempted Floyd (2000’s “Have a Cigar” cover, ring a bell?), it’s certainly now their best. Your move, MGMT.

Check out the performance, and Fallon’s chit chat with Waters (during which he announced he’ll be bringing The Wall back to the States for another string of dates), below courtesy of The Audio Perv.

Video: Foo Fighters and Roger Waters "In the Flesh" on Fallon