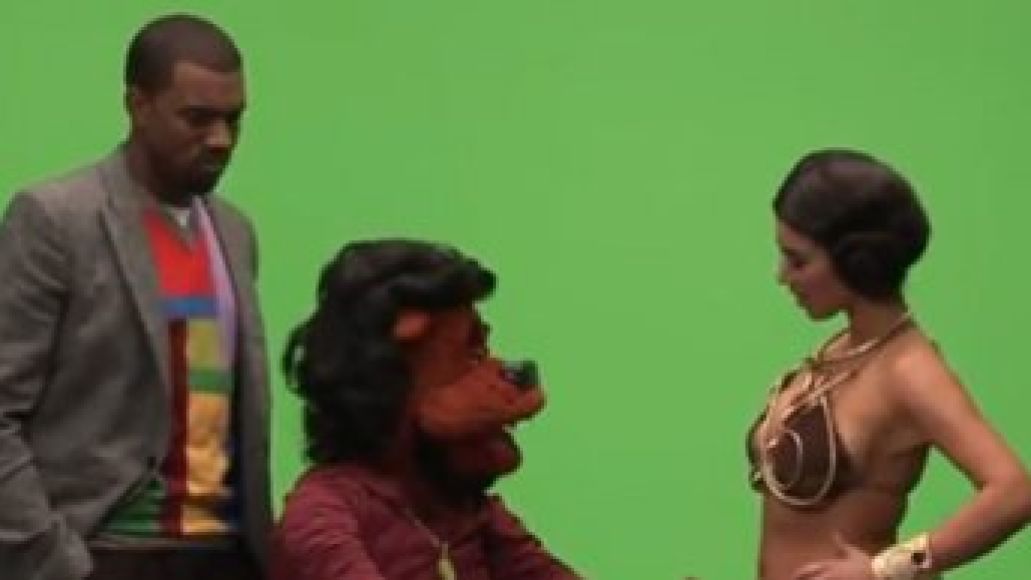 Back in 2008, long before Tyler, the Creator and company ever dreamed of television stardom, jack of all trades Kanye West teamed up with fellow Chicago MC Rhymefest and the producers behind Comedy Central’s Crank Yankers for another profanity-laced freaky puppet show entitled Alligator Boots. Sadly, nothing came of the project that was sure to be a gangsta rap version of The Muppets. That was, however, until now. Below in all its comedic glory is a 10-minute behind-the-scenes look at the show. With everything from Kim Kardashian dressed as Slave Leia to Ye and Rhymefest snowballing ideas, it sure beats any of West’s appearances on The Cleveland Show.