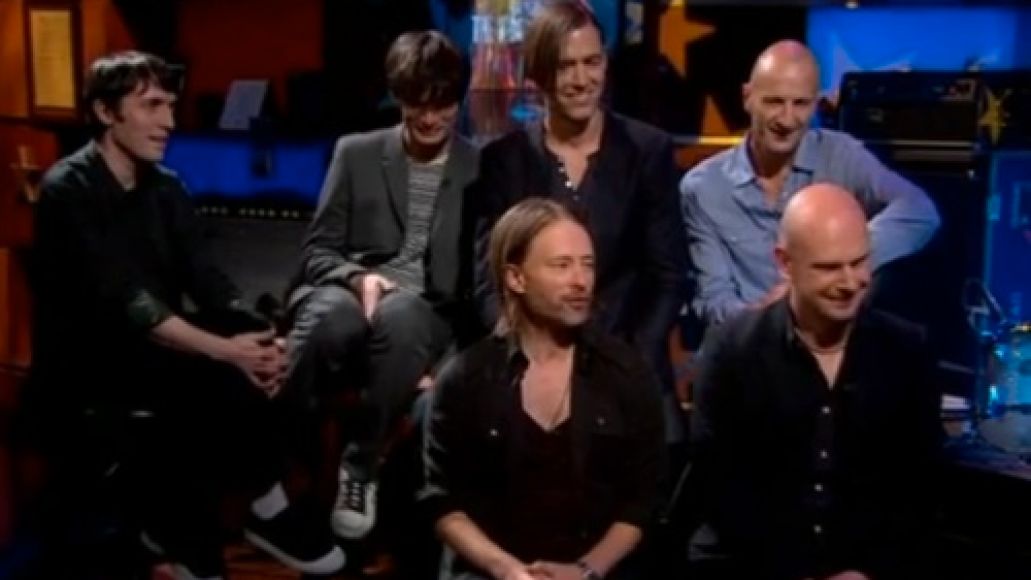 Anyone who has ever seen 1998’s Meeting People is Easy knows that Thom Yorke prefers to stay away from the press. Some consider him an introvert. Why then he chose to follow up a performance on TV’s most difficult live stage with the world’s single toughest interview remains a mystery. But, hey, Radiohead loves to keep us guessing.

So does one Stephen Colbert. The late night god dedicated an entire hour to UK’s favorite rock band, which featured one of Colbert’s typical-yet-not-so-typical interview in between Radiohead’s four-song set. Among the topics discussed: Why British?, corporate sponsorships, hipster haircuts, global warming, and who’s saving the world more: Bono or Yorke? As for the performance, Radiohead kicked off with the unreleased “Daily Mail”, then played King of Limbs cuts “Bloom” and “Little By Little”, and closed with an old favorite, “The National Anthem”. Update: The band also offered a web exclusive performance of “Morning Mr Magpie”.

With the help of The Audio Perv, we have a replay of the entire episode below.