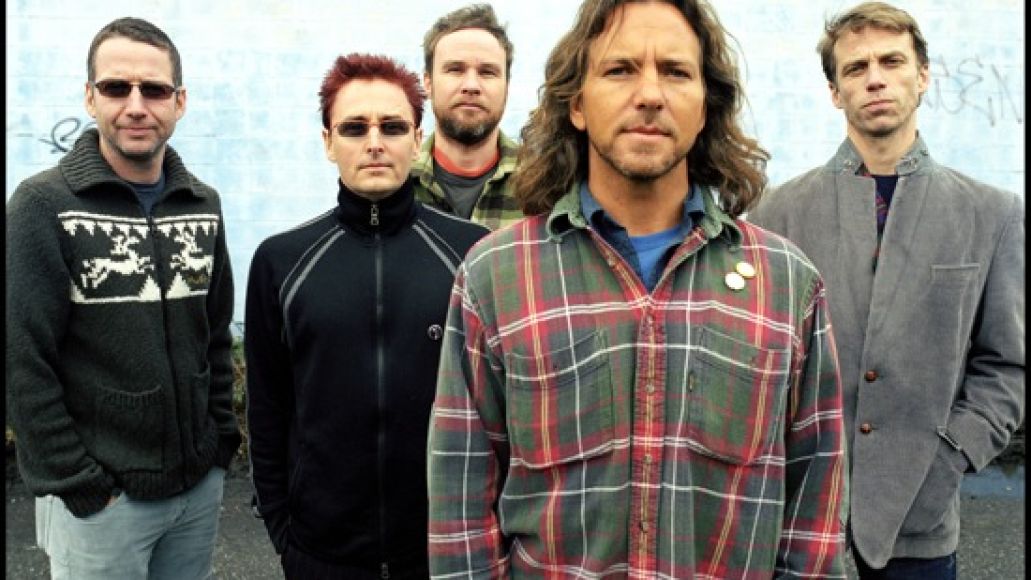 During the first night of Pearl Jam’s 20th anniversary music festival in Alpine Valley, WI, Temple of the Dog reunited, Chris Cornell aided in a cover of Mother Love Bone, The Strokes’ Julian Casablancas lent his vocals for “Not For You”, Queens of the Stone Age’s Josh Homme guested on “In The Moonlight”, and Liam Finn, The Swell Season’s Glen Hansard, and Mudhoney’s Dan Peters joined the band for “Who You Are”. Night two better feature the resurrection of Kurt Cobain or I’m going to be disappointed.

The members of Pearl Jam teamed up with their former bandmate, Chris Cornell, for a three-song reunion of grunge band Temple of the Dog. The all-star collective last reunited in 2009.

Pearl Jam – “Not For You” (w/ Julian Casablancas)

Video: Temple of the Dog reunion and other Pearl Jam 20 highlights