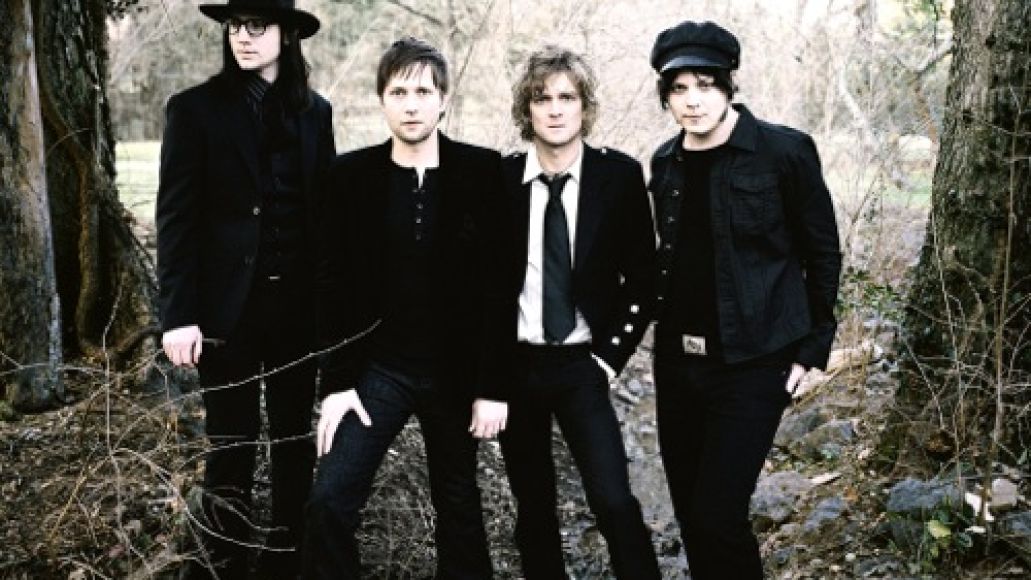 So you read Carson O’Shoney’s review of The Raconteurs’ comeback concert at Nashville’s Third Man Records on Wednesday night and instantly scrambled to YouTube yearning for more. And then you didn’t find anything other than a pair of videos recorded in some guys pocket featuring semi-decent audio of the band performing “Broken Boy Solider” and “Many Shades of Black”. It was still enough to get you hot and bothered though — at least it was for me.

So good news: the Jack White-led outfit played their second show in as many days (and years) at Nashville’s Ryman Auditorium last night and this one seemed a lot easier to record. Below, we have video of the band’s nine-minute rendition of “Carolina Dreams”, which served as the set’s closer.

Update: We now have clips of the band playing “Consoler of the Lonely”, “Salute Your Solution”, and “Steady As She Goes”.

We’ll edit it more clips as soon as they pop up. Also, if you’re Michigan, New Orleans, Orlando, or Atlanta, you should go see them live in the coming months: