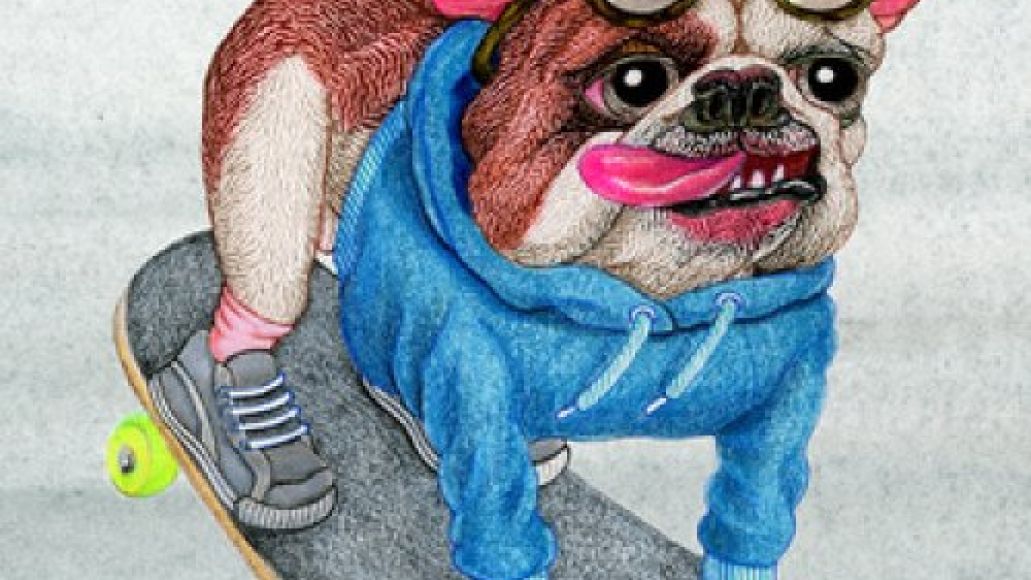 In music’s illustrious history, everything from large female posteriors to PiÃ±a coladas has served as inspiration. Gowanus Canal-based indie rock trio Radical Dads have a different muse: bulldogs that skateboard. At least, that seems to be the case in the group’s new song, “Skateboard Bulldog”. Singing about the perils and joys of being a bulldog that skates (just how do they balance so well?!), the high-energy, fuzzy cut is a straight jam despite the goofy subject material. Check it out below as you contemplate teaching your Schnauzer to rollerblade (via Prefix).

“Skateboard Bulldog” will be released as a 7″ b/w “Know It All” on December 13th. Radical Dads’ debut album, Mega Rama, is out now.