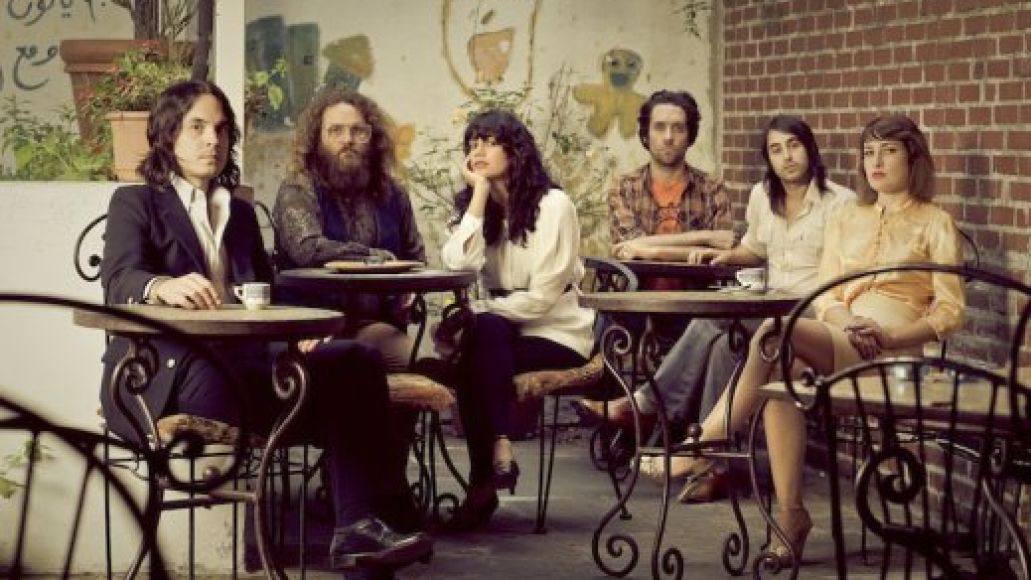 The last we heard from The Phenomenal Handclap Band, the New York City-based dance-pop outfit was collaborating with singer-songwriter Diane Birch on a covers EP. Since then, the band has toured with legend Bryan Ferry and been hard at work on their own new album. And while Form & Control, the follow-up to 2009’s debut self-titled LP, isn’t in stores till January, you can check out an exclusive first listen of the track called “Following” below.

Band co-founder Sean Marquand says the track was inspired by the sounds of Human League, Chic, and Fern Kinney. ”At a truly great dance party, there is a moment when you can feel a certain energy take off in the room. You can look around and see that everyone is in to the exact same thing at the exact same moment, it’s a unifying force. The song is directed toward all of those who might want to join that moment and experience the same spirit.”

After a spacey, vocodered start, “Following” breaks down into a solid, rhythmic pace with some decidedly New Wave influences. Take a deeper listen to the thud of the instrumentation and you may hear prog-pop and more modern dances tinges to the band’s newly-honed sound.

If you liked what you heard, you can also download your own copy of “Following” via the widget below.

Check Out: The Phenomenal Handclap Band - "Following" (CoS Premiere)