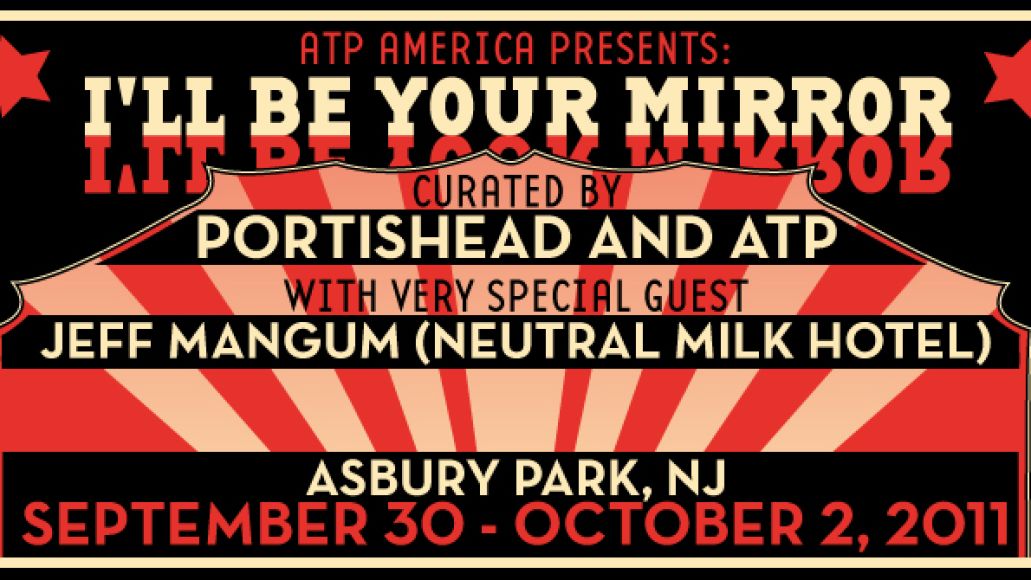 Hey, who said festival season was over? A certain All Tomorrow’s Parties event, the inaugural U.S. I’ll Be Your Mirror, just took Asbury Park, New Jersey by storm (sort of literally, but that’s okay because it was inside!) and it surely qualifies as a festival. That’s right, while every other festival is in its 10th year and booking the same 250 acts as the festival preceding it, ATP just swoops in with an unglamorous but effective idea and declares itself a contender for U.S. festival of the year!

At least as far as the music goes. What other American festival in 2011 booked two rare acts to play two shows each? Jeff Mangum performing what amounted to an intimate Neutral Milk Hotel greatest hits set and Portishead playing its first U.S. shows since Coachella 2008. What other American festival provided a platform for pioneers from the golden age of hip-hop like Ultramagnetic MC’s and Public Enemy, as well as underground heroes like Company Flow? With apologies to Best Coast, what other American festival was willing to forgo flooding its bill with indie hype in favor of superb avant-garde acts like The Album Leaf and Thee Silver Mt. Zion Memorial Orchestra?

And it’s not just the music; it’s the little things. Where else can headliner and co-curator Adrian Utley walk unnoticed amongst the commoners to check out a band? At what other festival can Utley’s bandmate Geoff Barrow greet fans in a crowded bowling alley without being ambushed for autographs and photos? At what other festival are you surrounded by people who are there for the music, not just to be seen? Where else are you not limited to $8 Heinekens or trapped inside the grounds all day?

I’m not making the argument that I’ll Be Your Mirror was the best festival this year; I’m just saying it’s a contender. Pound for pound, anyway. I mean, if Herman Cain…well, you get the point.

Festival Review: CoS at ATP Presents: I'll Be Your Mirror New Jersey