Three 6 Mafia has had one of the most interesting and productive careers in hip-hop history. What started off as an underground outfit focused on horror-tinged street tales gradually evolved into a mini-empire led by DJ Paul and his partner Juicy J (the only two perpetual members of the group) that has increasingly leaned toward a more mainstream sound. The songs are still hardened and often horrific (DJ Paul’s latest single, “Mad at Me”, riffs on the Halloween theme), but in an infectious, energy-boosting kind of way that feels right at home on the dance floor.

On top of releasing nine studio albums, the duo have put out several mixtapes, produced countless up-and-coming artists, made a handful of films, and starred in their own reality TV series. Oh yeah, and they won an Oscar, too. Phoning from Los Angeles, DJ Paul convivially chatted with Consequence of Sound‘s Dan Caffrey and special guest interviewer Dan Pfleegor about horror films, Three 6 Mafia’s delayed 10th album, and his love for R. Lee Ermey.

Tell us about your mixtape that’s been out.

Yeah, the latest one is Pray for Forgiveness, and it’s me and Ya Boy. We did the mixtape together, and put it out as a little bonus. So, it’s on iTunes for $4.99. It’s me and a little hot producer out of Memphis named Lil Lody. We released a video off the album. Me and Young Buck and Charlie P.

What’s the concept behind the video?

Aw man, the video’s stupid. It’s one of my favorite videos out there. It’s like a robbery movie mixed with a horror movie. The shape is like a horror movie, but the premise is put down like a robbery movie, like a drama. We got these chicks, and we give them guns and a Cadillac truck, and we spin ’em up in a corner store. So, they run up in the corner store, and they start robbing and find out that the corner store man got a dope boy operation going on in the back. So, they run back there in threes, and they get the boys up. And the lesson there is that it’s hard to be a dope boy today.

My boy Charlie P. One of the rappers in the video.

Are there any specific homages in it to already existing horror movies?

Naw, it just gives you the feeling of one, but it doesn’t taking nothing from one. We did a scene where the glass breaks, like if your TV screen broke. It’s pretty cool.

You guys have always been pretty big horror fans, right?

Do you have a favorite horror movie of all time?

Yeah, The Texas Chainsaw Massacre part one. The original.

I liked the remake. It was one of the best remakes in remake history. That one was good, especially on the part where they shot the dude or the chick or whatever in the head, and the camera pans through her head out the back window. Man, that shit was awesome.

Oh yeah, it goes through the hole in her head after she takes the gun out of her vagina.

Just that sheriff alone, that dude’s a hell of an actor, man. He was crazy as hell in that. I wanted to kick his ass.

Yeah, I saw all his movies. He does commercials where he plays drill sergeants. He did a Geico commercial.

Yeah, it’s funny as hell, too. He did a Geico commercial where a dude was, uh… he wasn’t actually a drill sergeant in it, but he was a psychiatrist who acted like a drill sergeant. So, he was all hard on his clients and shit like that. And at the end, the dude’s crying, and he threw him a box of napkins and was like, “Here you go… Sandy Hands” or something crazy like that. I think it was a Geico commercial, but it was funny as hell, though.

You guys have ventured into filmmaking yourselves with Choices and Choices 2. Have you ever thought about making a straight-up horror movie?

Yeah, we have done a lot of that thing, man. We want to eventually do that. But we’re so scared. We got like three scripts, and nobody’s really had a shot yet. But I’m just trying to figure out the right way to do it and make it make sense and make it make money. ‘Cause it’s so easy to steal movies these days, you know? We already losing on music, so I’m just trying to figure out a way to put out a movie and do it with a skeleton crew and small budget so we won’t completely lose. ‘Cause I mean, you know, I’m in the hood and I’m at my boy’s house, and they be like, “Hey, man, let’s pop in the Transformers DVD,” and I’m like, “Damn, Transformers ain’t even out yet!” [laughs]

Is that frustrating? Laws of Power has been pushed back a few times. Is it frustrating to see the songs leak while you’re still waiting for the album to come out?

Naw, the songs that leaked… we leaked those. My studio is in my house. It’s like one of the guest bedrooms. And my engineer’s been with me like eight years. So, that shit don’t go to anyone else but me. He don’t even have a copy of it. At the end of the night, I lock the room, he go home, and I go to bed. We’ll leak our songs ourselves, you know, just to test the waters on them and release singles, but I never had nothing that like leaked and I was like, “Oh shit, how the hell’d they get that?”

Do you guys have a definite release date yet for Laws of Power?

Naw. Naw, the album’s done, but we’re just sitting there waiting for the label to get their minds right with which one of these singles they wanna roll.

Would you mind describing the plot of one of your film scripts?

Well, we’ve got one that’s called The Streets of Memphis. We’ve got a hip-hop movie that’s untitled.  And we’ve got Choices 3.

There’s going to be a Choices 3?

It’s the return of Big Pat. He wasn’t in Choices 2 ‘cause he was serving time in prison, in real life. So, we just played it off that in Part 2 he went to prison, which he did. Then, in Part 3, he get out, and he’s coming at anyone who crossed him out or left him hanging or did bad shit when he was locked down. It’s hard. It’s gangsta as hell. It’s Project Pat on steroids. He comes out, and he’s killing motherfuckers all over the place.

Project Pat is frightening in Choices and on the albums, but on the show Adventures in Hollyhood, he seemed like a big teddy bear. Is that just because he’s shy? Does he have a nice demeanor normally?

Well, naw, he ain’t shy. Pat’s just real laid-back, you know?  It’s when you piss him off that you see the crazy side. He’s the type of guy that if you walk up to him… if a couple dudes walk up to him and then try to rob him or try to talk shit to him, he’ll try to talk them down first. He’ll be like, “Young dudes, ya’ll need to think about what you’re doing, this and that.” He’ll try to talk to them like, “This ain’t the way; you need to get your mind right, this and that. But if you wanna do this, there’s gonna be some repercussions.” [laughs] He has been in prison on and off a lot, but he can’t be wild in the streets. He only gets wild when it’s time to get wild. 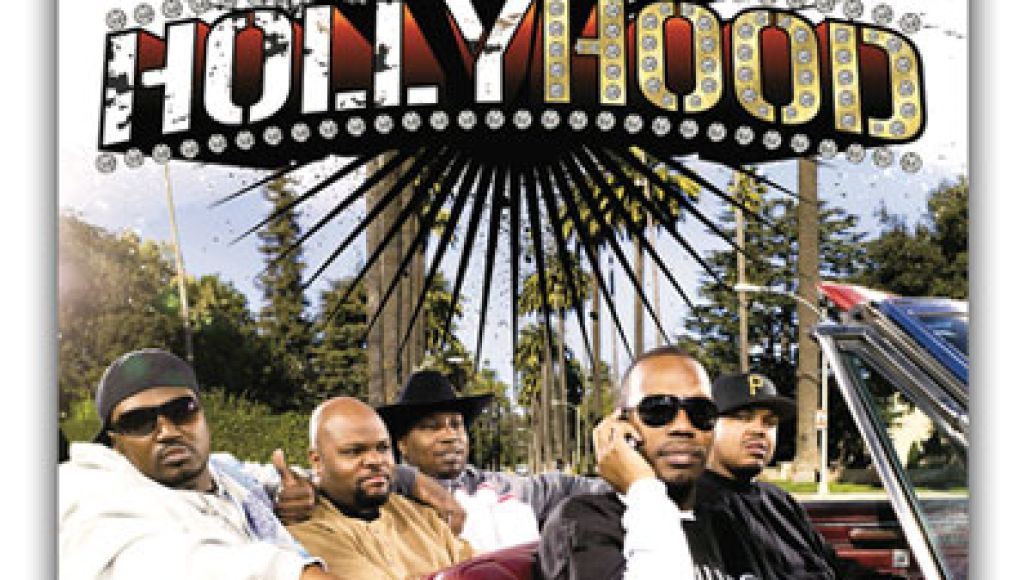 Are there any plans for a Season Two of Adventures in Hollyhood?

Naw, that’s over with.

Was reality TV something you enjoyed doing, or did it get on your nerves after a while?

Your early music contained a lot more references to occult imagery. Was that something you guys consciously moved away from, or did it just kind of happen?

Man, you know it just kind of happened. You gotta go with the times and the sort of people that’s listening to music in the club these days. Don’t wanna hear nobody talking about chopping somebody’s head off and eating it. You know what I’m saying? That’s a small crowd. There’s still an audience out there for that, and I wish I could one day sit back and throw a CD their way of that. But as of now, it’s too hard to sell records, so you’ve gotta try to come out with the hardest shit that you think that the whole world is gonna wanna buy, and not just some small little colored kids somewhere down in some small town gathered ’round a fire and thinking about shooting up the high school tomorrow.

Well, the stuff these days is really a lot of shit that we do, because the stuff we do is more about partying, drugs, women, alcohol. [laughs] It’s always been there on Three 6 Mafia albums. But you know, the ones in the day had more killing and robbing and this and that. All of them pretty much had the shit we done did. I mean I ain’t gonna sit up here and say I killed somebody or something like that, but as far as the robbery shit, the drug dealing, this and that… we grew up in some rough times, man. We grew up in some rough neighborhoods. So, there’s a lot of shit we did in the past that, you know, is crazy. You know, we talked about it once, and we really don’t talk about that no more. We’re just on to the more happier days. Those bad days roaming the streets are gone. We’re just talking about life as life goes, the present moment in life. And right now our life is riding in big cars and messing with hot chicks.

Do you think you’ve become happier as your career’s gone on?

Of course. Who wouldn’t?