HARD Music Festivals have been on the map since New Year’s Eve of 2007, when they held the bash to end all bashes in downtown L.A. Since that night, the organization has grown into a full-fledged superpower in the world of electronic/dance music. With annual festivals in multiple cities, sponsored tours that span the country, on-going New Year’s Eve bashes, and a cruise scheduled to set sail in early 2012, they’ve taken over the genre. If you haven’t heard of HARD, you either really loathe dance music, or you’ve been living under a rock.

HARD has been home to the best and the brightest of both established musicians and up-and-comers. From Flying Lotus to Fatboy Slim and virtually everyone in between, every HARD event promises to be a who’s who of electronic music. Recently, Consequence of Sound was lucky enough to sit down with the brain behind the entire organization, Gary Richards (who also DJs under the moniker DESTRUCTO), for a few words just weeks before the 2011 installment of the annual HARD Haunted Mansion in L.A on October 28th.

It’s always riveting to hear anyone in the dance music industry’s take on the current state of the scene, but Richards gave us some particularly engaging insights regarding the future of not just HARD, but electronic/dance music as a whole.

For those of our readers less in tune with the electronic music world, can you describe HARD in your own words?

Uh, I would say it’s an amazing collection of international DJs where music comes first. Uh… [laughs] I don’t fuckin’ know. That’s a tough question. Can we come back to that one?

Absolutely. You’ve been pretty consistent in days past about making mostly electronic, primarily dance, music with a few live bands and a few rappers every now and again. Is this the aesthetic you plan to hold to for coming years?

Yeah, I mean, the backbone of HARD is always electronic, but we’ll pepper in whatever music is cool, whatever fits. I like all kinds of music. Like, I’m listening to some Mastodon right now. Whatever’s cool, we’ll chuck it in there, but just a little bit. Just a sprinkle, or, a like, squirt of lime in there.

You’ve certainly got L.A. on lock, and you’re reaching out to other cities all the time. Do you plan on being a huge presence like you are in L.A. in other cities?

That’s definitely the plan, and we’ve done two tours, so we’ve hit a lot of cities. We hit Austin, Toronto, Philly, D.C… So, yeah, the plan is definitely to grow into some of the bigger events in those markets. Just trying to do it in a nice, organic way, instead of trying to, like, force it in there, you know? 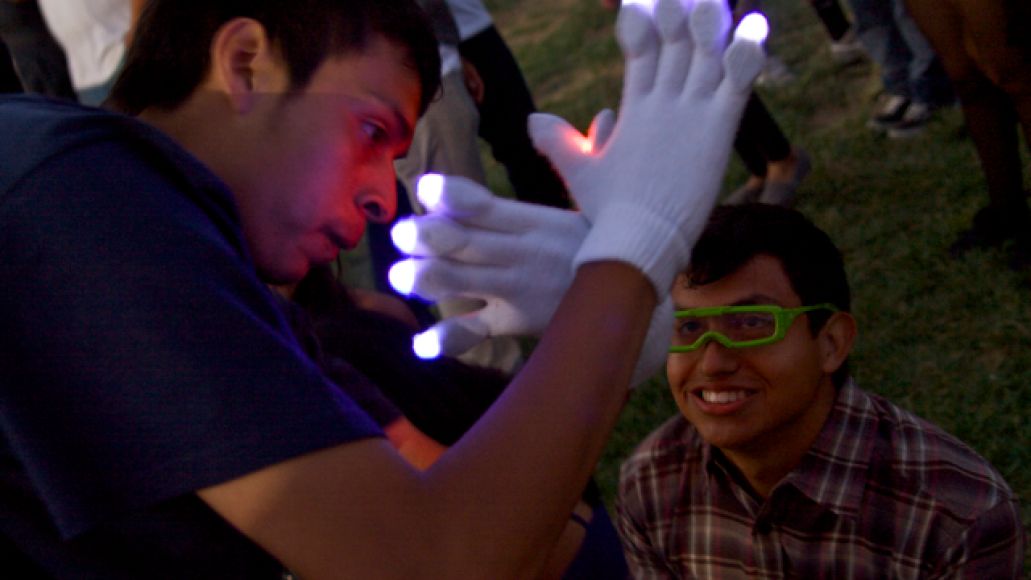 International [is] definitely on the plan. It’s just a little bit more difficult. We’ve been in talks with a lot of people from Europe to get over there, and our [Holy Ship!] boat goes in international waters, and we’re doing a private island in the Caribbean, so we’re kinda getting there. But, I feel like HARD is a little bit of a different brand or style, and I think there’s definitely a place for it all over.

There’s always a lot of overlap in the rosters. For instance, Fatboy Slim, Skrillex, Rusko, and a few others are all playing Haunted Mansion as well as Holy Ship! in January. A lot of festivals shy away from repeat performers. Why doesn’t this mindset affect your events so much?

I just think that a lot of our events are a little more intimate, like, not as big as some of the mega festivals. We’ll use Fatboy [Slim] as an example. He’s playing The Haunted Mansion and then the boat, which is, you know, on the other side of the country. So, we try and space it out a little bit, but I feel like some of the guys are just staples. Like Soulwax and 2manydjs? I’d have those guys play every fuckin’ day if I could. I feel like there’s a pool of super, super, super talented guys at the very, very top, and any chance I have to bring ‘em, I will. Obviously, after a while, we try to give it a rest. I come from the record business, so I like not burning them out, but I think some of them definitely warrant multiple plays. So, you know, I don’t want to just not bring them because I’ve had ‘em before. A lot of these guys, I could listen to ‘em forever. That’s the feeling behind it, and I don’t think anyone’s complaining.

Since the events carry an air of similarity conceptually as well as in lineup, how do you make sure each event is unique?

Well, we try to change up the stages all the time, the way that the stages look in their design, and we do a lot of different venues. Most of these events take place at different venues, different stages, different setups, but, mostly, it’s the people. I mean, we’ve got different people that come all the time to all of the different events, so I don’t think that we’re gonna have the same people at Haunted Mansion that are gonna be on the boat. There will be a few, but for the most part, it’s gonna be a new experience. Plus, I mean, on the boat, you’re gonna see Fatboy Slim on the sand on a private island, and at Haunted Mansion you’re gonna see him in the night in front of 10,000 people. So, yeah, it varies from event to event.

Specifically, since we’ll be covering the event this month, how will HARD Haunted Mansion 2011 be different from its predecessors?

With the Haunted Mansion, we don’t have to change it from year to year. I mean, the lineup’s completely different, but I think that for us, with that event, if it’s not broke, don’t fix it. The Haunted Mansion event’s been our best event to date, and I think we have a formula that works. Definitely the stages will be different, like the configuration of what you’ll see on the stage itself, but the layout is 95 percent the same. It’s taken years to get to that place to figure out that this is what works best there. It’s safe, the city likes it, the fans like it, so I’m not changing it, you know? What changes is the acts. The acts are completely different from last year.

HARD is an impressive institution, when you look at the whole scope of everything. It’s sort of all over the place. From a summer tour to a half-dozen festivals to HARD Presents, it’s a year-round gig. How do you stay on top of it all?

It’s tough, dude. I have a good team that I work with that helps me keep it all together. And I DJ, so it helps me keep my ears open to always listening to what’s new. I think that’s the secret formula to what we do. I mean, it’s pretty obvious. You could go book Skrillex, or you could book Rusko and sell tickets, but we’re booking Kingdom, Jackmaster, The Magician, some of the smaller guys, L-Vis 1990 and SBTRKT. [We’re] trying to get the guys on the way up, keeping it fresh. But I think being a DJ helps me a lot, because I don’t sit here and go, “Hey, who should I book?”, or call people up and be like, “Hey what’s hot?” I make my own sets and whatever’s in there, play. I play, and I book, you know?

I hear that you’re also the father of two. Is that correct? 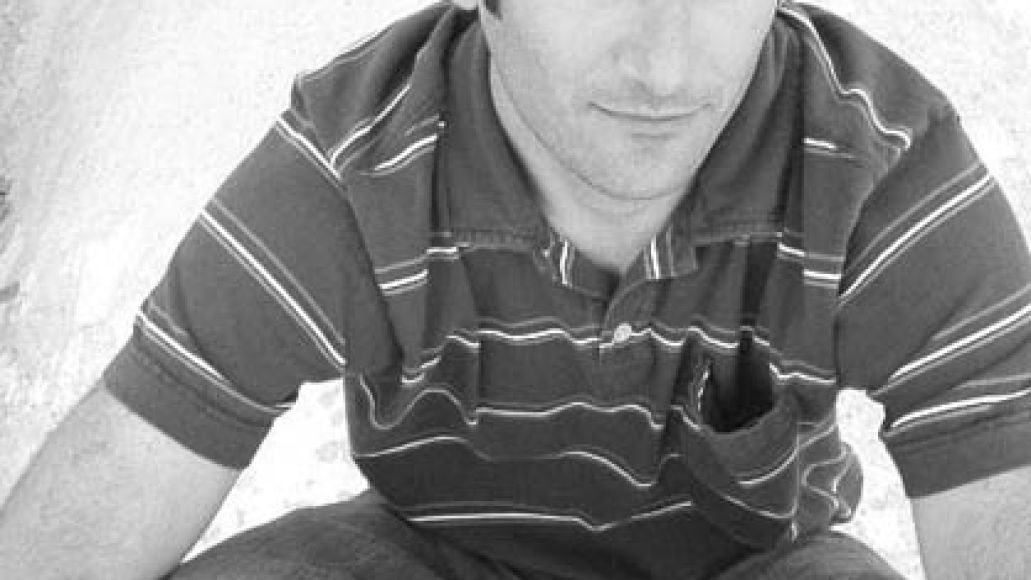 So, what’s that like balancing home life vs. performing as DESTRUCTO vs. being in charge of HARD?

It’s brutal. [laughs] Put it like this: I’ll sleep in another lifetime. No, it’s tough, but every morning no matter what, when I wake up, I’m pumped. Get up at like seven in the morning and hang with the kids for a bit, and then to the computer, and when I look at my computer to see what’s going on, like everything that comes in is always exciting. I was thinking this the other day: I don’t consider it work, really. I’m like the luckiest guy on earth. This is the dream job to have.

[laughs] What was the first question again?

Oh, of course. What would you say HARD is, in your own words?

We’re trying to be the electronic music festival that focuses on the music. I think it’s really important. I’ve been involved with the music for almost 20 years. I’m trying to be the guy that when you think of electronic music, the first thing you think of is good music instead of drugs. I think so many times over the years the electronic music scene has been ruined or dragged through the mud because of drugs. And you know kids come there, and they think it’s a place to come to party and do ecstasy or whatever, and my job as a responsible promoter is to make it a place where you can come and listen to great music, and if you’re going to try and be stupid and sell drugs, or, you know, pop all these pills or whatever… That’s not what our festival’s about, and that’s not what we’re producing.

You know, we’re producing a festival working with everybody to make sure it’s safe and that it can continue. I wanna be known as the guy that, like, gave electronic music credibility. Because it’s always been that dance music has always had this cheesy kind of element to it, and I’ve always tried to get people to focus that, hey, there are some really, really talented musicians and some great music that comes out of this world, but it gets overshadowed by all the other bullshit. And I think that’s what HARD set out to do, and I think we’re doing it. I think in the beginning we just got lumped in as just another rave like everyone else, but now people are seeing like in the cities and with the local authorities, we walk the walk. Like, you know, we’re not just saying “Oh, yeah we’re not a rave,” and then we have 15-year-olds passed out on the floor. Most of our events are 18+, or sometimes 21+, and if someone shows up and they’re too shady, we don’t let ‘em in. We search ‘em, and we really go the extra step to make it safe and make it so that we’re able to continue doing this for the next 10 years.