It’s not often that I leave a show speechless, feeling a deep desire to merely contemplate what I’ve just heard. The best live music experiences have certainly done this for me, as I walk out wide-eyed into the cool night air and think, What the hell just happened? The first time I heard Kaija Saariaho’s music, the first time I saw Charles Ives’s Fourth Symphony, and a number of my favorite Phish shows all come to mind. And there I was, sitting in the small theater of The Kitchen in Chelsea, dumbfounded by the International Contemporary Ensemble‘s set closing performance of Mario Diaz de León’s Portals Before Dawn.

It was akin to some kind of half apocalyptic, half psychedelic dawn, with droning synthesizer chords, atmospheric electronic tape effects, swells of intense percussion, and gorgeous, otherworldly melodies from the piano, flutes, and bass clarinet. Portals Before Dawn never loses track of the melody, as Diaz de León has a finely attuned conception of line and continuity not often found in the fragmentary, frenetic world of 21st century composition. His tools include noise and dissonance, but also triadic harmony and minimalist repetition. At times, Diaz de León’s music recalled the stretched, ethereal soundscapes of post-rock or ambient music, bits of Sigur Rós and Explosions in the Sky. It’s a reminder that the SONiC Festival’s composers, all under age 40, are often fluent in many musical worlds.

Preceding this climactic work were six other pieces by five composers that ran the gamut from fun and playful to heavy and serious. ICE always brings in a solid draw, in part because of the virtuosity, onstage charisma, and wily experimentalism of its players. Flutist Claire Chase certainly embodies this characterization, as her flute becomes an extension of her body, able to amplify and distort the sounds of her mouth. In the opening piece, Marcos Balter’s Edgewater, Chase directed gusts of breath, hard consonant sounds, and hums through her alto flute’s mouthpiece while playing a rapid fire, aggressive melodic line. She was joined on this piece by flutist Eric Lamb, who somehow managed to match her nimble finger and mouth work on a bass flute. The two were playfully pitted against each other, almost pushing and fighting with the melody between them. 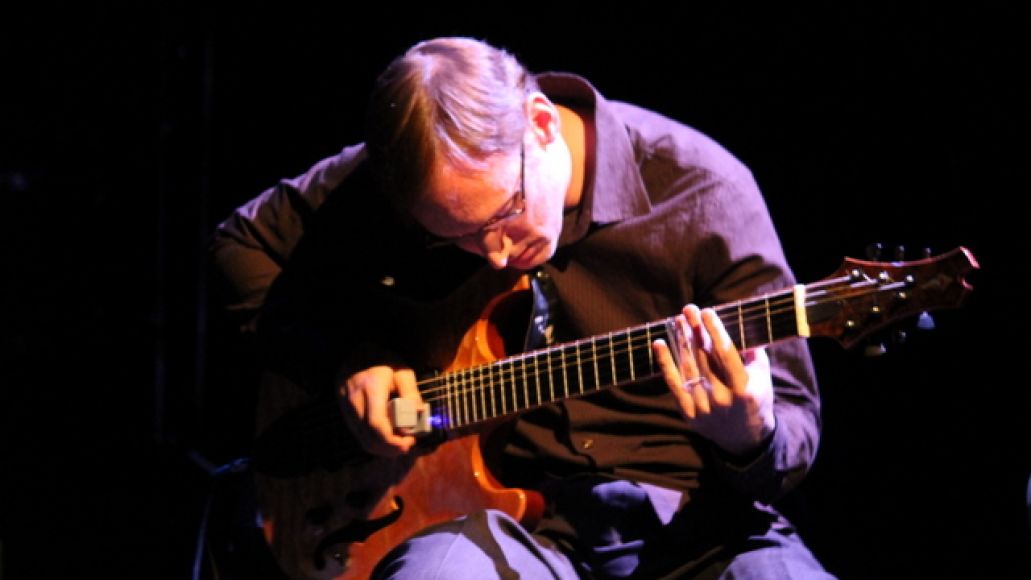 Lamb showed that he is as equally talented as Chase with Phyllis Chen’s Beneath a Trace of Vapor for flute, tape, and electronics. The tape part is made up of Lamb’s playing with added effects, and so the piece becomes a duet with himself, each flute ringing out in high pitched dissonance and flowing lower pitches alongside sweeping electronic noise effects. Lamb’s arsenal of breath effects and warped glissandi were truly spectacular, as the piece came to a frenzied peak before dying down.

Unofficially, it was electro-acoustic night for the SONiC Festival, as all but two shorter flute pieces utilized either pre-recorded tape or live electronic sound manipulation. The two most successful of these were Du Yun’s Viscissitudes Alone for guitar and tape, and Steve Lehman’s Manifold for winds and live electronics. The Shanghai-born Yun combines the Eastern sound of the zither with the Western steel-stringed acoustic guitar. Guitarist Dan Lippel explored a set of rhapsodic, quasi-improvisatory melodies and fast-strummed rhythms to the pre-recorded accompaniment of Yun’s distinctly exotic zither and Lippel’s own playing. The piece truly found its legs when Lippel switched to an electric guitar played with a slide and EBow, creating long washes of sound that moved effortlessly between pitches. 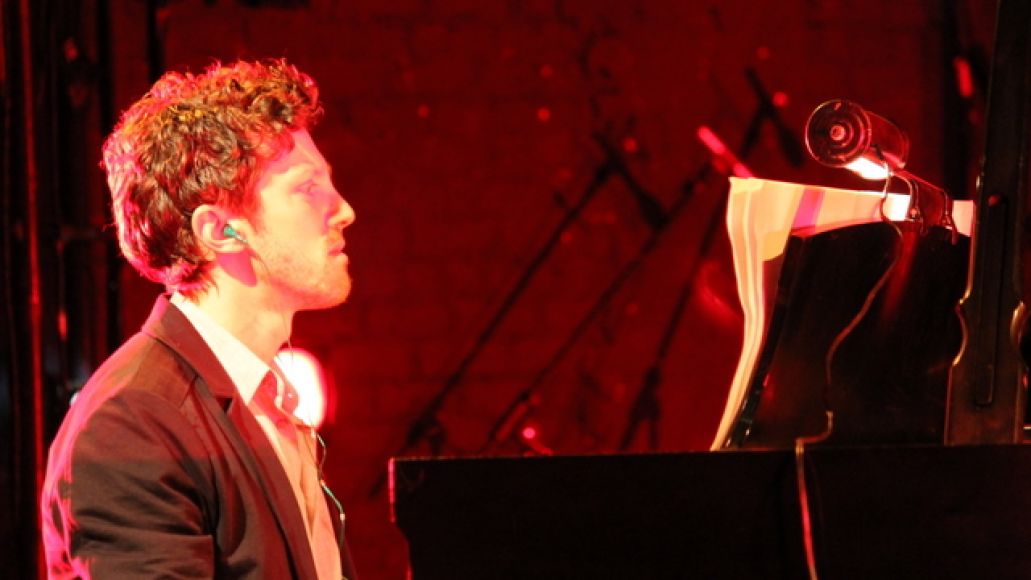 Lehman’s Manifold began with more droning electronics, flute, and clarinets before acquiescing to a more chaotic free jazz sound, spurred on by the introduction of saxophone and a regular beat. The live electronics were especially impressive, as they responded to the improvisatory feel of the wind melodies by fragmenting, repeating, denaturing, and reconstructing the various sounds and melodies. Lehman’s other work, Lenwood & Other Saints Who Roam The Earth, was more of a character piece in the tradition of Schumann’s DavidsbÃ¼ndlertÃ¤nze - enjoyable but not spectacular. Similarly, Nathan Davis’s Dowser for solo bass clarinet clearly showed an impressive artistic effect and aesthetic goal, but was less successful in performance. The SONiC Festival continues this weekend, with a marquee draw on Saturday night featuring a free show that includes a world premiere by The National’s guitarist, Bryce Dessner. Along with CMJ all week, it’s a damn fine time to be a new, young musician in New York City.