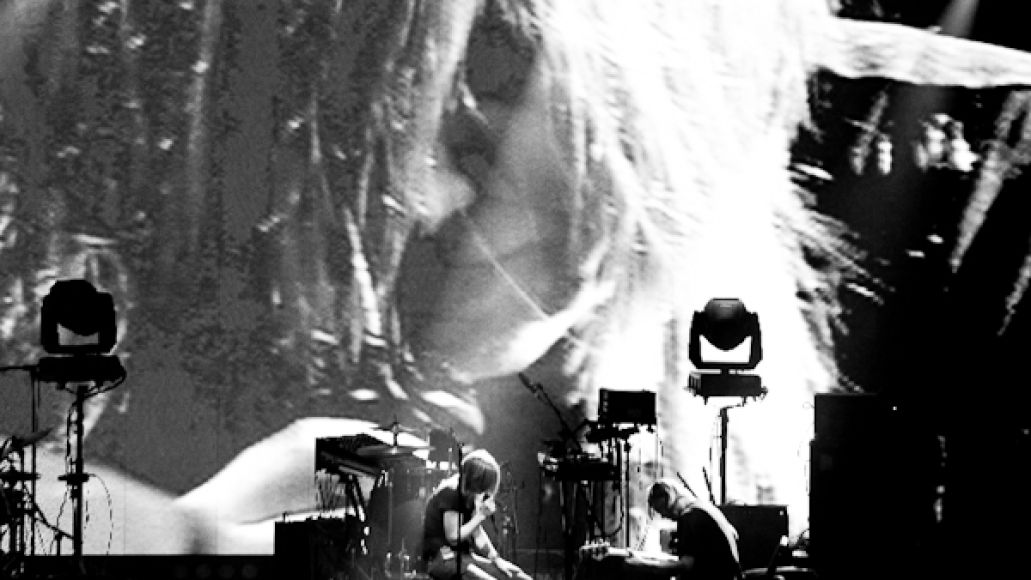 Portishead control themselves. The first sign of it is the way singer Beth Gibbons’ grips her microphone: a full upperbody squeeze as if she’s holding two barbells to her chest. The entire show at Chicago’s Aragon vibrated with a masterful balance of fat bass and velvet seduction that ushered in the audiences’ collective catharsis.

The trip-hop pioneers have released only three albums in their 20-year career — 1994’s Dummy, a self-titled follow up in 1997 and Third in 2008 — but in their careful way, less is more powerful. Their restraint acts as an emetic for the snarl of heavy emotions everyone keeps balled up in their gut (hence Portishead’s hallowed place on the soundtrack to teenage pining and breakups circa 1997). Time after time during the show, the band was wrenching it out of us. They’ll pit the naked shatter of a snare drum against Gibbons’ porcelain crooning or a sludge of bass against the sharp pierce of Geoff Barrow’s vinyl-scratching, then tease these opposites until they’re wrapped around in an elliptical swirl, right on the tip of chaos. And there’s that lump in your throat. 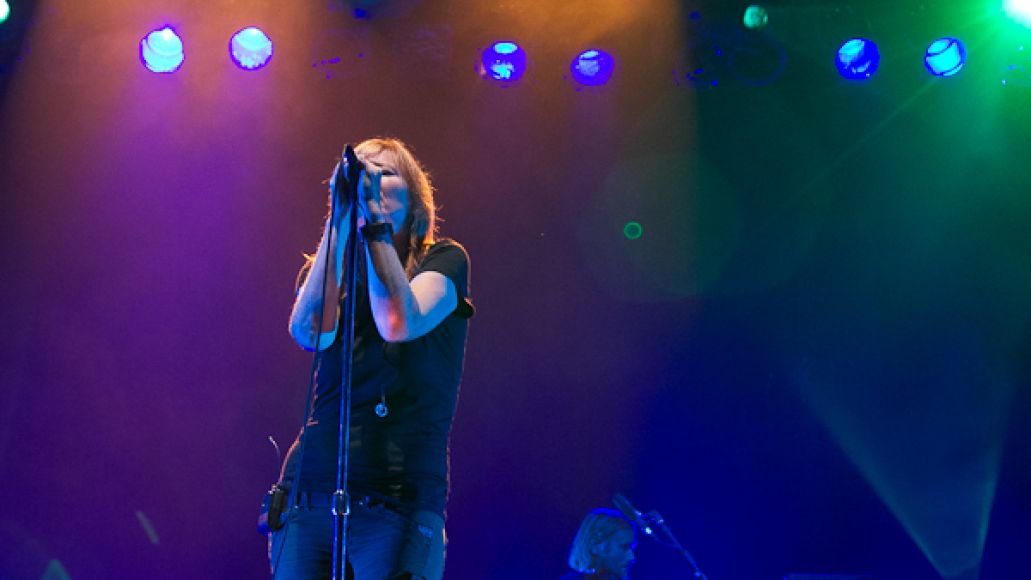 Barrow and Gibbons, along with multi-instrumentalist Adrian Utley, were joined onstage by three side musicians. A backdrop video screened a mix of hazy live feeds, abstract scribbles, black-and-white nature footage and, during one song, a gorgeous hand-drawn, 16mm-shot animation by Nick Uff.

For a band as tight as this, with every piece in place, it was unsurprising that the show’s only downfalls, albeit small, were not of their making: the Aragon’s oppressive heat and a crackling speaker that frizzled out for a minute or two during “Mysterons” (to which a beery guy stage right unhelpfully yelled “Shut the fuck up!”). 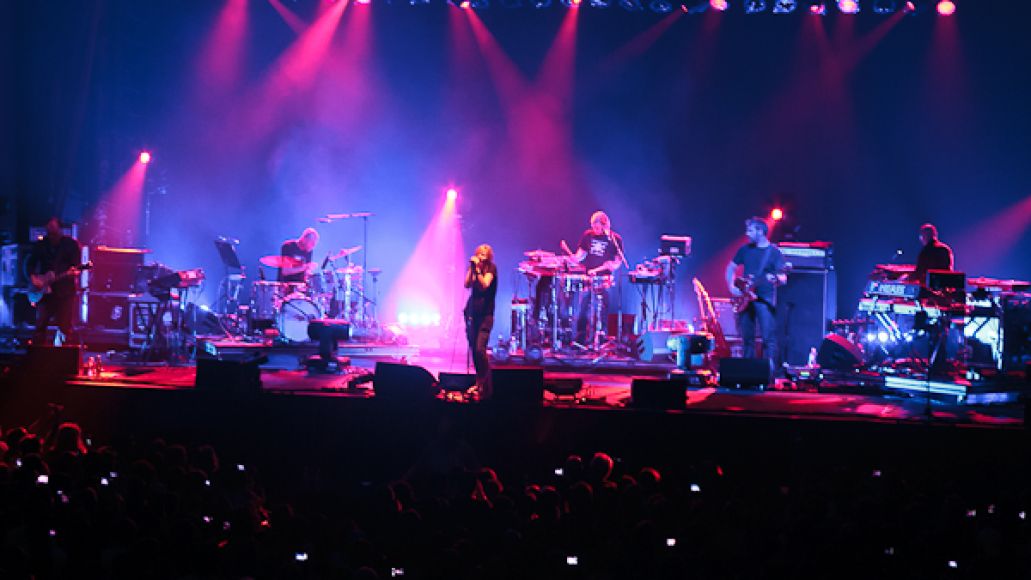 Anyway, the sound was good enough to showcase Portisheads’ music in all its vibrant stickiness, especially Gibbons voice. It was the aural equivalent of riding inside a super-zoomed, up-close camera, like in the insect-life documentary “Microcosmos”. Her voice has lost none of its dexterity, and in fact she’s gained more over the years. From the trademark slink of “Glory Box” to the shivering vibrato of “Wandering Star”, she commanded it throughout the show with jaw-dropping precision.

After main-set closer “Threads”, a floor-shaking footstomping brought back Portishead for “Roads” and “We Carry On”, building up to a tense, electric finish. At the end, Gibbons, on stage after a glad-handing jaunt into the audience, said the first words anyone in the band uttered all night, giddy and grinning ear to ear: “Thank you.”