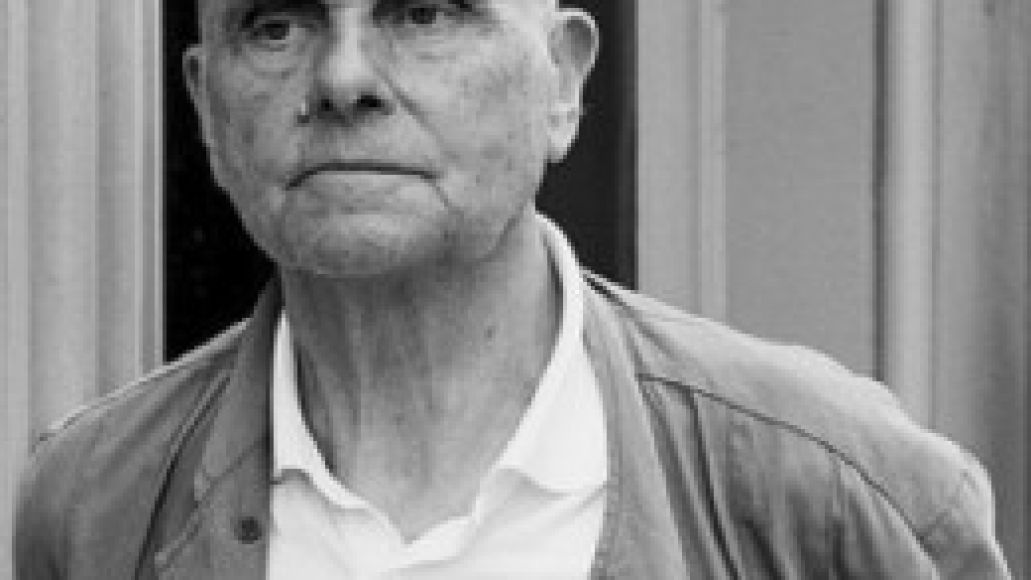 For the past few months, AC Entertainment has been surprising festivalgoers with the ever-evolving lineup for their second annual Asheville-based Halloween extravaganza, Moogfest. From now until the weekend of the festival, we will be sporadically putting the spotlight on some of the talent that can be found on the eccentric lineup. Today, we feature legendary German musician Hans-Joachim Roedelius.

Hans-Joachim Roedelius is a man whose legend looms large. While some Moogfest attendees may glance over his name without thought, those actively involved in electronic or krautrock music know that Roedelius is a giant in both genres. He’s been making music since the late ’60s, including groundbreaking work with Cluster and Harmonia. Hailing from Germany, most of his commercial success has come overseas, which means his U.S. appearances are not a common thing. Always prolific, Roedelius is currently involved in at least two other projects in addition to his own solo work, and he’ll be performing two separate sets at Moogfest – one solo and one as part of Lunzproject, a collaborative effort with Tim Story. We talked to the legendary musician to discuss Brian Eno, Cluster, Bob Moog, and more.

You’re playing ATP New Jersey soon, then embarking on a US tour ahead of Moogfest. Do you still enjoy touring at 76 years young?

Young is the right explication. Only my body feels the age, not my mind.

You’ve remained very prolific since you started making music in the 60s. Do you see yourself slowing down anytime soon?

On the contrary, I’m working more and harder than ever, but I’m also very motivated, because now I know much better than in the beginning what to do and how. And moreover, it’s not only electronic music I create, it’s also (what I love a lot) pure acoustic and my own text/poetry that I recite at special occasions, and poetry of writers I love such as Rilke, Borges, and others.

A good percent of the audience at Moogfest wasn’t born when you began making music with Cluster and later Harmonia. If you could tell them one thing about yourself or your music to convince them to see your show, what would it be?

Come and see/hear an originator performing his authentic music and moreover twice, once as soloist and second with his longtime friend and US collaborator Tim Story as part of the Lunzproject, which is a global-wide, well-respected musical collective that played festivals such as Ether in London’s Royal Festival Hall, Detroit’s DIA (Detroit Institute of Arts), Tirana’s festival Moving Cultures, Vienna’s jazz club Porgy & Bess, and such.

Do you approach your solo set and your Lunzproject set differently?

It’s different musical material. As a soloist, I improvise out of the moment with keyboards and synths using especially pre-prepared sound materials of many kinds. With Tim Story, I’m going to play mainly songs from our albums Lunz and Inlandish, but we also improvise together in the style of our first album, The Persistence of Memory, which is a record  that was very much influenced by Cluster.

You’ve collaborated with Brian Eno multiple times in the past. How did that collaboration first come about, and what was the experience like? Have you retained a relationship with him over the years?

Brian came to Hamburg in 1974 to attend one of our Harmonia concerts. He liked it very much and came onstage to play with us. We invited him afterwards to come to our place in Mid Germany to do serious studio work with us, and he came two years later and stayed with us for about 10 days, sharing our community activities and playing with us, recording onto a 4-track tape machine. Some of what we did came out later as Harmonia ’76 Tracks and Traces, and this material, along with three bonus tracks, was released again two years ago as Harmonia & Eno 1976 via Groenland-Records in London. We got along very well with him and he with us when he was there. He obviously liked the way we behaved in our little community and helped a lot, such as cutting wood in the forests, shopping, cooking, and such matters. The relationship never broke. I just met him in London for a video interview that my daughter Rosa did for our own little festival, More Ohr Less

Brian Eno, of course, will be a special guest at Moogfest. Any chance that you two collaborate during the weekend?

We didn’t yet speak about such a possibility.

What caused Cluster to break up last year? What are your thoughts on it now, being a year removed?

It’s too complex to explain why Cluster split, but as a result, there’s Qluster, with another friend as second member, almost half of my age, with whom I’m collaborating already for more than 15 years, in many different constellations. I think it was the right moment to stop Cluster. We were together for more than 40 years, and our last studio album “Qua” says a lot about our ideas and compositional qualities. I think it is the greatest swan song ever that a group of that long experience and fame did.

Other than the lineup changes, what is the most significant difference between Qluster and Cluster, or even Kluster?

It’s only the personnel that has changed, but even so that Onnen Bock as half of my age is second member; he might be replaced sometimes by other colleagues that are my friends, or even by musicians that I don’t know yet but would like to join me in Qluster. Qluster is a project open for many different constellations.

You were one of the major figures in krautrock, the influence of which is still being felt today. How do you feel about your role in influencing today’s music?

I’m still after what I did from the beginning : Learning by doing! If people like what I’m doing, that says a lot to me. I appreciate that very much, but it doesn’t change my way of living. Art is not something beside my daily life; art is a most relevant part of my state and behavior as a human being. I’m not split into the artist there and the person here. I’m one in one. 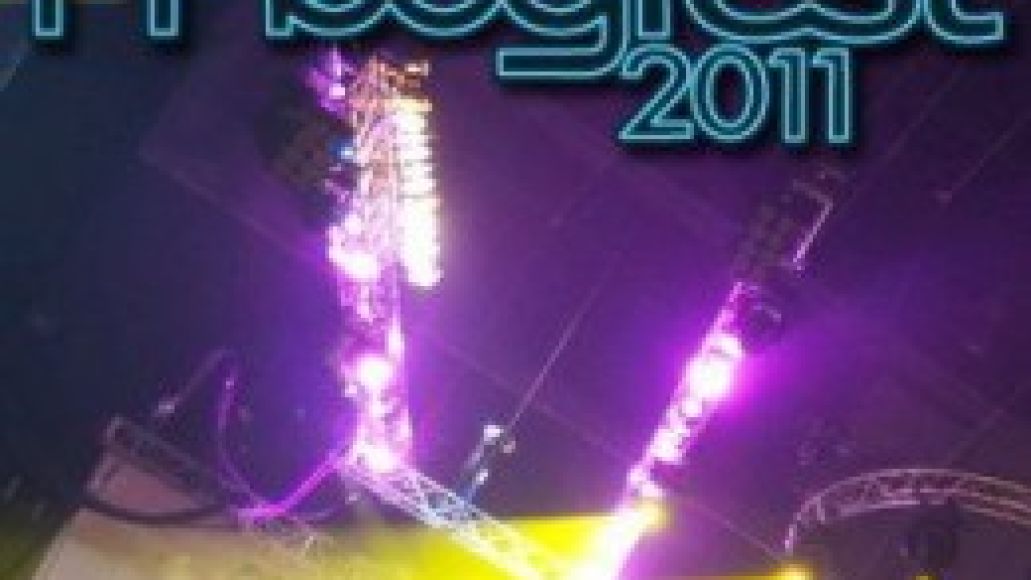 You, Tangerine Dream, Brian Eno, and Suicide are legends among the electronic music scene, and you will all be appearing alongside up-and-comers like Flying Lotus, Crystal Castles, and M83 at Moogfest. In your mind, is it important that the younger generation of musicians know and respect what came before them?

Of course, in a way, but not in general. When I started to become an artist, I didn’t care at all about tradition, but because I knew nothing about composition, music, about how to play an instrument, I had to learn everything myself. I’m a self-taught composer/musician. That’s something to reflect about for the youngsters, because if you have to start like I did, if you’re looking after to find your own tone-language, if your aim is to do something really authentic, if you’re able to continue to go your own way even so you can’t make your living from it, but you know you have to do it, you’re sure that one day your art will catch the attention of a broader audience, that more and more people will like it, because you knew all the time during the process of learning what you’re doing that you did relevant art, that’s a totally individual, personal approach to art, to life itself, somehow, not comparable with the traditional approach.

To get into music/composition the traditional way, that’s very difficult, even much more than when you teach yourself from point zero. Because you have to fulfill well-known rules, conventions, you have to rehearse and rehearse and rehearse your instrument, you have to be clear, smart to understand the requests of art, that “traditional” art has to conquer a market on which thousands of talented people have to fight to get the necessary attention, to get the respect of a public that needs to be fed by art to become aware of the real values of life itself not only by perfection, empathy, intelligence, also by an understanding that expresses itself in the way of how artists show up with what they’re doing.

On the other side of that, do you feel a need to keep up with what is happening with the current music scene?

I’m not in the situation to keep attention to anything else than my own art.

You’re playing with Simeon from Silver Apples at ATP as Silver Qluster. How did that come about, and is there any chance that it happens again beyond that one show?

ATP’s main spiritus rector Barry Hogan is one to follow the ideas of the curators he’s choosing for each ATP festival program, wherever they happen. It was Nick Cave who wanted Harmonia to play in Sydney’s ATP some years ago; it’s this year Geoff Barrow of Portishead who wanted me to play with Simeon Coxe as Silverqluster. I think Simeon and I should continue to play together if New Jersey works out well. I’m already in contact with the director of the Donaufestival in Lower Austria who wants me to play next year there, and I told him to invite Simeon as well for a collaborative set.

You’ve been making music for 40+ years and have built up an extensive catalog. Do you have a personal favorite album from your own work?

Is there any space in particular that you would like to play or record?

Have you been to Asheville before? If so, what did you think of the town?

Oh, yes, twice already. I feel at home! I have friends there. I did bike rides up and down hills with one of them and my daughter in 1999 when I was playing a concert there. I guess it’s one of the rare cities in the US where people can really live a healthy life. The food is soooooo gooooood.

What are your thoughts on the legacy of Bob Moog and the Moog brand that he left behind?

I would like to own, or at least be able to use, some of Bob’s instruments for future recordings. I’m a friend of a guy in Vienna who owns one of Bob’s special singular modular synthesizers that’s connected to a polymoog and -organ, called AARCHY, an instrument of a special beauty, designed in high-grade steel. My friend and I offered this instrument as a musical sculpture to be exhibited and played by famous Moog players to the Museum of Modern Art of Francesca von Habsburg, here in Vienna. She hasn’t answered yet, whether she would like to do it. Perhaps the Moog Foundation in Asheville is interested to get and exhibit it? 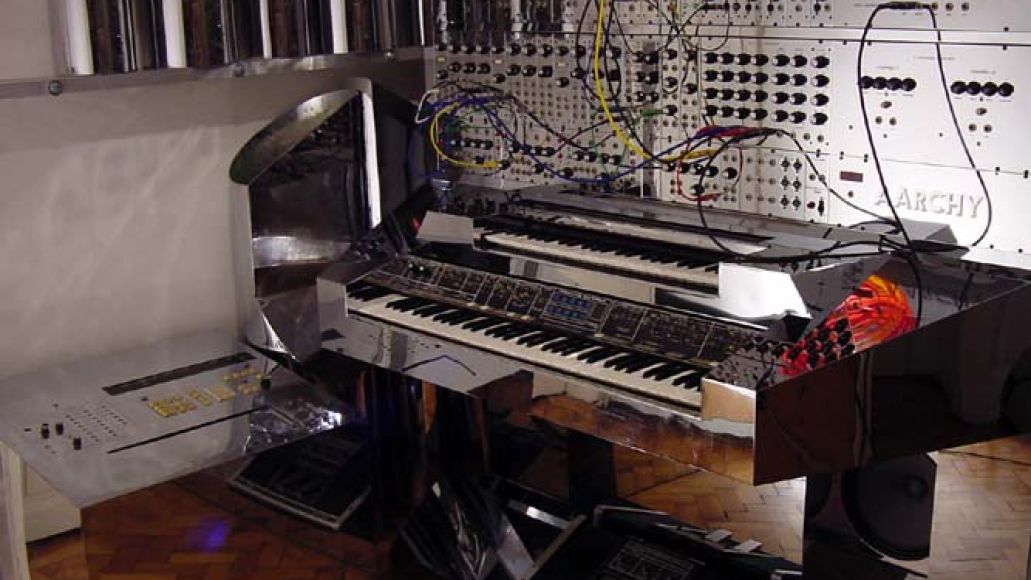 What can fans expect from both of your Moogfest shows?

Originators at work with their authentic music.

Make sure to check out Hans-Joachim Rodelius at Moogfest, performing solo Saturday at 5pm at the Diana Wortham Theatre, and as part of Lunzproject Friday at 11:30pm in the same theatre.