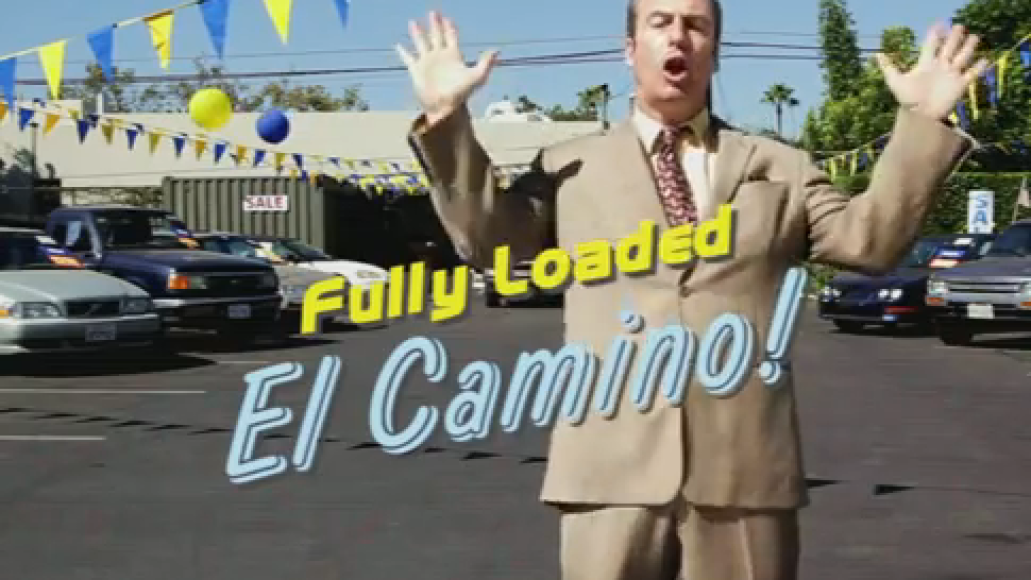 Well, looks like The Black Keys have returned. That is, if we’re to take Bob Odenkirk’s cryptic clues to heart. In an exclusive clip released by Funny or Die, Odenkirk plays salesman Ross Lipnick – you know, of Lipnick Used Cars – who is trying to push a used 1984 El Camino with a sale date that reads December 6th. Have a quick read through the clip’s summary via YouTube:

Who could Pat or Dan be? Gimme a break. You don’t have to be an ace at Where in the World is Carmen Sandiego? to get this one. It would “appear” that El Camino is the not-so-long awaited follow up to last year’s critical and commercial smash, Brothers. And, that it’s due out December 6th. But maybe we’re reading too much into this. Check out the clip and decipher it for yourself.

We’ve reached out to the band’s representation for comment, but it’s Columbus Day and no music publicist is working. Stay tuned for more.